Britain’s booze hotpots revealed: How genteel Canterbury, Lichfield and Aylesbury are among towns most blighted by alcohol due to soaring numbers of late-night bars

The number of town centres and neighbourhoods blighted by alcohol-fuelled problems has soared by 200 per cent in a decade in the wake of Labour’s 24-hour drinking laws.

There are now 222 hotspots classed as being overrun with problem pubs or bars, Home Office figures reveal.

This is up from 71 in March 2007, when licensing laws had been relaxed for just over a year.

Large cities have identified the most troubled hotspots – with eight in Newham in East London, seven in Newcastle-upon-Tyne, and six each in Islington in North London, Sutton in South London, Liverpool and Leeds

Drink-fuelled crime is thought to cost the economy £11billion a year.

Labour talked of bringing in a Continental-style cafe culture when it introduced round-the-clock opening, despite opposition from police and ambulance staff.

But the Home Office’s report on alcohol and late night refreshment licensing shows that disorder sparked by alcohol has spiralled.

The rise in districts suffering alcohol-driven chaos – known officially as ‘cumulative impact zones’ – has occurred over the decade since Labour overhauled drinking legislation in 2005.

Authorities are encouraged to identify zones where the number of pubs and bars is ‘giving rise to specific problems that could undermine … prevention of crime and disorder and public safety’.

Trouble ranges from street robbery and fighting to drug dealing, theft and litter. 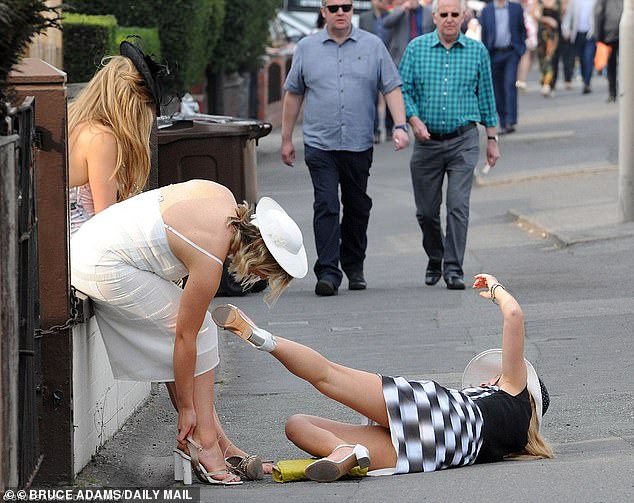 Only eight local authorities – including Liverpool, pictured above, Nottingham and Newcastle-upon-Tyne – have taken up the levy scheme, raising just £1.7million

In these areas, also known as ‘saturation zones’, town halls are allowed to control the number of bars, clubs and pubs in a bid to cut crime or anti-social behaviour.

Large cities have identified the most troubled hotspots – with eight in Newham in East London, seven in Newcastle-upon-Tyne, and six each in Islington in North London, Sutton in South London, Liverpool and Leeds.

But many are in smaller, previously quiet places, including Aylesbury in Buckinghamshire, Lichfield in Staffordshire and Canterbury in Kent.

Ministers estimated that 94 local authorities would implement the levy when it came into force in 2012.

But only eight – including Liverpool, Nottingham and Newcastle-upon-Tyne – have taken up the scheme, raising just £1.7million.

Councils criticised the fact that the rules have to apply to the whole of the local authority area, not just troubled hotspots. 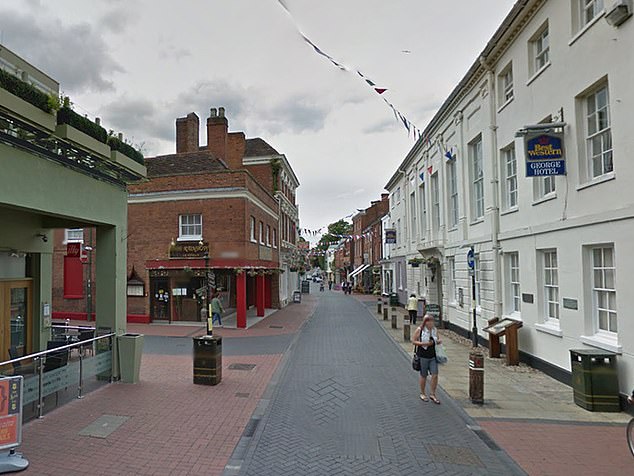 Large cities have identified the most troubled hotspots, but many are in smaller, previously quiet places, including Lichfield in Staffordshire, above (File photo)

Now, under changes to the Police and Crime Act, up to 17,000 takeaways opening after midnight could be forced to pay the levy towards the costs of policing booze-fuelled disorder and street cleaning.

The Government is planning a consultation for the spring. The expanded levy is expected to rake in £14.9million nationwide.

Dr David Green, of the Civitas think-tank, said: ‘Late-night drinking has not been without harmful consequences, and it has not led to the development of a tranquil night-time culture. It has led to an increase in rowdyism at a time when the police are under strain.’

A Home Office spokesman said: ‘We are committed to reforming late night levies so that more areas make effective use of them to deal with problem individuals and premises.’