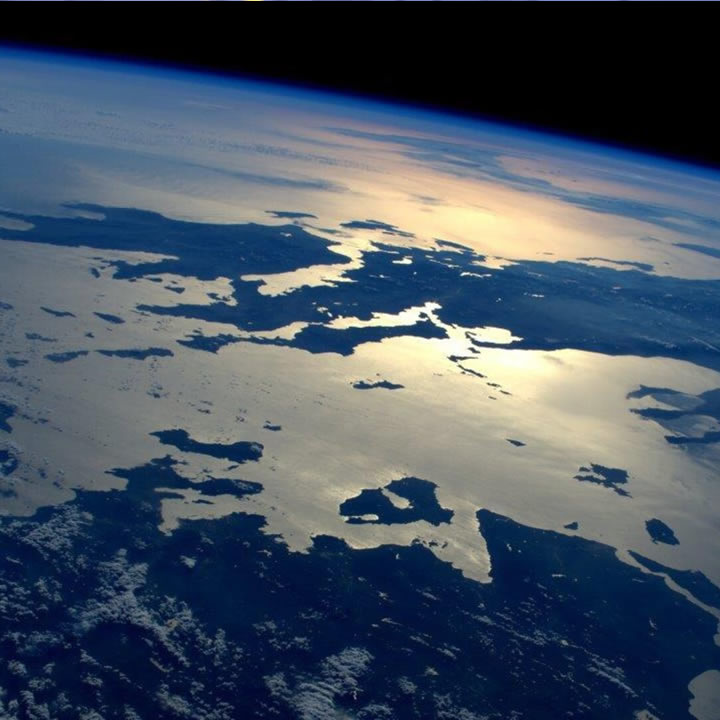 If you take an interest in the commercial use of space, then chances are good that you’ve heard of Capella Space. The company, founded by CEO Payam Banazadeh, has been the talk of many industry insiders for its innovative use of satellites to provide data about the planet’s surface.

Following the recent launch of a prototype satellite, known as Sequoia, the company is now delivering on the promise of its premise with a string of exciting images. To better understand the company’s work, and the vision of its founder, we’ve taken time to analyze a few of those images and what they can tell us about the future of the collection of data from space.

If you haven’t followed Payam Banazadeh online or looked to the many pieces that have been written about his work, you may be unfamiliar with the basic technology underlying his company. Let’s take a brief look at that now, to better understand why his work has turned many heads in the field of commercial space usage.

Most of us are familiar with the use of optical imaging satellites to provide images of Earth’s surface. These satellites are well known for the striking images they’ve captured of our planet and the uses they have in mapping and other similar applications. However, this technology has limitations when it comes to its use for continuous imaging of the planet.

That hefty limitation is why the CEO and his team turned to alternative technology to see if they could achieve continuous imaging of the Earth from space. That technology is known as Synthetic Aperture Radar (SAR). Rather than rely on external sources of light, satellites utilizing SAR actually emit their own energy and direct it towards the Earth’s surface.

After bouncing off the planet and returning to the satellite, the reflected energy can be used to generate an image of the Earth. Since the energy utilized in SAR can penetrate cloud cover, the technique can be employed at night and during inclement weather, providing continuous imaging capabilities for the entire planet at all times.

One recent image from the space company shows the manner in which its technology can be used for monitoring water usage. The image shows the South-North Water Transfer Project based in Tianjin, China. By depicting up-to-date conditions of the Yongding New River, the image is helping to provide an accurate representation of how the country is utilizing its natural resources to accommodate population growth. While the project is providing water to residents of the area, it has also been criticized for contributing to climate change, spreading agricultural pesticides, and diminishing the potable water table.

With the image providing accurate and actionable data on how the water project is affecting these many related areas of conditions on the surface, it is helping to show how the technology can be used in conservation efforts. One historical challenge in this area has been the ability of conservation agencies and groups to obtain actionable data about the real-time effects of environmental degradation. It has also been difficult for these groups to get updated information about the effects their efforts are having on the environment. The recent images from the SAR satellite help to show how the company’s technology could help conservationists in their fight to protect the environment.

Another opportunity to showcase the company’s SAR data came during a recent incident at Mumbai Port Trust, a port situated on the west coast of India. As the company relays, a decommissioned floating storage and offloading (FSO) vessel known as The Radiant was recently denied entry to the port. It was suspected that the ship was carrying toxic cargo. After being denied entry, the ship was then kept under close surveillance by the country’s coast guard. The event was captured in high resolution by the company’s satellite, allowing onlookers to track the interaction as it unfolded.

The imaging data helps to demonstrate the technology’s ability to track granular changes in port activity anywhere in the world. Such an ability provides organizations across the global economy with the ability to update shipping logistics in response to infrastructure changes. If one port becomes overburdened by traffic, an informed shipping company can simply reroute to a nearby destination. Through the use of SAR technology, shipments can be more efficiently delivered and can utilize fewer resources to accomplish their tasks.

One more example of the company’s SAR technology in action comes from an image it released of oil fields in Odessa, Texas. The image illustrates the technology’s ability to locate drilling towers as well as other telltale drilling equipment. It provides a stark example of the resolution that can be achieved through the company’s satellites and the ability to be used to track ongoing operations on the ground.

The company has also noted how its imaging data can be utilized by analysts and machine learning algorithms to identify various stages of fracking operations. This can be accomplished through an analysis of infrastructure usage and vehicle presence on oil well pads. The ability to monitor ground conditions in this way allows organizations to better understand how different economic sectors are engaging in operations and can help regulatory agencies have a clearer picture of whether or not companies are adhering to their guidelines.

For those interested in the usage of space for commercial operations, Payam Banazadeh and his company, Capella Space, have been points of interest for some time. The company’s use of SAR technology has many in the field excited by the potential for continuous surface-level monitoring.

Now that the company has launched its prototype satellite, Sequoia, it has begun releasing images that are highlighting its ability to follow through on its promise. To see the images for yourself, look to the company’s online presence and become better acquainted with the potentially groundbreaking applications for its imaging technology.