Capital gains tax on your home? Think tank calls for homeowners to be taxed on house price rises

Capital gains tax on your home? Think tank calls for homeowners to be taxed on house price rises to pay for coronavirus

A new ‘property capital gains tax’ on all homes sold in the UK should be introduced to ensure that the costs of the coronavirus crisis do not fall unfairly on young people, a think-tank has said.

The Social Market Foundation is proposing a 10 per cent tax on the gain made from a rise in house prices when a property is sold, or when it is inherited after the owner’s death.

The SMF’s recommendation would mean the current capital gains tax exemption on first homes would be scrapped. In other words, CGT would apply to all properties, including the ones where owners reside, which are currently exempt.

The new tax would mostly affect older people, who own most of Britain’s property

The tax on ‘unearned’ gains would mostly affect older people, who own most of Britain’s property and who have benefited from a stellar rise in house prices over the past decades.

Over-55s currently hold 65 per cent of the total equity in homes, which is worth more than £5trillion, including mortgage debt, having more than doubled in the last 20 years, according to the report.

Michael Johnson, who wrote the report, said: ‘The vast £5 trillion pool of equity in homes presents the Treasury with an opportunity to pay for the economic damage done by the coronavirus, through the introduction of a capital gains tax on the unearned gains in the value of property.

What is capital gains tax?

Capital gains tax is levied on gains made from the sale of second homes, holiday homes, shares and investment funds – although the rate charged depends on the asset being sold and whether the seller is a basic, higher or additional rate taxpayer.

On sales of second homes, the respective rates are 18 per cent and 28 per cent.

But there is a vast array of rules and exemptions underlying the system, which has created all sorts of loopholes and incentives that weren’t originally intended by the Government.

Currently, gains crystallised in this tax year (ending April 5, 2021) of up to £12,300 are exempt from the tax because of the so-called capital gains tax allowance.

‘The alternative is that the young will have to pay for a debt-laden future. They are already hugely disadvantaged, financially, relative to older generations. Asking them to bear the burden of this crisis in the decades ahead would be unfair and unreasonable.’

The tax would help raise £421billion over the next 25 years, according to calculations by the Social Market Foundation.

It would basically be a flat rate tax of 10 per cent on all homes sold or inherited and would replace stamp duty, which would be abolished, and inheritance tax on first homes, which would also be scrapped.

This is the latest of a number of proposals on capital gains tax after Chancellor Rishi Sunak last week ordered a ‘review’ of capital gains tax, signalling a future raid on the wealthiest taxpayers to help pay the gigantic bill for combating Covid-19.

‘Many will not have the cash and could only afford it by taking some of the equity from a property sale transaction and using it to pay HMRC,’ she said.

‘That would subsequently discourage people from moving and slow transactions. The Chancellor has only just introduced temporary Stamp Duty relaxation to get things moving, so it is hard to see him taking steps that could disturb property sales.’ 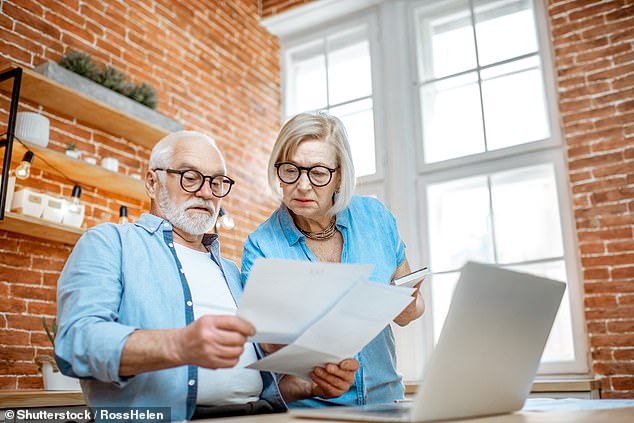 The tax would help raise £421billion over the next 25 years, according to the report

Griffin also says that it could harm people planning to downsize in retirement and hoping to unlock some cash to supplement their pension.

She added: ‘This could lead people to use equity release instead, to mitigate the tax threat and stay in their existing home. Similarly, it might also be favourable for them to hold onto their family home until death to benefit from CGT uplift.’