Captain Tom Moore raises more than £1.2million for the NHS amidst coronavirus pandemic

A Second World War captain has raised more than £1.2million for ‘our brave nurses and doctors’ in the NHS by walking in his garden.

Captain Tom Moore, 99, set out last Thursday to walk 100 lengths of his garden before he turned 100-years-old on April 30.  He originally hoped to raise £1,000 for NHS Charities Together, but smashed that total in less than a day.

In less than a week the Bedfordshire veteran has captured the nation’s heart and raised more than £1.2million to support doctors and nurses as they battle on the frontline of the coronavirus pandemic.

Speaking before 9am today, before fundraisers met the million pound milestone, Cpt Moore said: ‘[Raising £1million] would be absolutely marvellous for our brave nurses and doctors who are the frontline in this case.

Captain Tom Moore is doing 100 lengths of his garden in Bedfordshire before he turns 100-years-old on April 30. So far his sponsored walk has raised more than £1.2million 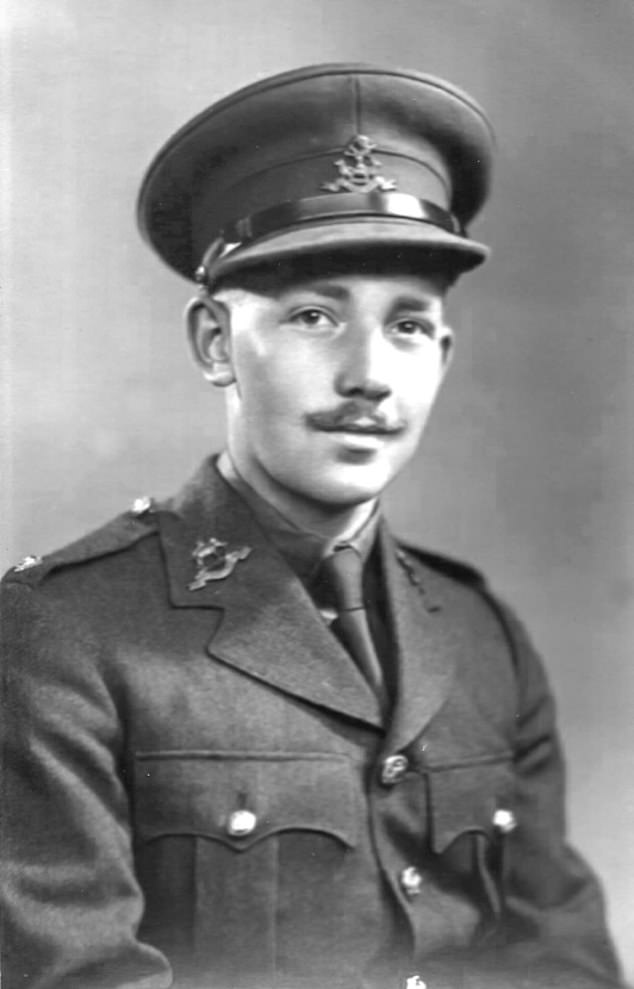 During the Second World War Tom Moore was posted in India, serving and fighting on the Arakan in south east Asia. He later joined the Armoured Fighting Vehicle School in Bovington.

‘Whereas in the last war we had soldiers in uniform in khaki, this time our army are in doctors and nurse’s uniform. They’re doing such a marvellous job.

Tom and his family set out to raise £1,000 initially, but as donations flooded, the family decided to raise the target, with the latest goal set at £500,000, a figure that was comfortably beaten yesterday.

Speaking this morning Tom’s daughter Sophie said: ‘We have decided as a family we won’t reset the target. We feel that we have shown a window into the world of a gem. Now the nation has taken this gem of a man into our hearts.

Showing his gratitude for the overwhelming support Brits have seen him, the Second World War captain said: ‘I would say thank you, very very much, you’re so kind and it’s such a benefit to many many people. 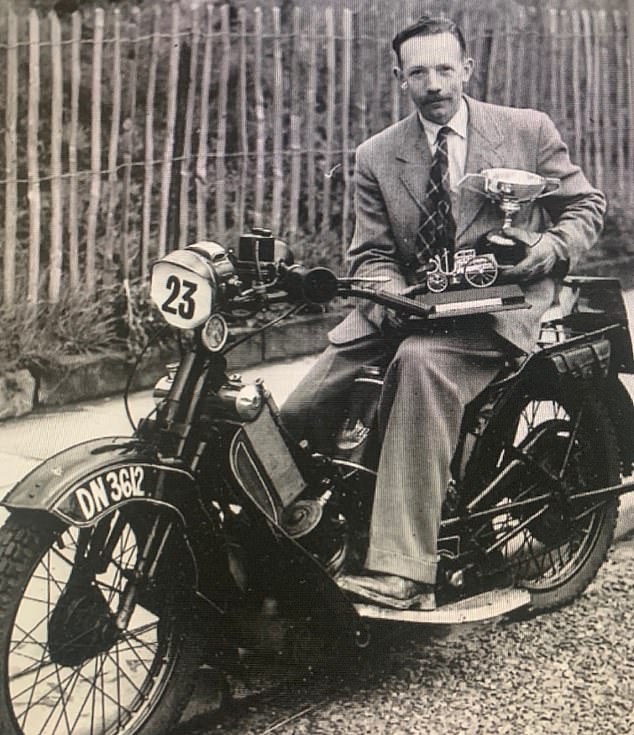 ‘You’re giving hope to the people who are at the moment find it very, very difficult, but we shall survive and we shall get through it in the end.’

Signing off, Good Morning Britain presenter Piers Morgan said £1million should be ‘just a stepping stone’ for the fundraiser.

On Monday Piers personally donated £10,000 toward the cause and told the near-centenarian: ‘Captain Tom Moore, thank you for serving your country. I’m so glad that we were able, through the brilliant NHS, to serve you back and keep you going.

‘Good luck – I want to get you over the line today. Here’s what I’m going to do, Tom, I’m going to put £10,000 of my own money into your fundraising today and I hope that encourages everyone watching at home to do the same.

‘Little or small, whatever you can do. Let’s get you over the half a million. You’ve got 10 grand from me.’

The donation meant he had raised more than £400,000, 24 hours later, the total has more than doubled. 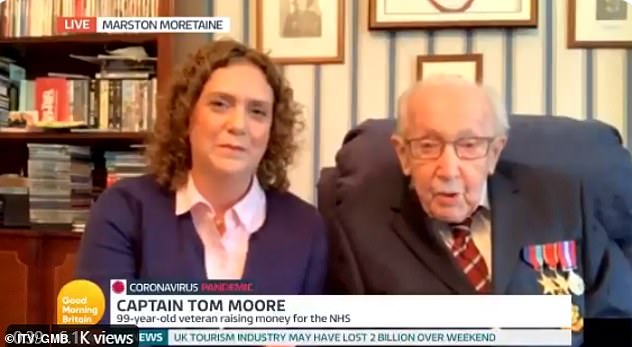 The 99-year-old tweeted his thanks to Susanna Reid and Piers for having him on the show, adding: ‘Piers – I salute you’.

During the Second World War Tom Moore was posted in India, serving and fighting on the Arakan in south east Asia. He later returned to Britain to be an instructor at Armoured Fighting Vehicle School in Bovington.

Viewers took to Twitter to praise the £10,000 donation from Piers, with one user describing the presenter as a ‘hero’.

Another wrote: ‘Thank you Piers Morgan! You are a true gent. There are no other words to say! From a proud and exhausted NHS worker.’

Speaking on Monday, Tom said: ‘It’s fabulous that people are being so kind to give so much money to the NHS.

‘If you’ve ever been in hospital you’ll know that the nurses change shifts around 9am and come in bright eyed and bushy tailed but they must be apprehensive about wandering into the lion’s den.

‘They don’t know what they’re in for but my god are they brave.’