Car crashes into hedge, flips onto its nose and spins 360° after driver ‘had been drinking’

This is the dramatic moment a car skids into a hedge causing it to flip onto its nose and crash down on a driveway.

Ann Horwood, 72, from Luton, was shocked to find the smashed-up car sitting at the bottom of her driveway on New Bedford Road early on Sunday morning.

Mrs Horwood, who is retired, said she heard an ‘almighty crash’ at 7.22am and drew back the curtains to see what had happened. 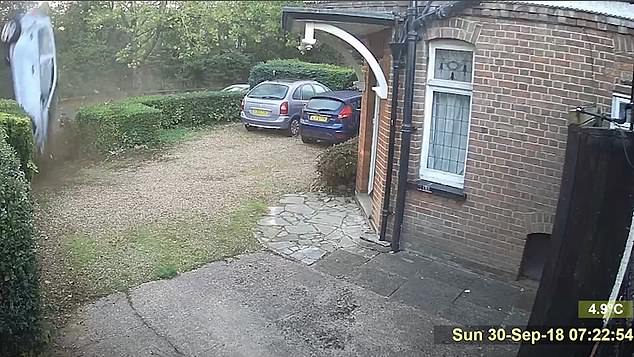 The vehicle then pivots on its nose before smashing back down to the ground. The footage was captured on home CCTV cameras in Luton

She said: ‘My husband went out there straight away and there was a passerby on the scene who had said he reckons the driver had been drinking.

‘The Police arrived approximately five minutes after and the police officer said he suspected he had been drinking too.

‘The car took out a bit of the hedge. If it hadn’t been for the hedge on the left then the car would have carried on into the neighbours. I reckon the hedge saved the drivers life.

‘The man got out the car and walked into the ambulance although he didn’t look like he knew what he was doing.’

Mrs Horwood said about 45 minutes later a pick up truck came to take the car away.

In the video, filmed on a home CCTV camera, the car can be seen sliding down the road causing dust to fly up around it. 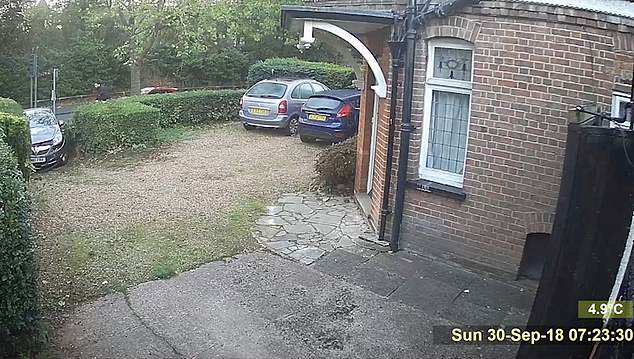 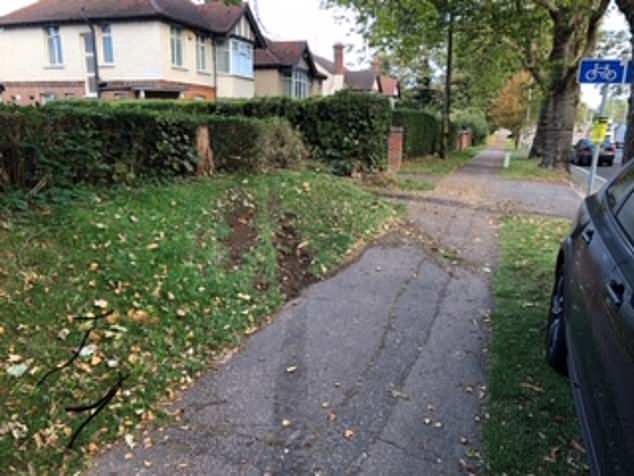 As it approaches the entrance of the Horwood’s driveway, the car clips one side of the hedge taking out a rose and causing the vehicle to flip.

The car spins 360 degrees in the air before pivoting on its nose and crashing to the ground.

The front bumper appears to be shaken loose and the bonnet is also slightly raised.

Seconds after the collision a passerby in a red car pulls up near to the crashed vehicle and a man gets out.

He walks towards the car and looks through the window before getting his phone out.