A man has been arrested after he drove his car through marchers at an immigrant rights rally.

Shocking pictures and video footage from Thursday afternoon shows one protester jumping on the hood as the car lurched forward and then stopped.

Police quickly surrounded the vehicle and arrested Daniel Wenzek, 56, after the horrifying collision at the demonstration in Brea, California.

The union helped organize the protest and President David Huerta said the four union members and two staff were ‘victims of what appears to be a deliberate and hateful crime.’

Daniel Wenzek, 56, was arrested and charged with assault with a deadly weapon after he drove his car through the crowds at an immigration rally. One demonstrator is seen clinging to the hood of the car

A video released by Cohen showed the car pushing through a line of demonstrators marching in a crosswalk. Several protesters pounded on the hood and one was pushed as the car inched ahead.

Another demonstrator jumped on the hood as the car pulled ahead perhaps 50 feet, then stopped in the middle of the intersection as police rushed in and ordered the marchers to get away from it.

Wenzek was arrested for investigation of assault with a deadly weapon, Hawley said. He was later released pending results of the investigation.

Cohen said Wenzek did not say anything as he drove through the protesters.

A woman who answered a phone number linked to Wenzek refused to allow an Associated Press reporter to talk to him and hung up.

Records show Wenzek was convicted in 2006 of committing lewd acts against a child under 14. 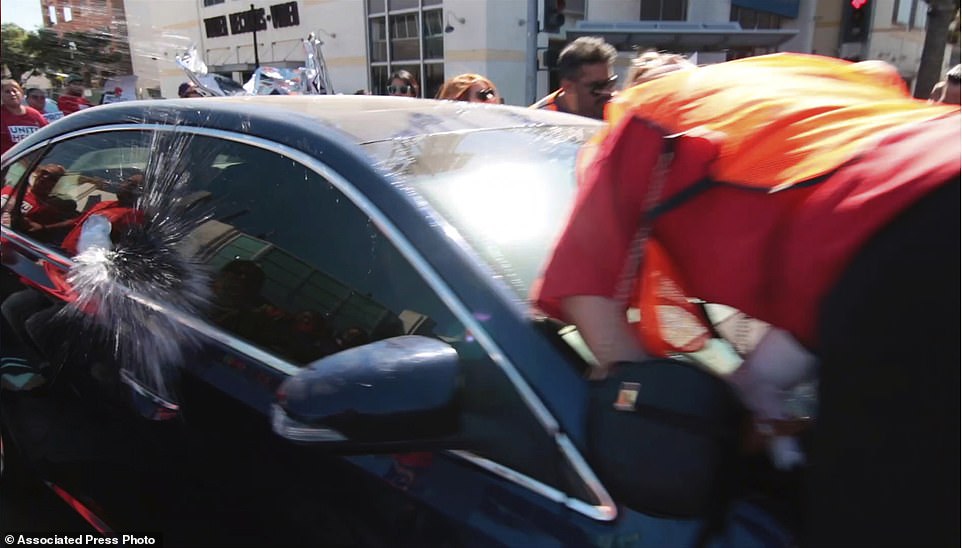 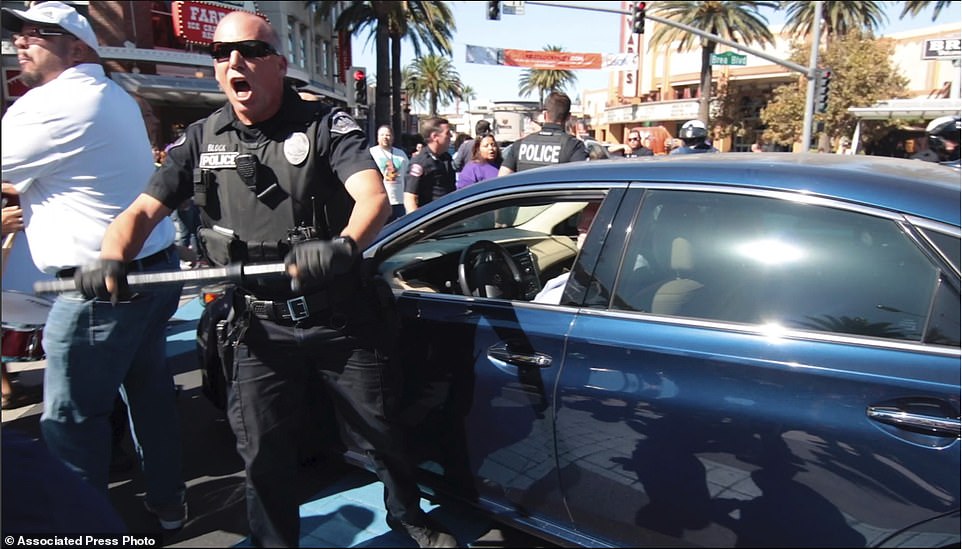 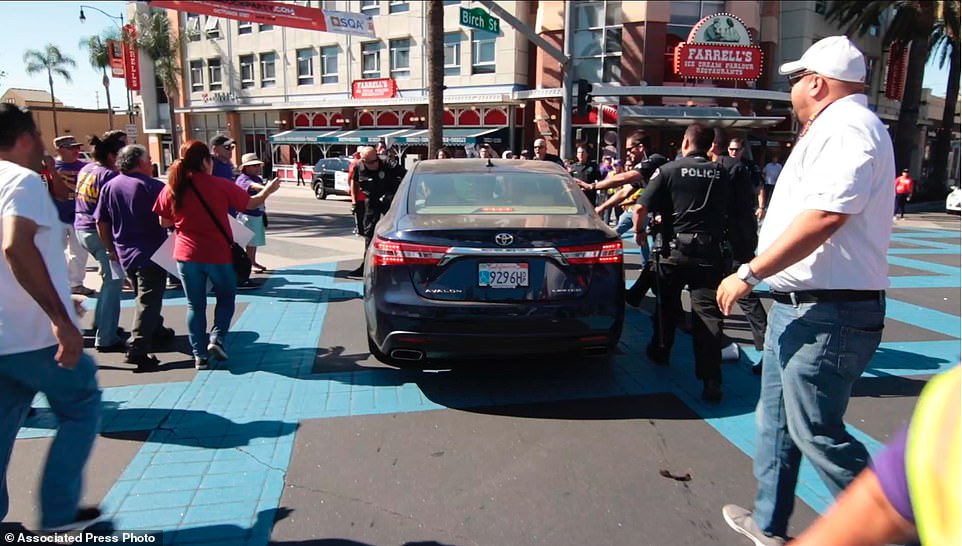 Brea police Chief Jack Conklin said none of the demonstrators sought first aid. He said he did not know why the man drove through the intersection where people were gathered