Sight and sound are perhaps what we associate most with cars. A loud engine or sleek styling are usually what draws the most attention.

But it seems smell is of equal importance — whether that’s older cars full of damp dog hairs and detritus or the smell of new cars which people either love or loathe.

Like personal hygiene, car smells are a sensitive subject and contribute towards a multi-million pound odour industry offering a wealth of off-the-shelf air-freshening products.

Pong control: Car-makers go to great lengths to ensure that fabrics, trims, chemicals and processes used in the interiors of modern cars do not provoke nausea

Fresh off the line

Car-makers go to great lengths to ensure that fabrics, trims, chemicals and processes used in the interiors of modern cars do not provoke nausea among occupants.

They also employ rare experts with highly sophisticated senses of smell to help isolate and remove such odours.

Peter Karl Eastland, for example, is dubbed the ‘Nose of Nissan’ because of his exceptional talent in this regard. He plays a big role in the development of new models, including the current Qashqai SUV.

Armed with a master’s degree in chemistry with forensic science from Leicester University, he has also been blessed from an early age with an extremely acute sense of smell.

He leads a panel of engineers and technicians to ensure that any new-car smell is just right, and the first impression is always a pleasing one, and that the experience isn’t compromised by any unappealing odours.

This involves careful analysis of all materials used, which can take up to four years during development.

If a new material or chemical negatively affects the overall cabin ambience, Peter and his colleagues identify alternatives.

Explaining how he first became aware of his exceptional sense of smell, Peter said: ‘I remember as a young kid playing games where we had to identify foodstuffs such as crisps, sweets or drinks by their smell alone.

‘I could identify own-brand supermarket items and the leading brands’ products, even when the flavour was meant to be the same.’ 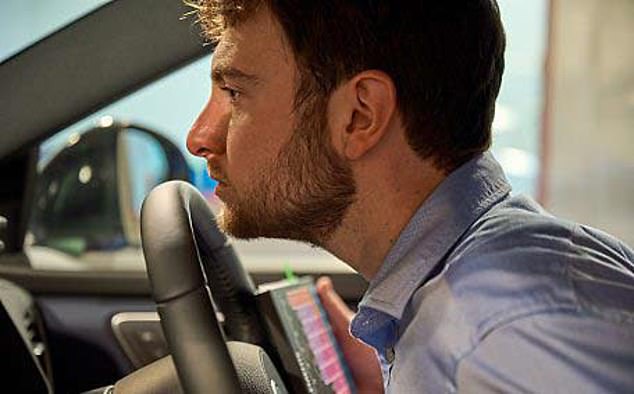 The ‘Nose of Nissan’: Peter Karl Eastland plays a big role in the development of new Nissan models, including the current Qashqai SUV

Peter joined Nissan’s graduate scheme in 2016, where his exceptional olfactory talents were spotted and harnessed when his current role became vacant.

He combines his nose talents with his other responsibilities for forensic analysis of how materials behave, seeking solutions for any problems uncovered.

He explains: ‘Part of our job is to make sure any material that we source is going to be perfect in terms of odour. I work with a lot of materials, for example polymers, rubbers and adhesives. Having a trained nose means I can tell the difference between fake and real leather, cloth and fabric etc.’ 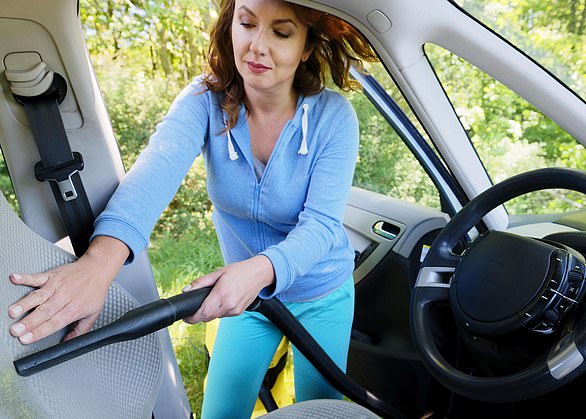 The UK company highlights how the interaction of so-called volatile organic compounds (known as ‘VOCs’) from these new interior materials can cause bad, chemical smells in cars.

Hundreds of these VOCs are present in the cabin, and they interact in unpredictable ways, which can generate unexpected ‘off odours’.

The firm, based at Stokenchurch near High Wycombe, Buckinghamshire, says the move towards green interiors with recycled or sustainable materials, such as plant-derived plastics, is already having an impact.

Cleaner petrol and diesel cars, and the move to zero-emissions electric vehicles, also means that there’s now more focus on the impact of non-exhaust emissions, including those from materials, such as foam, carpeting and seat covers, and tyre wear.

The company says: ‘Possibly the least understood trend among car buyers is how environmental concerns are impacting the air quality in the vehicle cabin as new and innovative materials, treatments, glues and fragrances are deployed.

‘As traditional materials are swapped for new eco or other alternatives, or seat covers are treated with less toxic chemicals, or the vehicle is constructed with more glues rather than rivets, the challenge and risks of bad smells grows.’

Emissions Analytics also stresses that while a bad smell may be unpleasant, it is not necessarily harmful to health.

Similarly, the absence of a bad smell does not guarantee there is no adverse health impact.

The firm also highlights cultural differences around the world: ‘While Western car buyers tend to like the “new car smell”, Asian buyers are less keen.

‘Removing this smell has, therefore, been the focus of regulations in Japan, Korea and other such countries.’

Maserati has launched a new second-generation Gran Turismo coupe, with a choice of petrol or all-electric power.

The 200 mph long-distance 2-plus-2 GT sports cruiser marks a new chapter in the history of the Italian car-maker, that began 75 years ago with the Maserati A6 1500 — and is the first car in the brand’s history to offer a 100 per cent electric powertrain. 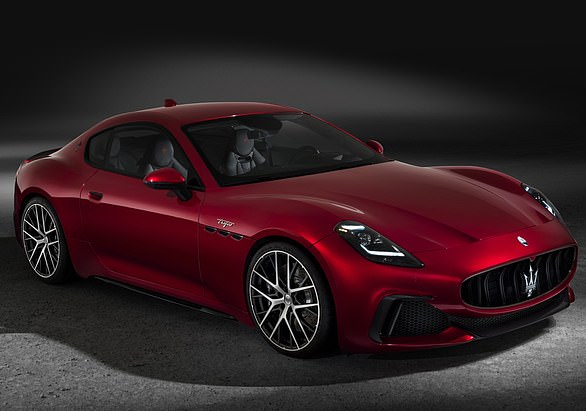 Sprinter: Maserati’s Gran Turismo Folgore costs about £200,000 and accelerates from rest to 62 mph in only 2.7 seconds

Priced from about £150,000 and arriving next spring, the petrol version is equipped with a 3.0 litre V6 Nettuno twin-turbo engine available in two versions: the 490hp Modena or the high-performance 550hp Trofeo version, which manages rest to 62 mph in 3.5 seconds.

Costing about £200,000 and arriving next year, the all-electric 760 hp GranTurismo Folgore (meaning lightning) sprints from rest to 62 mph in only 2.7 seconds and is an Italian challenger to Germany’s Porsche Taycan. 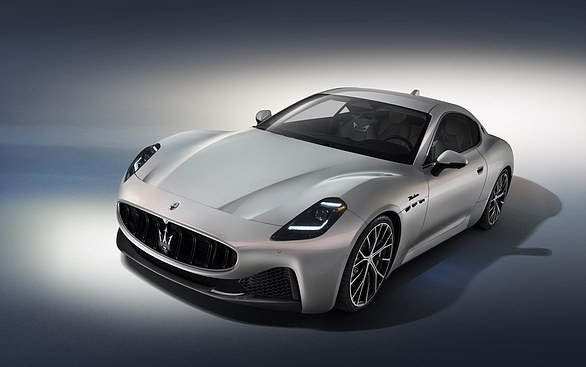 The petrol GranTurismo is equipped with a 3.0 litre V6 Nettuno twin-turbo engine available in two versions: the 490hp Modena or the 550hp Trofeo version

While the V6 petrol will enjoy a charismatic exhaust note, the electric Folgore will have external and internal speakers pumping out a ‘unique’ soundtrack fusing electric whirrs with a simulated V8 engine.

There’s also a 75th anniversary edition at launch. By 2025, all Maserati models will come in a full-electric version, and the entire Maserati range will run on electricity alone by 2030.

Research by road safety charity, IAM RoadSmart (iamroadsmart.co.uk) reveals that nearly 40 per cent of the 1,000 drivers surveyed would consider purchasing part-worn tyres to save money as the financial squeeze tightens. 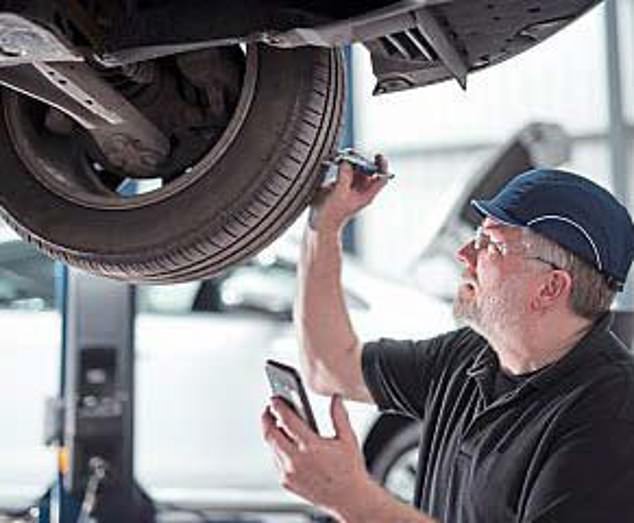 This represents more than 14 million motorists out of the 35.9 million drivers in the UK.

It comes as road safety experts TyreSafe say that on average 159 people are killed or seriously injured every year in defective tyre-related accidents.

A TyreSafe investigation revealed that 63 per cent of part-worn tyres were unsafe to return to the road.