Car ploughs into crowd near train station in Berlin

At least seven people have been injured after a car ploughed into a crowd near a train station in Germany.

One person was reportedly trapped underneath the black Mercedes after it swerved from the road and hit pedestrians in Berlin’s Hardenbergplatz, outside the Bahnhof Zoo station.

Around 55 firefighters were deployed to the scene after the incident at 7am today, alongside police with explosive detection dogs, BILD News reported.

Three people suffered serious injuries in the crash, according to Berlin’s fire department.

At least five people have been injured after a car ploughed into a crowd of people near a train station in Germany. Pictured: The scene today 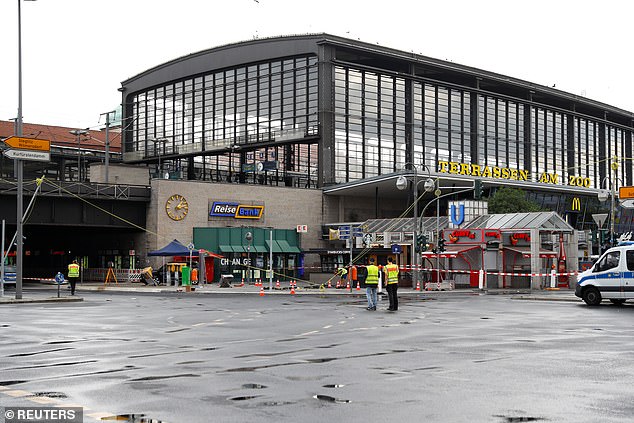 Officials walk past a car which crashed into a group of seven people at Bahnhof Zoo train station in Berlin, Germany

It added on Twitter that one person was resuscitated at the scene, and two rescue helicopters were deployed to help.

A statement said: ‘For reasons not yet clear, a car got off the road and drove onto the sidewalk.

‘Seven people were injured, three of them seriously. One person had to be resuscitated. Many of those affected are cared for in a pastoral manner.’ 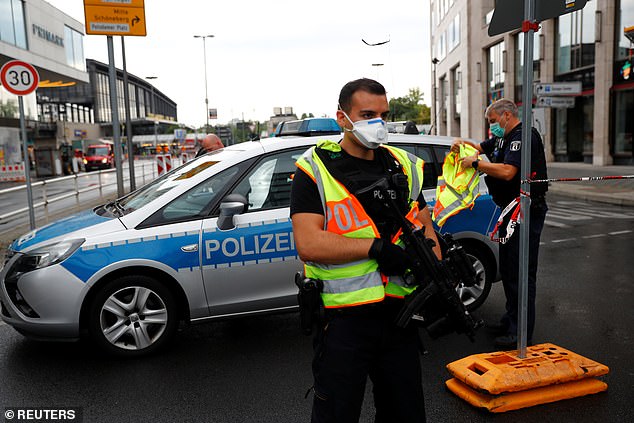 The driver was arrested at the scene after being apprehended by security forces, police told BILD News.

The force added there is currently no evidence the crash was ‘politically or religiously motivated,’ the Mirror reported.

An investigation into the incident is ongoing.