Atmospheric levels of the greenhouse gas carbon dioxide have reached another record high, a new report has revealed.

The last time the Earth experienced a comparable concentration of CO2 was between three million and five million years ago, according to experts from the World Meteorological Organisation.

Scientists claim this enduring trend towards greater levels of carbon dioxide in the atmosphere will lead to more severe climate change — from rising temperatures to extreme weather.

This rise was similar in extent to the one observed from 2016–2017, and slightly above the average of the increases seen across the last decade.

Atmospheric levels of the greenhouse gas carbon dioxide have reached another record high, experts from the World Meteorological Organisation are warning (stock image)

‘There is no sign of a slowdown, let alone a decline, in greenhouse gases concentration in the atmosphere despite all the commitments under the Paris Agreement on Climate Change,’ said WMO Secretary-General Petteri Taalas.

‘We need to translate the commitments into action and increase the level of ambition for the sake of the future welfare of the mankind.

‘It is worth recalling that the last time the Earth experienced a comparable concentration of CO2 was 3–5 million years ago.

Experts predict that the rate of global greenhouse gas emissions will not reach a peak by 2030, let alone in the next decade, if current climate policies remain unchanged.

In September of this year, the UN’s ‘United in Science’ report — authored by various major partner organisations who undertaken climate research — also indicated that greenhouse gas emissions had continued to rise across 2018.

These findings, scientists warn, are highlighting the considerable and growing gap between agreed climate targets and the actual real-world scenario we are facing. 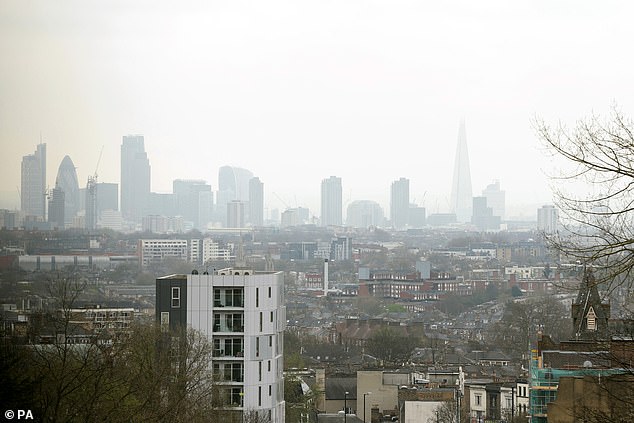 Experts also found that the concentrations of fellow greenhouse gases methane and nitrous oxide also swelled from 2017–2018, rising at a higher rate than seen at any other time during the past decade.

The observations that led to these conclusions were collected by the so-called ‘Global Atmosphere Watch Network’, which has stations in such diverse settings as tropical islands, mountain chains and the remote Arctic.

Alongside this, the report highlights how the burning of fossil fuel is the main contributor to the rising levels of atmospheric carbon dioxide.

There are various indicators to support this conclusion — notably that the radio of radiocarbon-free carbon dioxide in the atmosphere is increasing.

This fingers fossil fuels as the source, as they were formed from plant matter millions of years ago and consequently do not contain radiocarbon.

According to the US National Oceanic and Atmospheric Administration, there has been a 43 per cent increase in the warming effect of atmospheric greenhouse gases since 1990 — with carbon dioxide accounting for 80 per cent of this effect.

Once emitted into the atmosphere, carbon dioxide remains there for centuries. In the oceans, it can persist for even longer.

A complementary ‘Emissions Gap Report’ will be released by the United Nations on 26 November, examining the latest research into current a estimated future greenhouse gas emissions.

It will compare these with the minimum emissions levels required to achieve the goals of the Paris Agreement — this divide between where we are likely to end up and where we need to be is referred to by experts as the emissions gap.

According to UN Secretary-General Antonio Guterres, the UN’s Climate Action Summit in September — during which the United in Science report was published —had delivered ‘a boost in momentum, cooperation and ambition.’

The matter will be carried forward to the UN Climate Change Conference, which is to be held in Madrid, Spain, from 2–15 December 2019.

‘But we have a long way to go,’ Mr Guterres added.

‘TIME IS RUNNING OUT’: DAVID ATTENBOROUGH’S WARNING TO HUMANITY 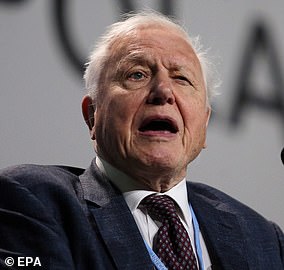 Your excellencies, ladies and gentlemen.

‘We the peoples of the United Nations’.

These are the opening words of the UN Charter.

A charter that puts people at the centre.

A pledge to give every person in the world a voice on its future.

A promise to help protect the weakest and the strongest from war, famine and other man-made disasters.

Right now, we are facing a man-made disaster of global scale.

Our greatest threat in thousands of years. Climate Change.

If we don’t take action the collapse of our civilisations and the extinction of much of the natural world is on the horizon.

The United Nations provides a unique platform that can unite the whole world.

And as the Paris agreement proved, together we can make real change happen.

At this crucial moment, the United Nations has invited the world’s people to have their voice heard, by giving them a seat.

The People’s Seat; giving everyone the opportunity to join us here today, virtually, and speak directly to you the decision makers.

In the last two weeks, the world’s people have taken part in building this address, answering polls, sending video messages and voicing their opinions.

I am only here to represent the ‘Voice of the People’: to deliver our collective thoughts, concerns, ideas and suggestions.

This is our ‘We the peoples’ message.

The world’s people have spoken. Their message is clear.

Time is running out.

They want you, the decision makers, to act now.

They are behind you, along with civil society represented here today.

Supporting you in making tough decisions but also willing to make sacrifices in their daily lives.

To help make change happen, the UN is launching the Act Now bot.

Helping people to discover simple everyday actions that they can take, because they recognize that they too must play their part.

The People have spoken.

Leaders of the world, you must lead.

The continuation of our civilisations and the natural world upon which we depend, is in your hands.