Cardi B laid on the theatrics as she arrived at court on Tuesday for a hearing in her nightclub assaults case dressed in a dramatic black feather coat.

Prosecutors say the victims, who are sisters, were targeted because the 27-year-old rapper believed one of them was having an affair with her husband, Offset.

Cardi was originally charged with misdemeanors but after turning down a no-jail plea deal, was hit with the more serious counts.

She and her co-defendants Tawana Jackson-Morel and Jeffrey Bush all face four years behind bars if they are convicted. 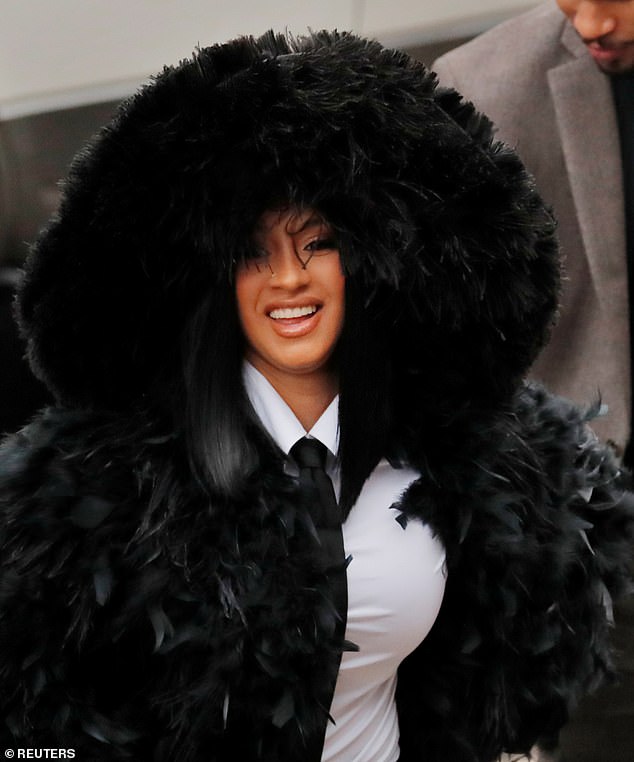 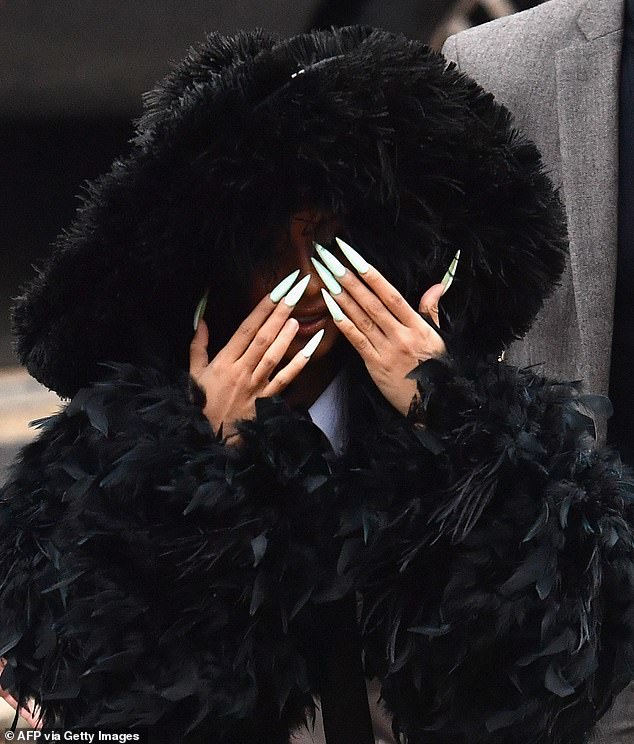 In addition to her extravagant outfit, the rapper sported a frighteningly long set of nails 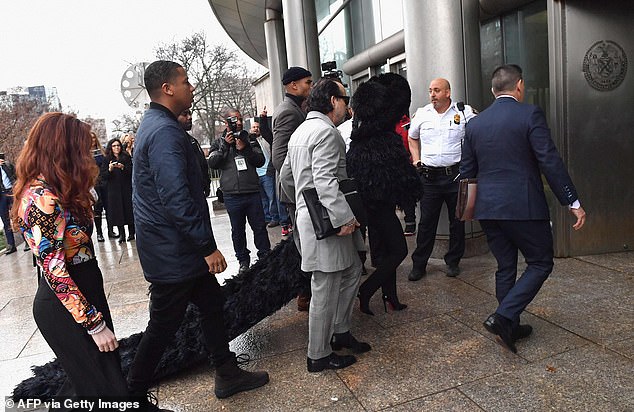 Prosecutors say the rapper, whose real name is Belcalis Almánzar, ordered her co-defendants to attack the unnamed victims.

It was pre-planned on social media, they say.

When they got to the strip club on August 15, 2018, Bush allegedly used his body to block anyone from intervening as one of the bartenders was attacked.

He also allegedly filmed the beating.

They then are said to have returned on August 29. On that occasion, Jackson-Morel allegedly threw a drink in the second woman’s face.

Then, she and Cardi B and others allegedly hurled bottles and glasses at her. 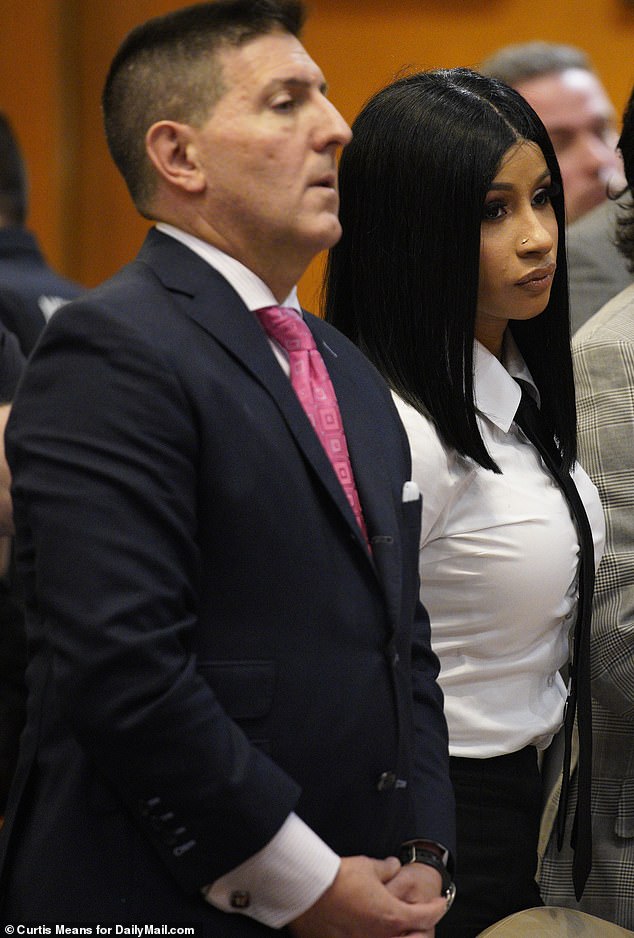 Once inside, the rapper removed her coat and was more serious. She faces four years in prison if convicted 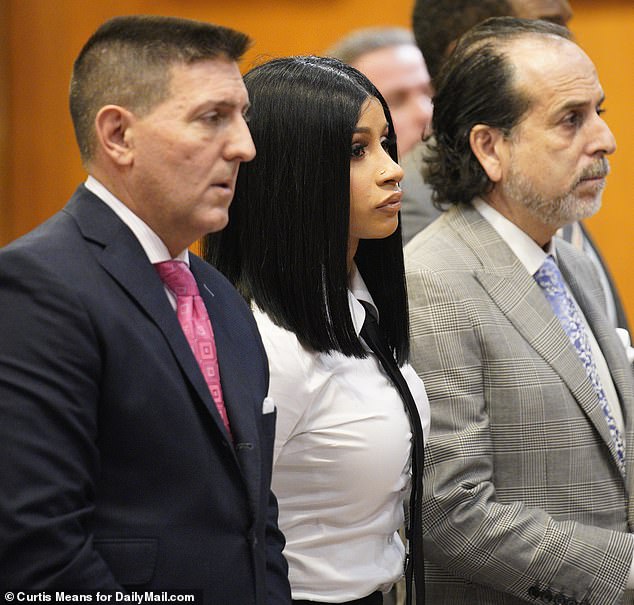 The rapper, through her attorneys, have denied the charges

She has pleaded not guilty to the charges.

Her court appearance comes a day after the publication of her Vogue cover story in which she describes forgiving Offset for being unfaithful.

It is unclear in the story if she is referring to the bartenders or another partner, but she said: ‘When me and my husband got into our issues—you know, he cheated and everything…’

She revealed the pair sought the advice of priests to help them work through their issues. 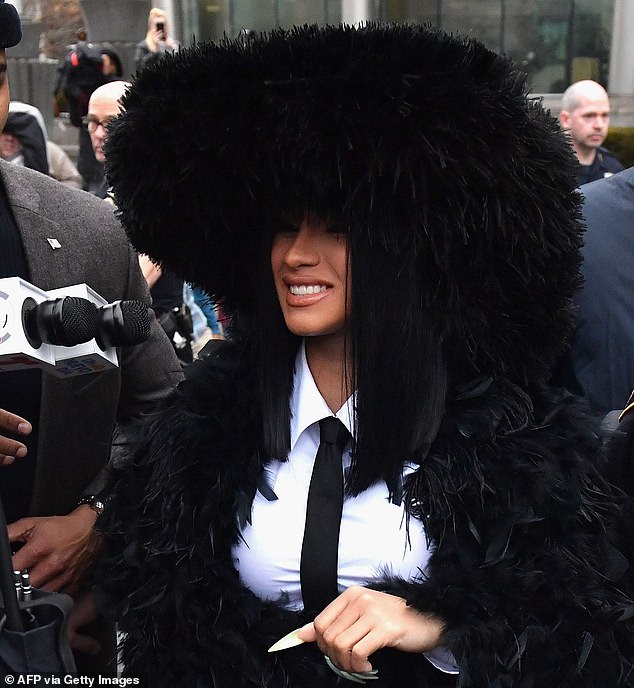