She was thrust into the limelight with the overnight success of Bodak Yellow.

But before turning to rapping Cardi B tried to make it as a comic, with a newly emerged video showing the 25-year-old performing a questionable comedy skit.

In the skit, Cardi teachers viewers ‘ho etiquette’, instructing them how to cleanse  between gentlemen callers if they don’t have time to hop in the shower.

Wowza: Cardi B showed off her toned post baby body in a nude photo on Twitter Sunday, just a few months after she gave birth to her daughter Kulture

However the segment has been branded as racist, by viewers outraged that Cardi claims the cleanse could also be called a ‘Puerto Rican bath, a Haitian shower or a Mexican spa day’.

While TMZ reports that the segment was filmed three years ago, it will be included in Wild N’ Out star’s RIP Michaels’ new comedy sketch show Off the Rip.

Cardi’s character is called Vanilla-Mousse Cupcake and in the video she explains: ‘Now you might call this the Puerto Rican bath, a Haitian shower or a Mexican spa day, I like to call it a ho bath.’

TMZ originally claimed that the skit was shot just a few weeks after she gave birth to Kulture. In the sketch, Cardi is sporting the same short pixie hair ‘do she’s been seen wearing very recently. 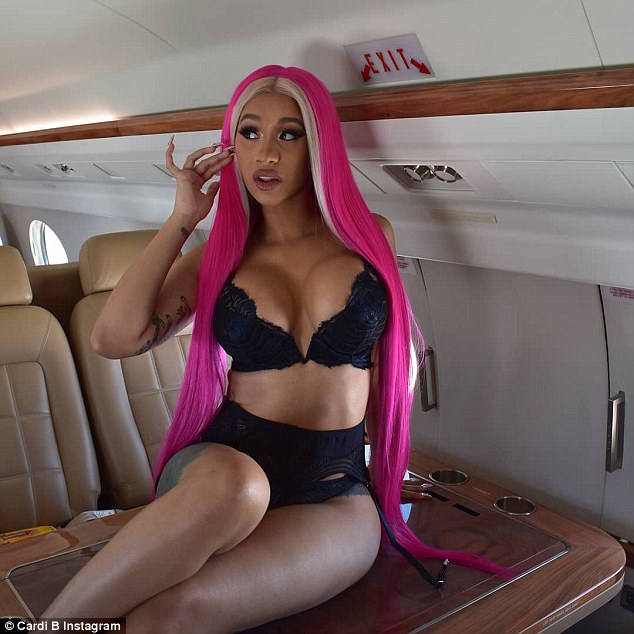 Jetting off: The new mom is already back at work; she is pictured Saturday on a private jet

However they later changed their story citing sources close to Cardi who claim ‘the video was shot 3 years ago’ before she was famous. Off the Rip has yet to air any episodes.

As the video went viral on Sunday, Cardi responded with a new photo of herself – posing fully nude.

The new mother – she only gave birth last month – flaunted her incredible post-baby on Twitter.

Cardi bared all in an expertly posed naked picture which was shot from a side angle that showcased her flawless curves. 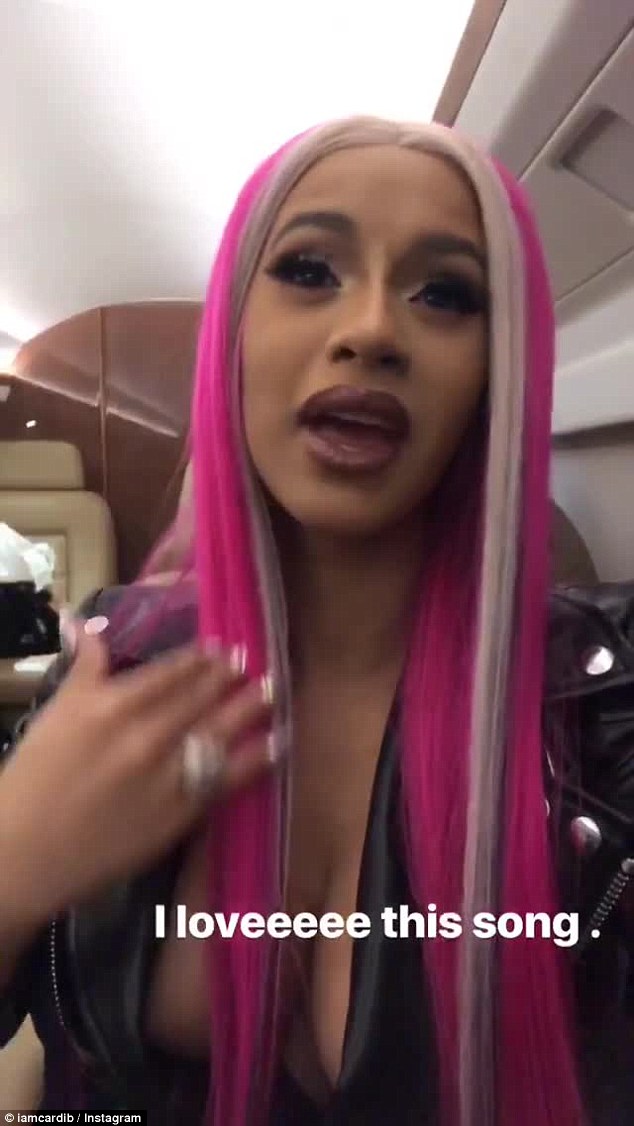 Be Careful: The Bronx-born beauty was quick to admit she loved some of her own work 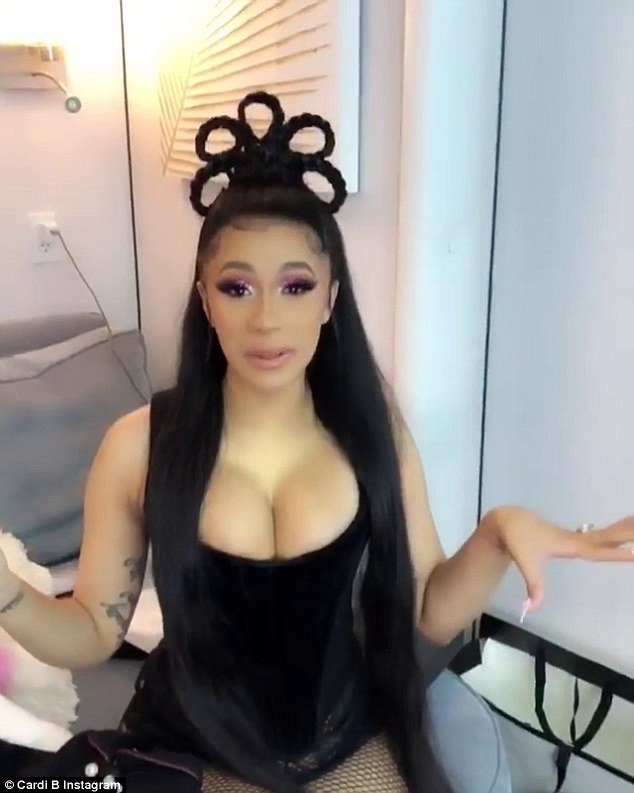 Mommy and me: She lamented missing her baby girl while back at work on DJ Snake’s new single with Selena Gomez

She had one toned leg propped up, showing off an impressive peacock tattoo which covers her bum and thigh.

Cardi’s signature talon-like nails were strategically placed over her nipple to flash only the social media appropriate amount of perky side-boob.

The 25-year-old was rocking sleek, pin-straight locks of neon pink hair with silver streaks in the front with the long pink strands cascaded down her slim back and landed past her ample bottom.

She lamented missing her baby girl while back at work on DJ Snake’s new single with Selena Gomez.

The mother of one would make Tyra Banks proud with her fierce smize in the shot. 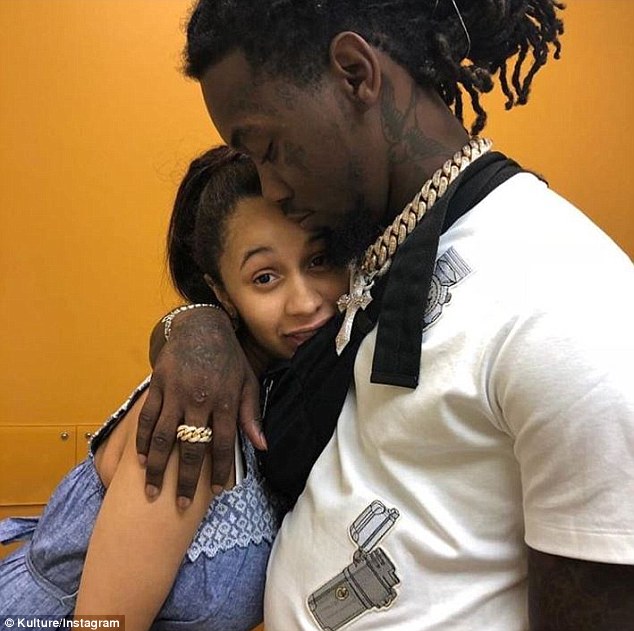