Tim Smith, frontman of the influential British cult rock band Cardiacs, has died at the age of 59.

Smith started the cult rock band Cardiacs in about 1980 as the lead guitarist and vocalist with his brother Jim Smith on bass.

During the 1990s, Smith took a break from Cardiacs to work on various other projects including releasing some solo work and reuniting with his former wife Sarah Smith and William D. Drake to form the Sea Nymphs.

Smith and Cardiacs are credited with influencing a number of bands including Radiohead, Faith No More and Blur and were reportedly Blur frontman Damon Albarn’s favourite band.

The condition left him with impaired dexterity and ability to speak as well as also causing painful muscle spasms.

He succumbed to the condition last night aged 59.

His brother Jim led the tributes as he confirmed the news on the band’s website, stating: ‘I’m sorry, on such a glorious day, to tell you the news that my dearest brother Tim passed away suddenly last night.

‘Sorry it’s a brief message but I don’t have it in me to speak at length just now. Love to you all. Be safe. With respect, Jim.’ 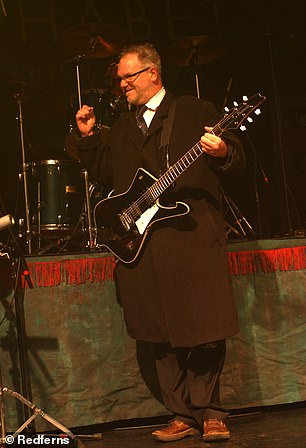 Cardiacs frontman Tim Smith has died aged 59. Smith recorded eight studio albums with the band from 1980 to 2007 and is cited with influencing bands including Blur and Radiohead 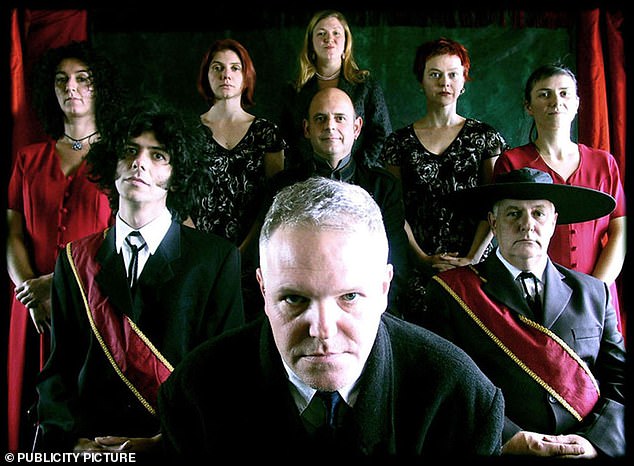 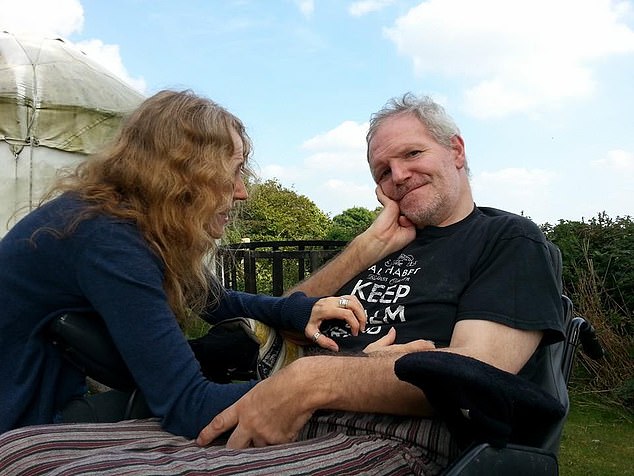 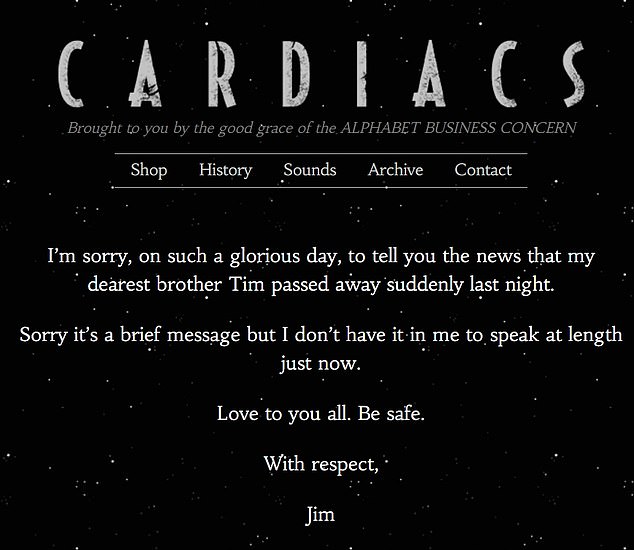 Born in Surrey in 1961, Tim began his musical career in 1975 playing guitar for an unknown instrumental band.

He eventually began the band Cardiac Arrest with his brother Jim in about 1980 and released one album – The Obvious Identity – before they changed the name to Cardiac shortly after.

The band went through a number of line-up changes over the course of their first three decades, with Tim and Jim remaining the sole constant members.

During the 1990s, Smith took a break from Cardiacs to work on various other projects. During 1989 and 1991, he wrote songs for a solo album – Tim Smith’s Extra Special OceanLandWorld – eventually released in 1995.

He, former wife Sarah Smith, and William D. Drake were reunited as the Sea Nymphs a ‘folkier, more ethereal and relaxed’ version of Cardiacs.

Cardiacs had been on indefinite hiatus since Smith’s 2008 hospitalisation.

Their work was cited as a key influence by acts such as Blur, Radiohead, Napalm Death and Faith No More.

Tim opened up about his condition in an interview with tQ in 2017.

He said: ‘Some days I can cope with it, if I’m mentally able to. I’ve not even told the kids which I’m pretty ashamed of and all I can say is that I’m sorry. I had no idea how much I actually meant to all these incredible people and have been trying to know what they mean to me.

‘The only way I can try and let you know how I feel at the moment is… imagine if you were wearing a skintight bodysuit made of fishnet all around you with electrical pulses going all the time. This is what my body feels like unless I fall asleep.’

Fans have taken to social media to mourn the death of the influential guitarist and frontman with Cardiacs bandmate Kavus Torabi leading the way. 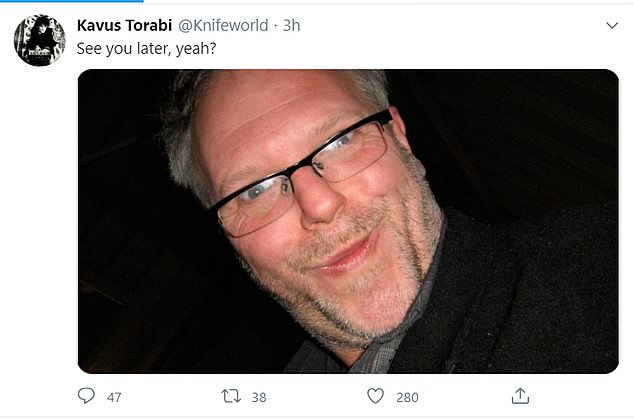 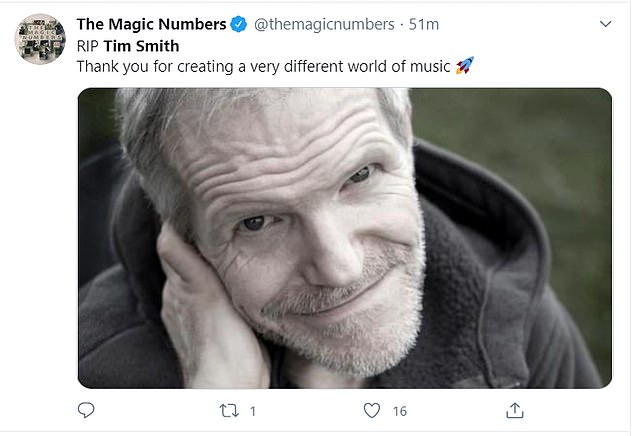 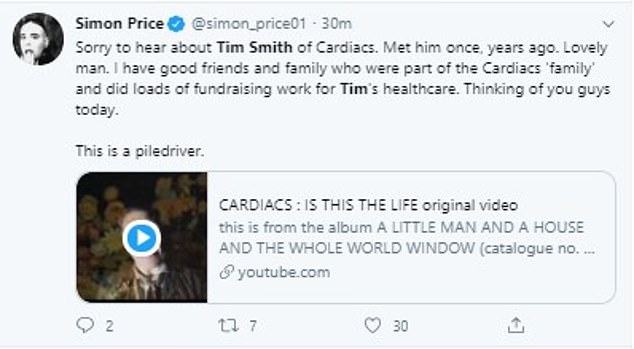 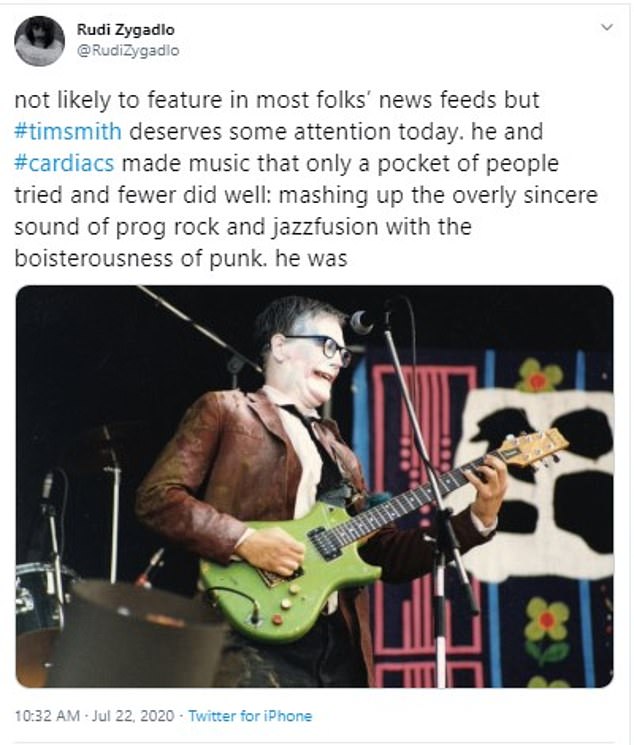 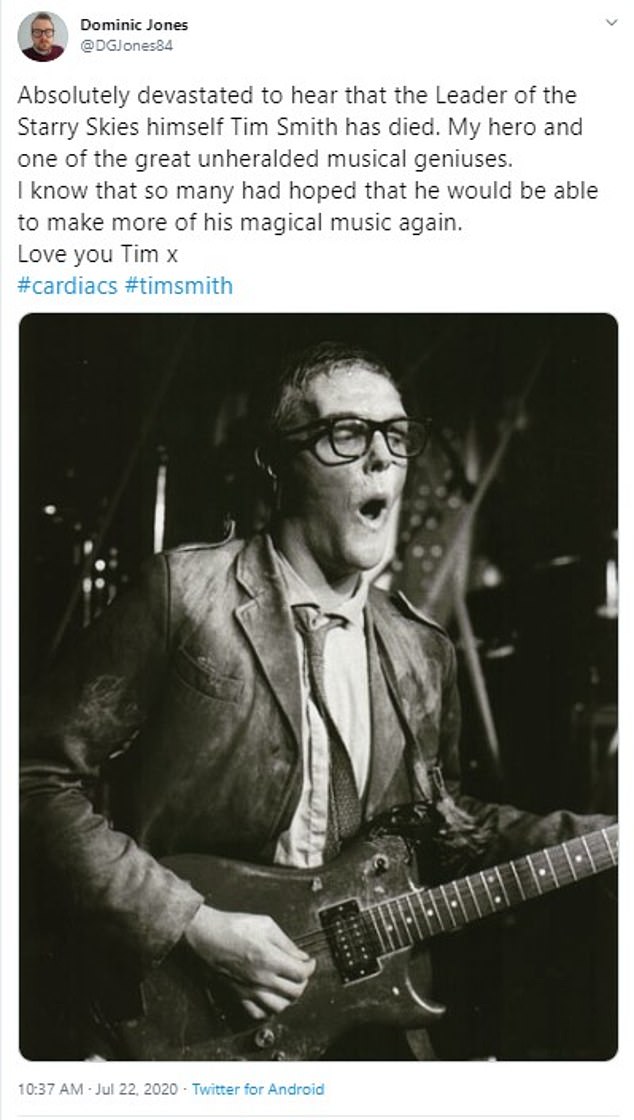 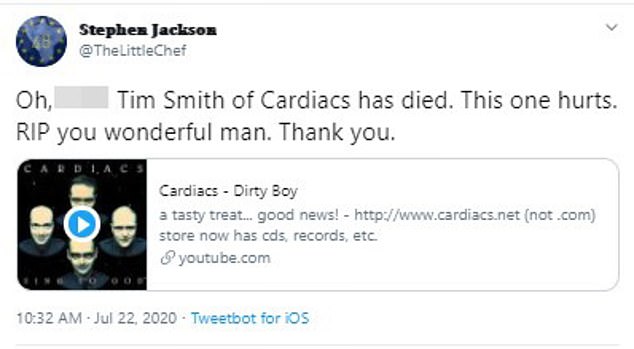 TV presenter and journalist Matthew Wright said: ‘Just been told Tim Smith of Cardiacs fame is no longer with us. He’s singing to god in person I guess.

‘My deepest condolences to his loved ones, his many friends and countless fans. A sad day for music.’

‘I have good friends and family who were part of the Cardiacs ‘family’ and did loads of fundraising work for Tim’s healthcare. Thinking of you guys today.’