Arsenal manager Unai Emery will hardly be quaking in his boots after watching Cardiff City crash out of the Carabao Cup at the hands of Norwich.

Dennis Srbeny’s double had Norwich cruising towards victory before Max Arrons put the finishing touches on a comprehensive victory.

There was one positive for Neil Warnock, who saw his side end a seven hour goal drought when Bruno Manga headed in Bobby Reid’s corner. 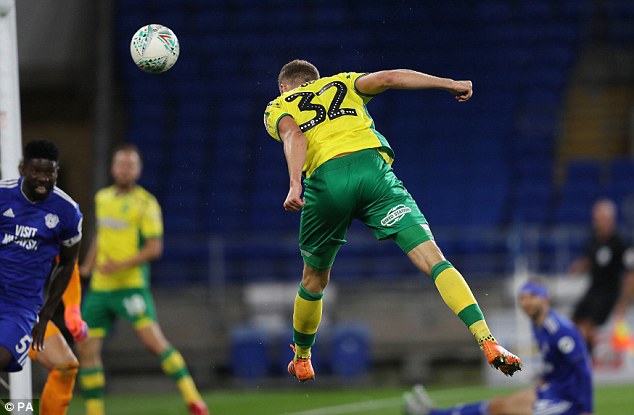 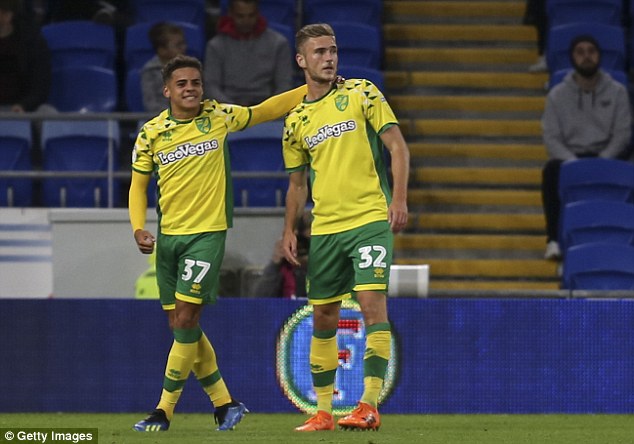 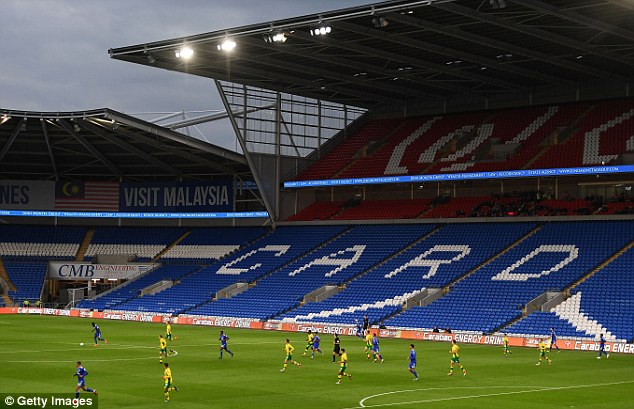 Cardiff’s last competitive goal before this game came at Hull way back in April courtesy of captain Sean Morrison.

A 0-0 draw against Reading a week later was enough to confirm automatic promotion back to the Premier League, where they have failed to score in all three of their matches so far.

Gary Madine got his opportunity to lead the line as one of nine changes to the side Alex Smithies had to watch goalkeeping rival Neil Etheridge save two penalties and keep a pair of clean sheets in three Premier League outings, but he impressed early on when he denied Dennis Srbeny from close range.

The long wait for a goal at the Cardiff City Stadium finally came to an end after 26 minutes, but it wasn’t the home fans who were celebrating.

Norwich midfielder Tom Trybull found Srbeny in the box and the German needed no second invitation to shift the ball onto his left foot and fire it back across goal into the top corner.

The sparse and uninspired crowd finally saw Cardiff register a shot on target in the 43rd minute after Madine was shoved over on the edge of the box by Christophe Zimmermann.

The striker thought he had scored his first goal for the Welsh club when he lifted a free-kick over the wall, but Michael McGovern scrambled across goal to keep his side in-front.

Reid then had a snapshot comfortably saved by the Northern Ireland international as Norwich went in at half-time with a 1-0 lead.

Cardiff’s elusive goal almost came from a long Smithies clearance that was flicked on by Madine into the path of Kadeem Harris, but his tame effort was symptomatic of their troubles in front of goal.

The clock had ticked past seven hours without a goal, but whilst they tried to break their hoodoo at one end, they left the other vulnerable.

Norwich had Cardiff on the ropes as they launched a rapid counter attack. Marco Steipermann took the ball from Trybull and sent a delicate cross to the far post for Srbeny to head home his second goal of the evening.

Warnock’s nightmare got worse as Max Arrons was gifted enough time and space in the box to send a deflected shot past Smithies to make it 3-0 with 20 minutes remaining.

But the Cardiff fans finally had something to shout about when centre-back Manga rose highest to head Reid’s corner into the back of the net after 77 minutes to end the goal drought.

Warnock will have to deliver one of his trademark dressing room rollickings if he wants to avoid an ugly afternoon when Arsenal come to town on Sunday afternoon.