Cardiff dad accused of ‘shaking’ baby to death denies it

A fitness instructor accused of murdering his adopted daughter said calling her ‘Satan’ in text messages was just ‘text talk’ and ‘making light of the situation’.

Matthew Scully-Hicks, 31, denies inflicting serious injuries on 18-month-old Elsie Scully-Hicks before her death in May 2016.

The toddler was rushed to the University Hospital of Wales on May 25 after Scully-Hicks dialled 999, reporting that she had collapsed at his home in Llandaff, Cardiff.

Scully-Hicks had formally adopted her with his husband Craig Scully-Hicks, 36, two weeks earlier. 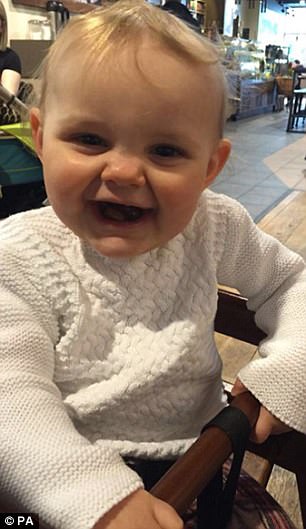 Cardiff Crown Court heard how Scully-Hicks denied being unable to cope with looking after the baby at home while his partner worked.

The court previously heard neighbours heard him screaming as she cried and that he had sent messages calling her ‘Satan dressed up in a babygro’ and a ‘diva’.

One message to a friend said: ‘It’s been an eventful week with poo and sick and then tonight she has been Satan before bed again!!! My head is ready to explode!! How about you how’s your week been? Xx’

Scully-Hicks said calling the toddler Satan was ‘text talk’ and taken out of context with other messages in the conversation.

‘I would not refer to her in that way other than in a text message,’ he said. ‘It is text talk we would have been making light of a situation … again this week, we weren’t very well.’

Mr Lewis said: ‘You found bedtimes with Elsie to be difficult.’ 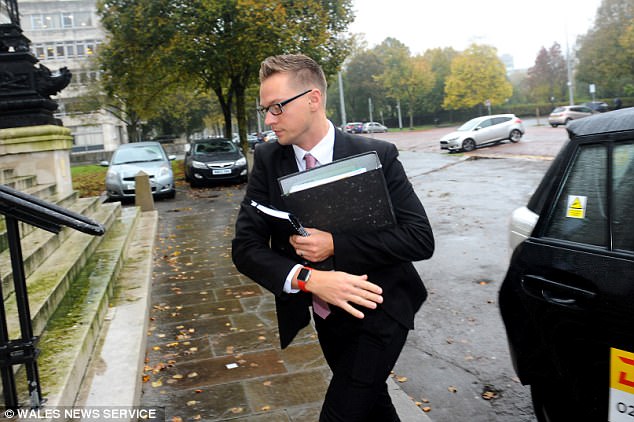 He said: ‘In the early days to establish Elsie’s routine … it was tough but we got there.’

Paramedics and police arrived at the property at 6.26pm and found Elsie not breathing, with no pulse, in the lounge.

Medics discovered she had suffered from three separate areas of bleeding on her brain, retinal bleeding, a skull fracture, three rib fractures and a leg fracture.

The cardiac arrest caused further brain injury and Elsie died in the early hours of May 29.

Elsie fractured her right leg in two places in November 2015 and suffered bruises to her head in December and January 2016, it is alleged.

Scully-Hicks was asked why Elsie’s GP and the doctor at the fracture clinic had recorded she had been using her walker while he had told his husband and the police that she had been standing at an activity table.

He agreed that they must have ‘misrecorded’ what he said to them. 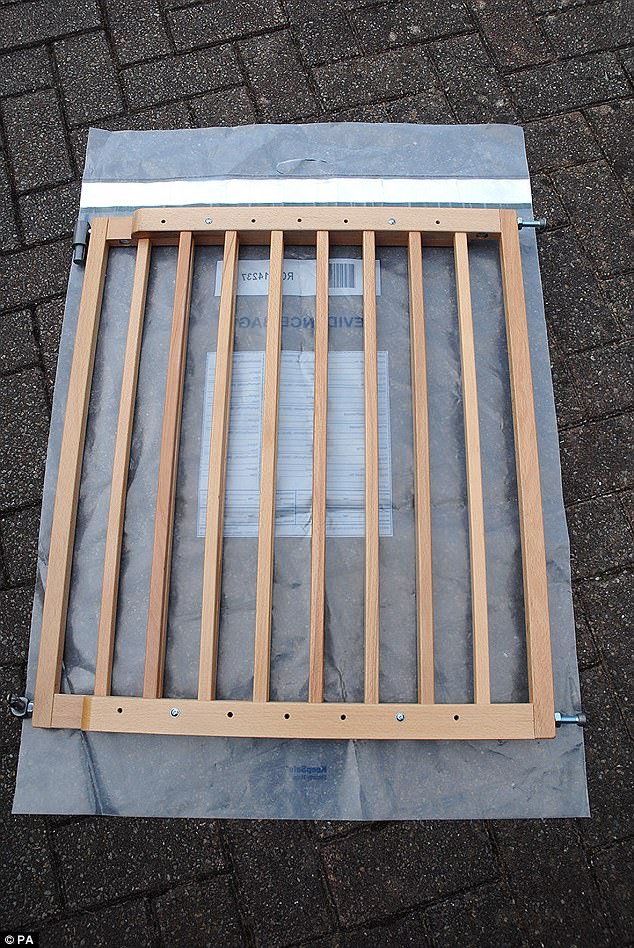 Paul Lewis QC, for the prosecution, said: ‘What did you do to Elsie on November 5 to fracture two of the long bones in her leg?’

On March 10, she was taken to the University Hospital of Wales after falling ‘head over heels’ down a full flight of stairs at home, the court heard.

Mr Lewis asked him about other times when medical professionals had apparently ‘misrecorded’ what he had said, including on the day of Elsie’s collapse.

On that occasion, a paramedic noted that he said Elsie screamed out as if in pain before collapsing, which Scully-Hicks had not said to anyone subsequently.

Scully-Hicks said he could not remember speaking to a paramedic and that she had not screamed.

Mr Lewis said: ‘How many medical professionals have we found that misrecorded what you told them? Aren’t we up to five?’

Mr Lewis said: ‘What did you do to cause these injuries to Elsie?’

Scully-Hicks said nothing, and agreed that they must have occurred spontaneously.

Scully-Hicks, of Delabole, Cornwall denies murder and the trial continues.