Charity boss, 72, with terminal prostate cancer is to hold one final fundraiser by selling tickets to his OWN funeral for up to £100 each

By Matt Leclere For Mailonline

A charity boss with terminal prostate cancer is holding a final fundraiser by selling tickets to his own funeral.

Retired Cardiff businessman Keith Cass, 72, was given the devastating diagnosis in 2006.

But a year later and after getting over the initial shock, inspirational Keith founded a charity in the Welsh capital and set about helping others.

Keith Cass, who founded the Red Sock charity after his cancer diagnosis in 2006, says he wants his funeral to be the ‘best and most different’

The campaigner started the Red Sock campaign to raise awareness about prostate cancer and was even awarded an MBE for dedication to helping those with the disease.

He is asking people to buy a ticket to his funeral in a bid to raise cash for research – but he is hoping it will not be until at least 2020.

The dedicated fundraiser now plans to have the ‘best and most different’ funeral.

Mr Cass said: ‘There will be 500 tickets available in total and it will take place in three separate rooms at a manor house.

‘In the gold room guests will have nibbles of lobster and drink champagne. In the silver will be prawn sandwiches and good wine. 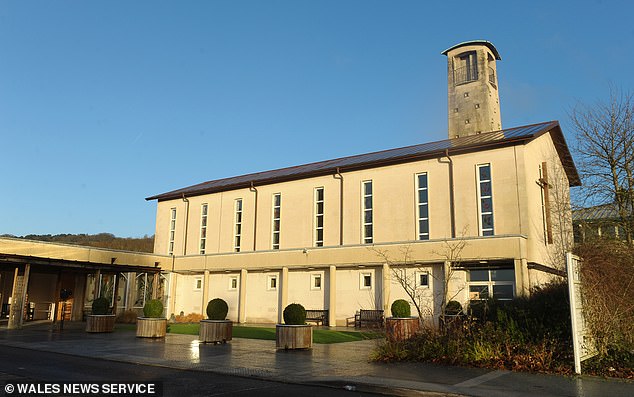 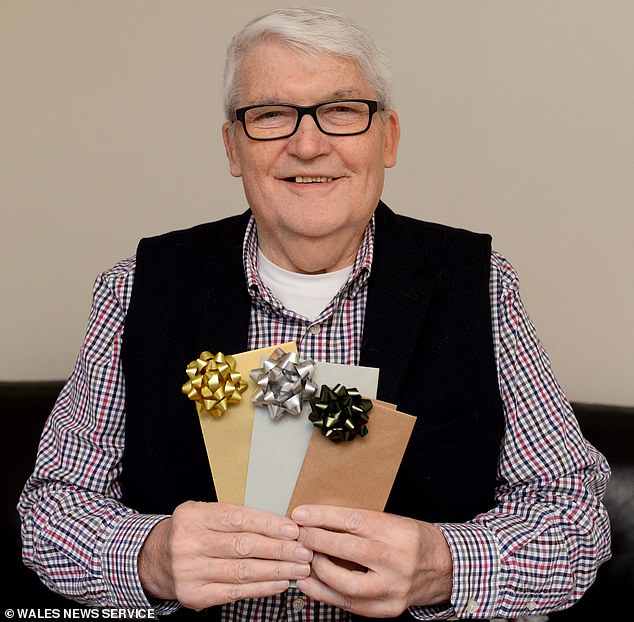 The lavish bash will include gold, silver and bronze tickets at prices of £100, £50 and £25 and is set to take place at a manor house near Mr Cass’s home in Cardiff

Keith Cass was wearing red socks on the day he was diagnosed with cancer.

So he decided to set up the Red Sock campaign in 2007 to help those diagnosed with prostate cancer and their carers.

It aims to help the ‘uninformed man’ to learn more about the risks of prostate cancer and encourage all men to get tested.

Mr Cass says he set up the charity because he never imagined he would be ill.

Before his diagnosis he was running six miles a day, cycling 10 miles and playing badminton and squash.

But when he visited a doctor, his PSA readings were treble the level doctors usually refer patients to a specialist.

He was told he had stage four cancer and had become so aggressive it was basically incurable.

Mr Cass said: ‘I remember when I was diagnosed and I thought that my time was up. I thought my life had gone.

‘But really it was just beginning.’

‘The bronze will have beer and crisps.’

Determined Keith is also filming a recording so he can lead the event which will be shown in each room.

Mr Cass said: ‘I want it to be the best, and the most different funeral.

‘The tickets will go on sale at Easter and I have a half-a-million pound target, which I believe I can achieve.

‘After the ceremony there will be a hot meal for everyone along with a comedian and a band. There will also be dancing.

‘I want everyone to go away sailing. I want them to go away and say, ‘Keith made a difference.’

The cancer has now spread to his bones – including his ribs, sternum, hips and spine.

But he is determined to live until 2020 because he believes it is a memorable year.

Mr Cass was presented with his MBE by Prince Charles.

He added: ‘It was an honour meeting Prince Charles and his parting words to me were ‘I’m so pleased you are still alive.’

What is prostate cancer and the PSA test?

Prostate cancer affects more than 35,000 men in the UK each year with 10,000 dying from the disease.

Around one in eight men will be diagnosed with prostate cancer at least once in their lives.

Men aged over 50, those with a family history of prostate cancer and black men are most at risk, according to Prostate Cancer UK.

But what is prostate cancer and how can you get tested for it?

The prostate gland is only found in men and its main function is to produce semen for sperm.

The most common way for it to be tested is in a PSA (prostate specific antigen) test, a simple blood test carried out by a GP which measures the activity of the prostate gland.

The test can detect problems some six to 13 years before any symptoms are experienced. Usually, the most common one is men having difficulty urinating.

A high PSA score does not definitely mean a positive diagnosis of prostate cancer. Often a biopsy will need to be carried out to confirm but it is a good indication of whether there is a potential problem.

Like any cancer, the disease can spread elsewhere in the body but if it is caught early enough then treatment can contain cancer.

There are several ways to treat prostate cancer ranging from radiotherapy to removing the prostate in an operation.