Care home owners who force families to pay out ‘unscrupulous’ charges could be jailed under new rules.

Some providers have been making families fork out ‘death fees’ for up to a month after their loved one had died.

Others have been charging upfront costs of up to £5,000 before residents have moved in, without explaining what the money was for.

But under new guidance from the Government’s Competition and Markets Authority (CMA), care homes will be obliged to be honest about their fees and practices.

Providers who are found to be treating families or residents unfairly could face a criminal prosecution and jail.

One care home had been making families sign up to a hidden clause which meant their loved ones could be evicted with just 24 hours’ notice.

The contract stated that the home had the right to evict a resident if their behaviour was deemed to be ‘detrimental’.

The CMA will be carrying out a review of homes next year to check they are complying with consumer law. 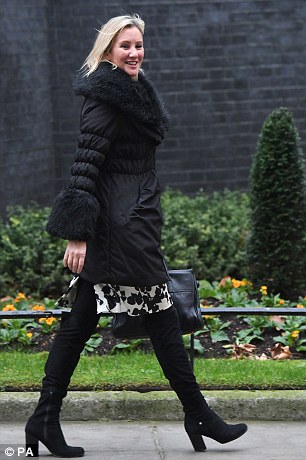 Caroline Dinenage branded the behaviour of some care homes a ‘scandal’

Care minister Caroline Dinenage, who is also the MP for Gosport in Hampshire, said: ‘It is a scandal some of the most vulnerable people in our society are being taken for a ride by a minority of unscrupulous care home providers.

We’re very clear that everyone living in a care home should be treated fairly and with respect and dignity.’

An investigation by the CMA last December found that families were being made to pay unfair charges just to keep care homes afloat.

One operator, Maria Mallaband, which runs 64 homes across the UK, was slapping on death fees for up to one month after residents had died.

It stopped the charges in January but many other homes are suspected of deploying similar practices.

‘We’ve already taken action against some providers who charged compulsory upfront fees or continued to charge for extended periods after a resident’s death.

‘We’ll continue to monitor how well care homes are complying and won’t hesitate to take action again if we find evidence that providers have broken consumer law.’