Harry Melling, who turned 100 last month during the lockdown, joined staff including the home’s manager Christine Stafford as they received the aprons and coveralls.

She said: ‘It’s very, very kind and we really appreciate it. I think it’s lovely.’

The Alexandra Grange care home in Wigan, which has 54 residents, has not had any cases of the virus but staff rely on personal protective equipment to keep it that way. 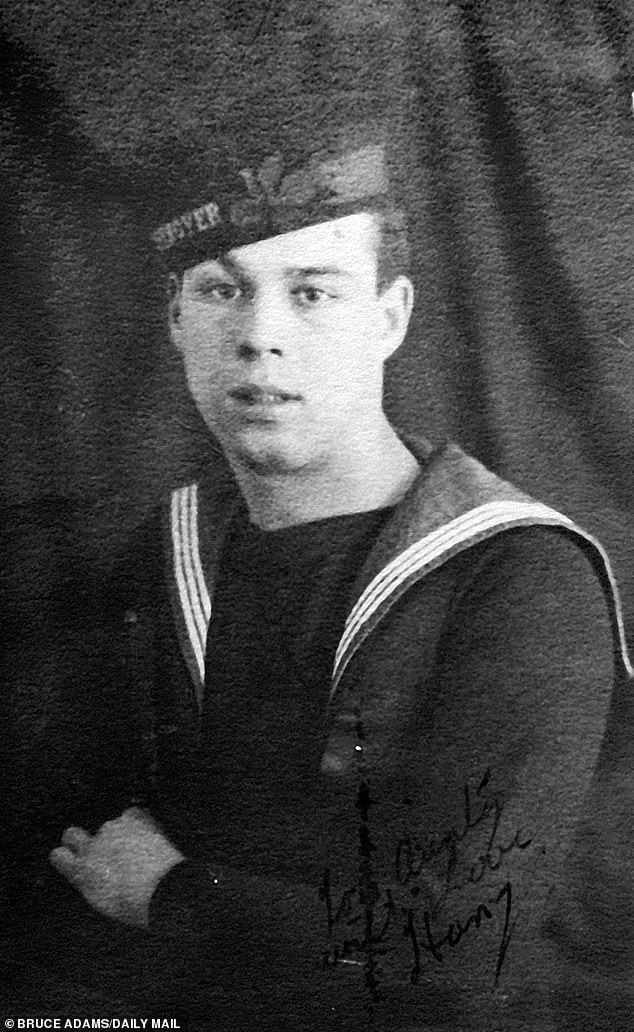 Miss Stafford said the home had been humbled by support from the public since the coronavirus lockdown.

‘Some families of our residents have made donations of money and we’ve had people from around the area deliver little hampers for the staff and a company bringing boxes of chocolates.It’s really nice to see people being so kind at a time of crisis.’

Mr Melling was able to celebrate his centenary with a party behind closed doors with fellow residents and received his card from the Queen.

His family visited too, but were only able to see him through the window due to social distancing rules.

Yesterday his great-nephew Matthew Melling hailed Mail Force, saying: ‘It’s a great initiative. It’s another fine example of why Britain is the best country in the world, everyone coming together to support each other.

‘I can only thank Mail Force for doing this to help make sure the care workers are safe.’

Mr Melling was a crew member on HMS Osiris, named after an Egyptian god of death and resurrection.

During his years on board, the submarine was stationed in the Mediterranean, helping the Allied invasion of Sicily, and travelled as far as Kenya.

In November 2018, his status as Britain’s oldest living submariner led to an invitation to the Submariners’ Remembrance Service at Middle Temple Gardens, central London, where he met the Duke of Cambridge.

At the time, Mr Melling said: ‘He was a gentleman and it was nice to meet, chat to him and talk about what it was like during the war.’

His great-nephew said that, although relatives are unable to see Mr Melling, he was ‘on top form, laughing and joking’.

‘He just wants everyone to be OK,’ Matthew said. ‘Hopefully, soon we’ll be able to see each other more than through a window.’

Speaking previously about his time in the Navy, Mr Melling said: ‘I enjoyed my experience. They put me working with the torpedoes. The Mediterranean was a hot sea, it was very dangerous. However, it was a good life. I got to do things and see things I would never have normally done or seen.

‘On board it was quiet. It was claustrophobic and the smell after diving was foul. We could only stay below for eight hours. Now they can stay seven days or longer.’

After the war, Mr Melling returned to work at the cobbler business run by his family. In later years, he was also a church warden.