Care homes were ‘thrown to the wolves’ during the pandemic and the Government’s actions were ‘at times negligent’, MPs warn today.

The social care crisis was exacerbated further by a series of ‘reckless’ and ‘appalling’ policy errors, according to a damning Commons report.

Advising hospitals to discharge thousands of patients into care homes without knowing if they had coronavirus was an example of this, they said.

In excoriating comments, the Commons public accounts committee report said: ‘This pandemic has shown the tragic impact of delaying much needed social care reform, and instead treating the sector as the NHS’s poor relation.’

Care homes were ‘thrown to the wolves’ during the pandemic and the Government’s actions were ‘at times negligent’, MPs warn today (stock photo)

The Daily Mail has been campaigning for a solution to England’s care crisis, but in the year since Boris Johnson entered No 10 no plan has been forthcoming.

This newspaper has also highlighted the scandalous failures surrounding care homes and social care during the pandemic, particularly the failure to test those discharged from hospitals into homes. Today’s report details a litany of these failures.

‘Years of inattention, funding cuts and delayed reforms have been compounded by the Government’s slow, inconsistent and, at times, negligent approach to giving the sector the support it needed during the pandemic’, the report said.

The group of cross-party MPs said that discharging around 25,000 patients to free up beds was an example of this.

The report added that the Department of Health and Social Care (DHSC) continued with the policy ‘even once it was clear there was an emerging problem’.

Hospitals in England were asked on March 17 to discharge patients, but patients did not require a coronavirus test prior to discharge until April 15 in an ‘appalling error’.

And it was the end of April when the Government said all care home residents and staff, regardless of symptoms, would be able to access tests. This is despite Public Health England telling the committee it knew of asymptomatic transmission as early as the end of March. 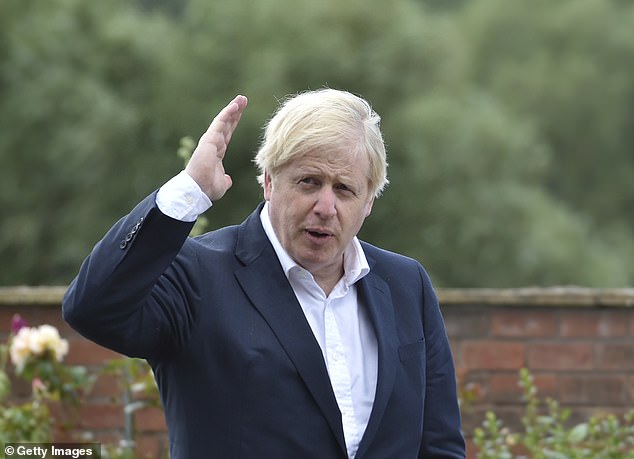 The Daily Mail has been campaigning for a solution to England’s care crisis, but in the year since Boris Johnson entered No 10 no plan has been forthcoming

The report said nobody would expect the Government to get everything right in its initial response, but that it ‘urgently needs to reflect, acknowledge its mistakes, and learn from them’.

It identified a lack of transparency around the availability of personal protective equipment, with a tendency for the Government to ‘overpromise and under deliver’. The report warned that staff could not be expected to be ready to cope with a future peak and deal with enormous backlogs unless they were managed well.

Committee chairman Meg Hillier said: ‘The failure to provide adequate PPE or testing to the millions of staff and volunteers who risked their lives to help us through the first peak of the crisis is a sad, low moment in our national response.

‘Our care homes were effectively thrown to the wolves, and the virus has ravaged some of them.’

She added: ‘The deaths of people in care homes devastated many, many families. They and we don’t have time for promises and slogans, or exercises in blame.

‘We weren’t prepared for the first wave. Putting all else aside, Government must use the narrow window we have now to plan for a second wave. Lives depend upon getting our response right.’

The report, Readying the NHS and social care for the Covid-19 peak, is the PAC’s first examination of the health and social care response to the crisis. It also said allowing the Nightingale hospitals to remain empty while the NHS requires additional capacity for routine services ‘will not be a good use of public money’.

A DHSC spokesman said: ‘We know there is a need for a long-term solution for social care and we will bring forward a plan that puts social care on a sustainable footing to ensure the reforms will last long into the future.’