Around 50 care homes were officially investigated by regulators during the Covid-19 crisis because of concerns they weren’t safe, it was revealed today.

Chiefs in the sector called his comments ‘despicable’, ‘cowardly’ and a ‘slap in the face’, and warned he had ‘picked a fight with the wrong people’.

But it has now emerged dozens of care homes had people so concerned about the way they were acting that inspectors had to be sent out to check what was going on.

The Care Quality Commission, which regulates hospitals and care homes in England, received almost 1,000 reports about unsafe practices in homes, The Telegraph reports.

Some forced staff to come into work while they had symptoms of Covid-19, others didn’t tell people when workers or residents had tested positive, and agency staff were sent to work in numerous different homes despite the risk of spreading the disease.

One Government source told the newspaper ‘some of these care providers are no angels’.

Britain’s care sector – which is privately run but linked to NHS hospitals and local councils – has been hammered during the pandemic and more than 30,000 residents have died either of coronavirus or from other causes.

Bosses have blamed a Government and NHS policy of sending hospital patients out into homes without testing them for Covid-19 for seeding deadly outbreaks in their facilities.

In Birmingham, the city council paid 16 care homes £1,000 each to take hospital patients who hadn’t been tested – some of whom allegedly had coronavirus – in order to free up bed space, the Birmingham Mail has revealed.

Care homes have been devastated by the coronavirus outbreak and thousands of residents have died of either Covid-19 or other knock-on effects of the nationwide shutdown (Pictured: A care home resident and staff (stock image) 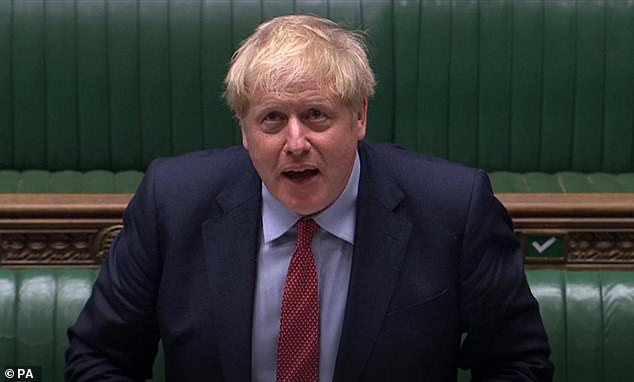 Gavin Edwards, senior national officer at the union Unison, said: ‘While there are lots of good employers in the care sector, there are many bad ones.

‘Care workers were pressured to work despite showing symptoms or needing to shield, or not told about colleagues or residents testing positive.

‘Many have not been fairly paid while sick, causing extreme financial hardship.

‘No wonder the virus spread so rapidly, causing so many deaths. Lessons must be learned – and quickly.’

Unison received hundreds of reports from care workers about the conditions they had to work in while the virus was spreading rampantly across Britain.

Some were allegedly told they would not be paid if they self-isolated because they had coughs, despite the Government insisting people with symptoms stay home.

And there were also concerns that staff weren’t being given enough personal protective equipment (PPE), such as gloves and masks, to do their jobs safely.

One source inside the Government told The Telegraph: ‘Obviously the Government has to face up to the fact that much of the guidance came too late, and the personal protection equipment (PPE) and testing was a disaster.

‘But some of these care providers are no angels either.’

In another development to the unfolding scandal around care homes, it was today revealed that Birmingham City Council paid £1,000 each to homes that were willing to take hospital patients who had to be discharged to free up space.

The Birmingham Mail reported that 16 homes accepted the cash ‘incentive’ offer and took patients who had not been tested for coronavirus.

Some of them, the local paper reported, were infected with Covid-19 when they were transferred. It said a condition of the offer was that the patient must be taken within 24 hours regardless of whether they had the disease.

The manager of one home that refused to take part and has not had any coronavirus among its residents, Jane Farr, told the Mail: ‘It was too big a risk. If one case had come in it would have been dreadful…

‘I don’t think homes should have been encouraged to take that risk. We were being asked to do what we could to help but our residents were my priority.’

She added: ‘I’m certain it was a reason we have not had any cases.’

Birmingham City Council said it had been open about the payments and ‘clearly published’ details of the scheme on its website on April 14.

In said in a statement: ‘In regard to testing of citizens on discharge from hospital: The £1,000 funding was provided to allow the care provider to purchase additional PPE, pay additional staff and conduct additional cleansing to allow Covid positive residents to be isolated and discharged.

‘The payment was to allow those additional costs to be funded, meaning Covid status should not be a barrier to discharge.

‘The council has worked closely with our health partners to ensure testing upon discharge from hospital, as we very much recognise the importance of this in reducing the spread of Covid-19.

‘We have worked to the national guidance at all times and wherever possible we have discharged citizens into short term NHS beds under the national Hospital Discharge Service Requirements to reduce the spread of Covid in care homes.’

Tensions about the havoc the pandemic unleashed on care homes came to a boiling point yesterday when Prime Minister Boris Johnson appeared to shift blame onto them for their death toll surging into the thousands.

The Prime Minister had said during visit to Goole in East Yorkshire: ‘We discovered too many care homes didn’t really follow the procedures in the way that they could have, but we’re learning lessons the whole time.

Later in the day his spokesman said that care homes had ‘done a brilliant job under very difficult circumstances’ but did not apologise for Mr Johnson’s remarks, which enraged care bosses around the country.

Health Secretary Matt Hancock also declined the chance to apologise in the House of Commons but said his admiration for care workers was ‘second to none’.

A furious care home owner in Yorkshire and the North of England, David Crabtree, said the PM had ‘picked the wrong fight with the wrong people’ and branded his comments despicable, saying the blame for care homes’ staggering death toll lay at the feet of Mr Johnson, his ministers and government officers.

Mr Crabtree said care homes had been free of coronavirus before hospitals starting sending patients home without testing them, which then triggered deadly outbreaks.

He told BBC Radio 4’s Today programme: ‘To be honest with you, if this is genuinely his view, I think we’re almost entering a Kafkaesque alternative reality, where the Government sets the rules, we follow them, they don’t like the results, they then deny setting the rules and blame the people that were trying to do their best.’

Piers Morgan also attacked the PM for his ‘disgusting’ claim, saying: ‘I can’t even look at him anymore.’ Labour MP David Lammy said it was ‘inexcusable’ to try and shift the blame, Green MP Caroline Lucas branded it ‘utterly shameless’ and an LBC presenter called it ‘bowel-shifting dishonesty’.

Business Secretary Alok Sharma defended his leader and claimed Mr Johnson had been trying to point out that it was unclear to everyone what the correct procedures should have been. He said the Government had ‘done our best’.

When pressed for an apology from Mr Johnson in light of the offence his remarks had caused, the premier’s official spokesman said: ‘Throughout the pandemic care homes have done a brilliant job under very difficult circumstances…

‘The PM was pointing out that nobody knew what the correct procedures were because the extent of asymptomatic transmission was not known at the time.’

WHAT WENT WRONG FOR CARE HOMES? A TIMELINE OF FAILINGS

Britain’s chief scientific adviser, Sir Patrick Vallance, revealed in April that he and other senior scientists warned politicians ‘very early on’ about the risk COVID-19 posed to care homes.

He said: ‘So very early on we looked at a number of topics, we looked at nosocomial infection very early on, that’s the spread in hospitals, and we flagged that as something that the NHS needed to think about.

‘We flagged the fact that we thought care homes would be an important area to look at, and we flagged things like vaccine development and so on. So we try to take a longer term view of things as well as dealing with the urgent and immediate areas.’

The SAGE committee  met for the first time on January 22, suggesting ‘very early on’ in its discussions was likely the end of January or the beginning of February.

In March and April at least 25,000 people were discharged from NHS hospitals into care homes without getting tested for coronavirus, a report by the National Audit Office found.

This move came at the peak of the outbreak and has been blamed for ‘seeding’ Covid-19 outbreaks in the homes which later became impossible to control.

NHS England issued an order to its hospitals to free up as many beds as they could, and later sent out joint guidance with the Department of Health saying that patients did not need to be tested beforehand.

Chair of the public accounts committee and a Labour MP in London, Meg Hillier, said: ‘Residents and staff were an afterthought yet again: out of sight and out of mind, with devastating consequences.’

An early key error in the handling of the crisis, social care consultant Melanie Henwood told the Mail on Sunday, was advice issued by Public Health England (PHE) on February 25 that it remained ‘very unlikely’ people in care homes would become infected as there was ‘currently no transmission of Covid-19 in the UK’.

Yet a fortnight earlier the UK Government’s Scientific Pandemic Influenza Modelling committee had concluded: ‘It is a realistic probability that there is already sustained transmission in the UK, or that it will become established in the coming weeks.’

On March 13, PHE advice for care homes changed ‘asking no one to visit who has suspected Covid-19 or is generally unwell’ – but visits were still allowed.

In March and April coronavirus swab tests – to see who currently has the disease – were rationed and not available to all care home residents suspected of having Covid-19.

Government policy dictated that a sample of residents would be tested if one showed symptoms, then an outbreak would be declared and anyone else with symptoms presumed to be infected without a test.

The Department of Health has been in control of who gets Covid-19 tests and when, based on UK testing capacity.

Care home bosses were furious in March and April – now known to have been the peak of the UK’s epidemic – that their staff didn’t have enough access to personal protective equipment such as gloves, masks and aprons.

Adass said it was facing ‘confusion’ and additional work as a result of mixed messaging put out by the Government.

It said the situation around PPE, which was by then mandatory for all healthcare workers, was ‘shambolic’ and that deliveries had been ‘paltry’ or ‘haphazard’.

A shortage of PPE has been a consistent issue from staff in care homes since the pandemic began, and the union Unison revealed at the beginning of May that it had already received 3,600 reports about inadequate access to PPE from workers in the sector.

The Department of Health refused to include people who had died outside of hospitals in its official daily death count until April 29, three weeks after deaths had peaked in the UK.

It started to include the ‘all settings’ measure from that date and added on 3,811 previously uncounted Covid-19 deaths on the first day.