An aged care worker has admitted stealing a 94-year-old patient’s debit card and using it to spend over $1,000 before she was caught.

Illawarra Retirement Trust worker Elizabeth Payne, 37, stole the card from the man’s  wallet after he was admitted to Wollongong Hospital on April 2.

Payne bought $300 worth of cash vouchers from a petrol station and spent $736 on groceries, cigarettes, and more vouchers at a Woolworths in Unanderra – a suburb of Wollongong – between April 6 and 19.

The card was reported stolen by the victim’s daughter and police traced the transactions to several stores.

Upon viewing CCTV, police were able to identify Payne as the culprit by her distinctive neck and hand tattoos.

Illawarra Retirement Trust worker, Elizabeth Payne, 37, (pictured) stole the elderly man’s blue-coloured debit card from his wallet after he was admitted to Wollongong Hospital on April 2

Payne was arrested at her home on the Princes Highway on April 28 and denied the charges during a police interview. the Illawarra Mercury reported.

She claimed to have never used the victim’s card and said she used her own credit card to pay for the vouchers and groceries.

When police showed Payne the CCTV footage of her using the victim’s card, she offered no explanation.

She was charged with three counts of dishonestly obtaining property by deception and pleaded guilty in Wollongong Local Court on Tuesday. 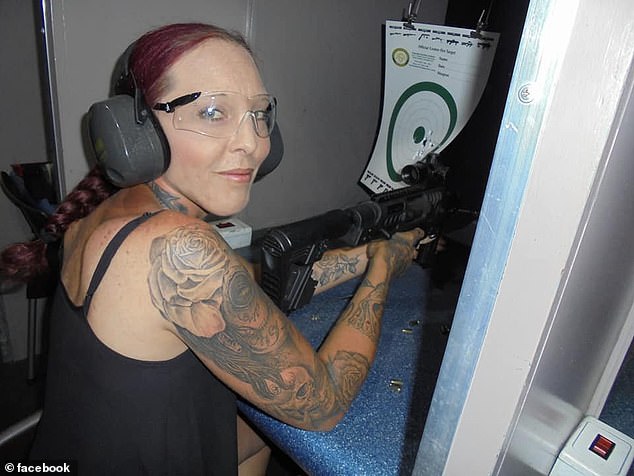 Payne bought $300 worth of cash vouchers from a petrol station and spent $736 on groceries, cigarettes, and more vouchers at a Woolworths in Unanderra, NSW between April 6 and 19

Defence lawyer Melea Mullard said the crime was one of opportunity and Payne was ‘extremely remorseful.’

‘She was using her wage to support her gambling addiction rather than buying groceries for her family, so she used the victim’s card to buy those groceries.’ Ms Mullard said.

Ms Mullard said her client had been stood down from her job and acknowledged she could never work in the aged care industry again. 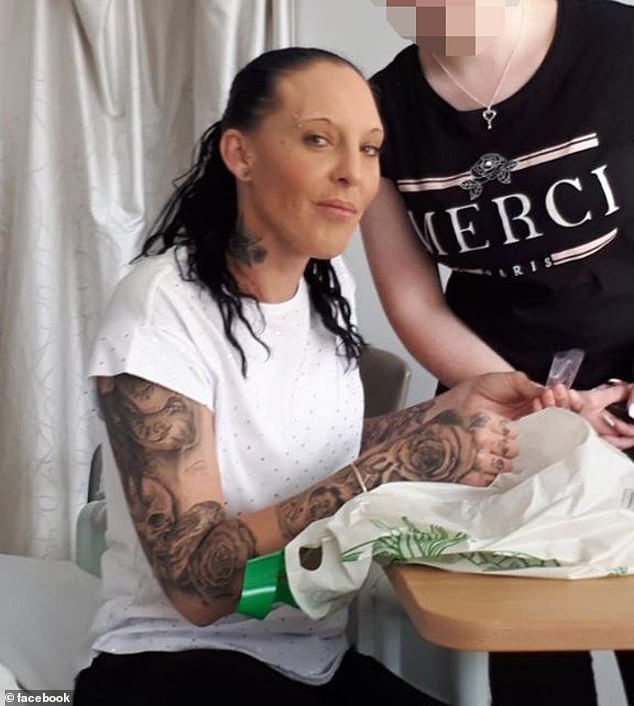 The card was reported stolen by the victim’s daughter and police traced the transactions to several stores. They checked CCTV footage and were able to identify Payne because of her tattoos

Magistrate  Mark Douglass said Payne used the card many times and not once did she think about the consequences of her actions and return it to the victim.

‘She had a lot of time to think during that time whether she wanted to be that type of person,’ Magistrate Douglass said.

‘The community sees these particular types of offences as being a low act – this is a low act.’

He said gambling was not an adequate justification to take advantage of an elderly client.

Payne was sentenced to an 18-month community corrections order and 200 hours of unpaid community service work.