A New Jersey man sentenced to life in prison for a brutal home invasion caught on camera has been denied an appeal of his conviction.

Shawn Custis, 47, was convicted in 2016 for breaking into a New Jersey home and viciously beating a woman in front of her child, which was caught on nanny cam.

On Friday, the appellate court denied his appeal after the career criminal argued his sentencing was excessive.

His lengthy criminal record included 38 arrests and 17 felony convictions all before the 2013 home attack. 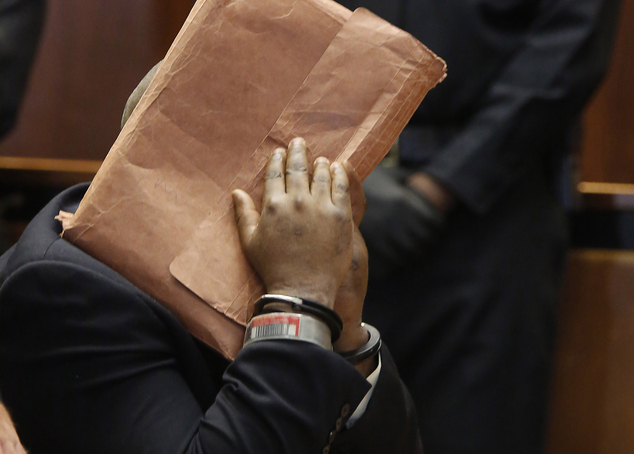 The 2013 attack lasted several minutes and started while the woman was sitting with her daughter watching television, with her infant son sleeping upstairs.

The woman was punched and kicked repeatedly and thrown down a flight of stairs. The children weren’t physically injured.

The woman, who testified against Custis during the 2016 trial, gasped and sobbed in the gallery after the judge announced the sentence and referred to the 47-year-old man as ‘vicious, depraved and evil.’

Approaching the bench to describe how the crime has affected her, the woman said she suffered a fractured bone in her back and facial injuries and remains so traumatized that she has been unable to return to work and has had to move her family.

‘I carry a personal alarm even when I am in the comfort of my own home,’ said the woman, who prosecutors asked not be identified.

‘I am in my own prison. I haven’t opened a window in my house in two years.’ 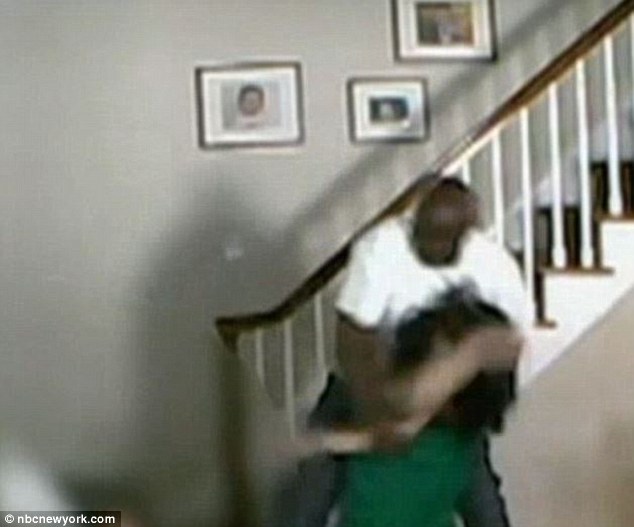 The 2013 attack (pictured) lasted several minutes and started while the woman was sitting with her daughter watching television, with her infant son sleeping upstairs 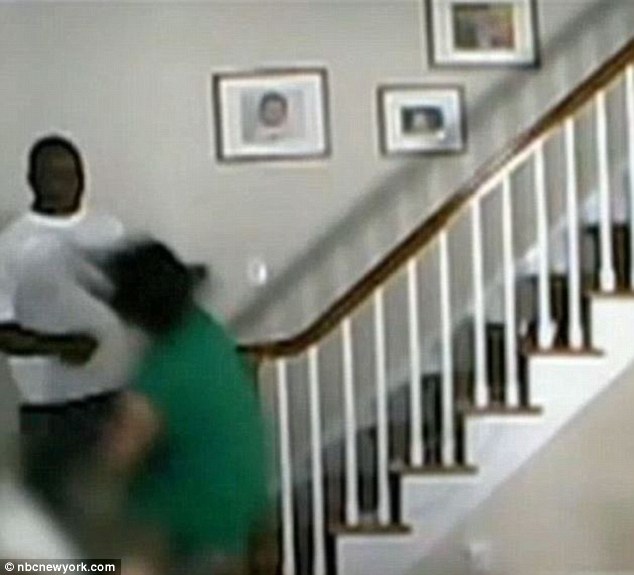 The woman was punched and kicked repeatedly and thrown down a flight of stairs. The children weren’t physically injured

But the panel acquitted him of the most serious charge, attempted murder.

Wigler added an additional five years to Custis’ life sentence for the child endangerment conviction. Custis won’t be eligible for parole for more than 60 years.

Prosecutors had sought a life sentence for the Newark resident based on a criminal past Wigler termed ‘rather staggering.’

One of the previous convictions was for a 1990s home invasion similar to the attack in Millburn, according to Assistant Essex County Prosecutor Jamel Semper. 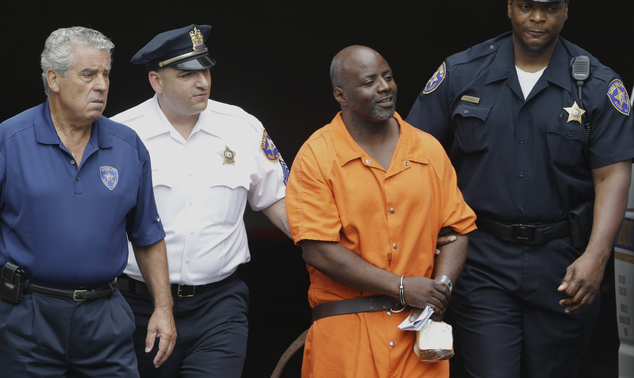 Custis, center right, pictured in July 2013 as he is escorted from an arraignment hearing. A jury convicted him on June 1 of aggravated assault, child endangerment, robbery, burglary, criminal restraint and theft

‘Half-measures of leniency haven’t worked to deter this defendant,’ Semper told the judge. ‘He has almost as many arrests as he’s had birthdays.’

Custis’ attorney argued during the trial that the police investigation was biased because a white officer responding to the crime scene was heard on video using a racial slur. Custis is black.

Prosecutors countered that four women who knew Custis identified him after seeing the video of the attack on television, and DNA tests showed blood found on his jeans belonged to the victim.