Carl Pask, 47, was found dead in his flat in Leicester, on March 10. He was only reported missing following concerns from his estranged wife

A father-of-two told police he feared his life was in danger months before he was discovered dead in his flat.

In another message he wrote ‘U will hear about my death’ and said ‘I am scared for my life’.

Leicester Crown Court heard how he called police several times in the weeks and months before he died, asking them to remove Christopher Crane from his flat in Highfields, in the city.

On each occasion Mr Pask urged them not to tell Crane he had made the complaint.

Crane, 40, and associate Christopher Pendery have gone on trial charged with the murder of Mr Pask. They both deny murder.

Mr Pask’s body was found in his flat on March 10 last year.

The father-of-two had made a 999 call at 3.47am on February 23 last year but someone ended the call after just 15 seconds.

Mark Burrows, prosecuting, said: ‘It is the last call anyone received from Carl or his phone, and the prosecution says it is the last time he spoke to anyone other than his killers. It’s clear Carl didn’t choose to end the call.

‘That’s when the call was ended.’

Mr Pask was only reported missing on March 9 following concerns from his estranged wife. 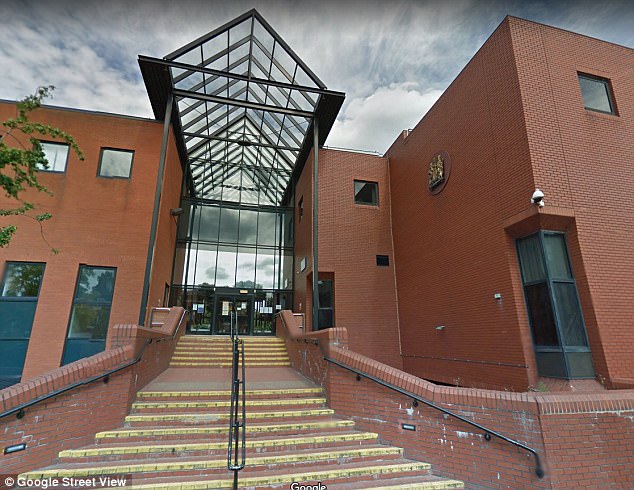 Christopher Crane, 40, and associate Christopher Pendery have gone on trial at Leicester Crown Court (pictured) charged with the murder of Mr Pask

When his body was found, it was in ‘advanced decomposition’ and three post-mortem examinations were carried out.

Mr Pask had allegedly suffered bleeding on the brain, rib fractures and bruising to his forehead, legs and right hand.

He had a fractured left cheekbone, a chipped tooth and facial injuries.

Incised wounds were on his left foot in keeping with a single-edged blade, the court was told.

The court heard Mr Pask, a ‘functioning alcoholic’, separated from his wife and moved from Corby to Leicester in 2014.

After staying in a hostel he was allocated a flat in September 2015.

Mr Burrows said, on February 5, Mrs Pask received a phone call from her estranged husband in which he said ‘some psychopath’ who used to live with him was pacing up and down saying he was going to kill him.

The court was told that on February 24, the day after the prosecution claims Mr Pask was killed, Crane met a woman and asked if he could live with her.

‘She asked why, and Crane said he used to live with a man in Highfields,’ said Mr Burrows.

‘He said they had an argument and a bit of a fight. He said Christopher Pendery had started the fight.

‘He said Pendery stabbed the man in the foot, and added, “So I finished him off.”

‘He described punching the man in the face and said he had put his hand over his mouth and that the man wasn’t breathing.’

When questioned by the police, Crane denied having ever met the woman, saying: ‘I don’t know why she’s saying it, I don’t know her.’