The hitman responsible for slaying underworld boss Carl Williams has dropped his appeal to overturn his conviction and end his life sentence.

Supermax prisoner Matthew ‘the General’ Johnson brutally bashed Williams inside of a Barwon Prison ward in Victoria, striking him to death with the stem of an exercise bicycle seat in April 2010.

Johnson reportedly dropped his appeal last month, with a source close to him saying he had had a ‘gutful’ trying to obtain relevant documents from Victoria Police and that he was ‘not prepared to lie and say others were involved’.

CCTV cameras caught Johnson in the act in 2010, recording him hitting Williams eight times with the seat post inside a high security unit of the prison. Security guards took 30 minutes to realise what Johnson had done.

He was given a minimum of 32 years in prison over the killing, though he maintains he was innocent and acting in self defence – a claim the judge described as ‘fanciful’ at the time. 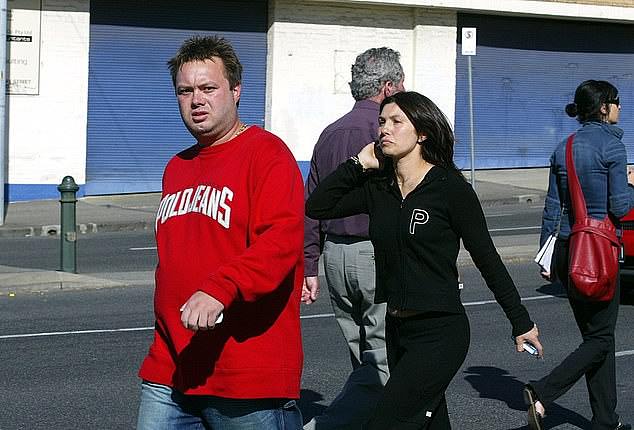 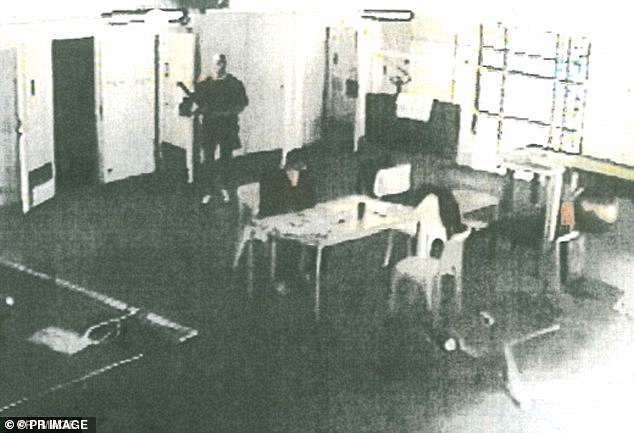 Johnson was caught beating Williams to death with the seat post on CCTV (pictured), though it took guards more than 30 minutes to find Williams

Johnson had filed his appeal against the conviction in 2021.

The slain baby-faced kingpin Williams had ordered the killings of three people and conspired to kill a fourth.

However, from prison, he then assisted police with their investigations into at least ten unsolved underworld hit jobs.

Williams, a convicted murderer and drug trafficker, was staring down a life in prison with a non-parole sentence of 35-years.

A Supreme Court judge found Johnson killed Williams because he knew Williams was narking to police about the killings of police informer Terence Hodson and wife Christine in 2004.

Johnson, who has been in isolation since the murder, is the leader of the Prisoners of War gang in Barwon Prison. The gang has an explicit contempt for those who cooperate with police.

Williams had linked himself between former cop Paul Dale and top hit-man Rodney Collins in the murders of the Hodsons in information he provided to Victoria Police. 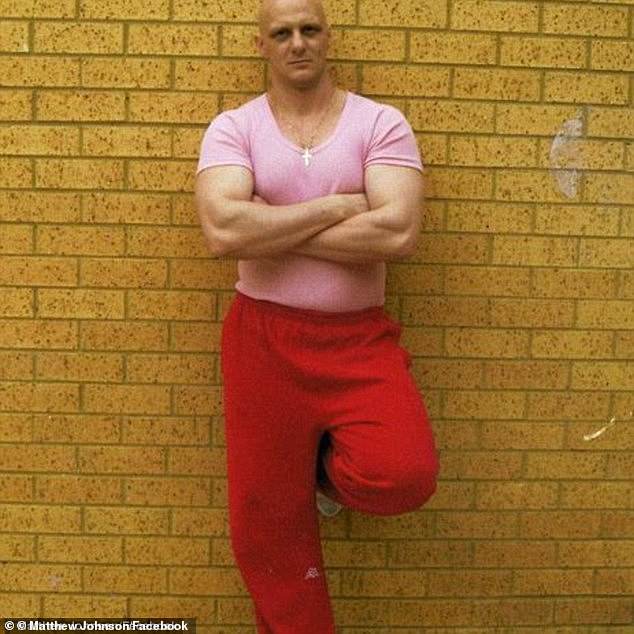 Johnson (pictured) has been a violent criminal since his youth, his criminal history includes more than 100 prior convictions for serious offences and ten previous terms of imprisonment 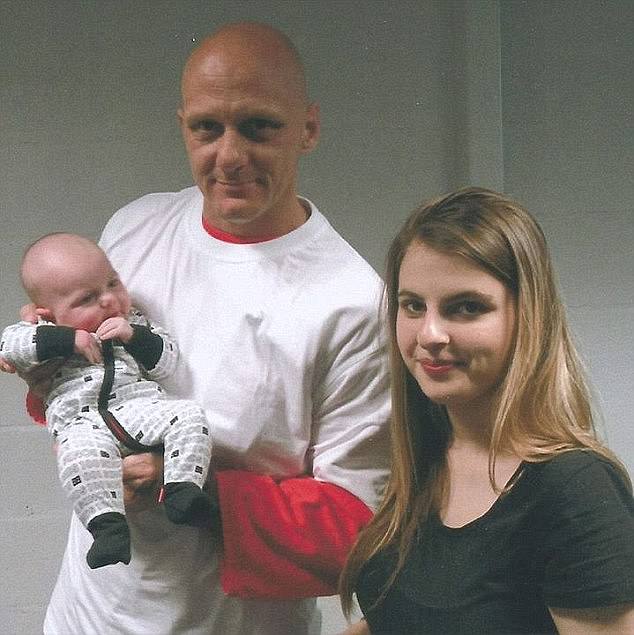 The pair were charged with the murders and appearing before the courts when Williams was killed.

A source close to Johnson told the Herald Sun in Melbourne he’d had a ‘gutful’ trying to get police documents relevant to the case and Johnson had said he was ‘not prepared to lie and say others were involved’ in the murder of Williams to take his appeal further.

He told the source: ‘I did it for the reasons I did’.

Johnson continues to serve 23 hours of each of his days in lockdown in Barwon Prison. 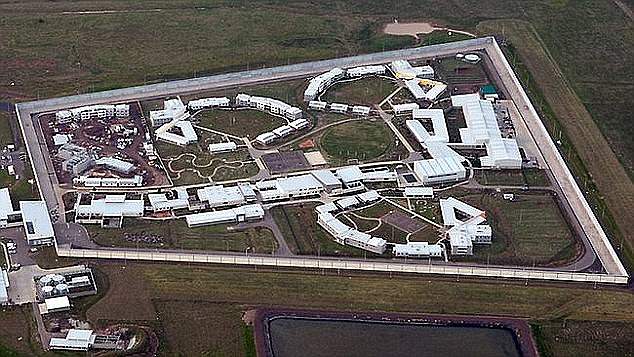 Johnson is kept in a high security section of Barwon Prison (pictured), near Geelong, separated from some of Australia’s most violent and dangerous inmates

His criminal history includes more than 100 prior convictions for serious offences, having served ten previous terms of imprisonment.

He had also notched up 76 separate incidents within prison, including multiple assaults on prisoners and prison staff, starting a fire, and possession of contraband – all prior to the murder case in 2010.

A report by a Victorian Ombudsman in 2012 revealed that POW members were ‘responsible for a series of violent assaults on prisoners and prison’, including an assault on a prisoner who was allegedly acting as a police informant. 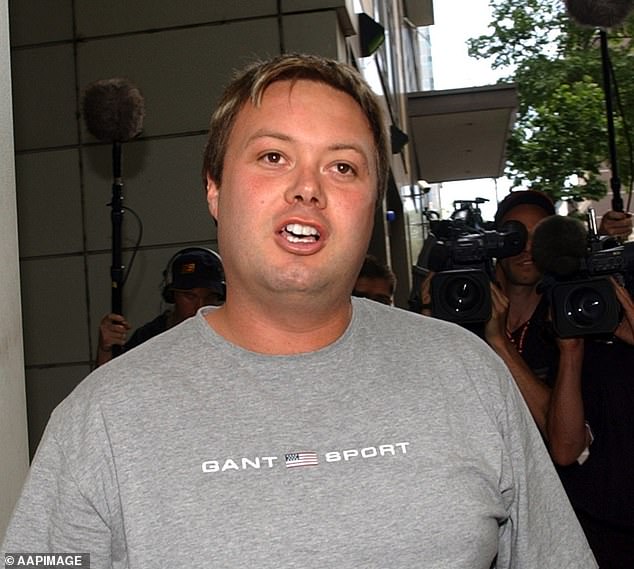 Carl Williams (pictured), convicted murderer and drug trafficker, was serving out a life imprisonment for ordering the murders of three people. He was assisting police when he was bludgeoned to death

A creed, allegedly written by Johnson, for his gang described how to solve problems in the prison with violence, including bashing, stabbing, and slashing.

A photo showing piece of paper with the savage creed was posted on a social media profile linked to the ultra-violent prison gang.

‘P.O.W. Prison is the jungle, and only the strong can survive … Problems are solved with mayhem and violence … People live and people die, We operate on an eye for an eye,’ reads the note.

‘Behind the concrete we fight a war, Action can erupt one step past the cell door, We bash, stab and slash,’ it continues.

The creed is signed off: ‘Matt Johnson, The General’.