‘We can’t be gifting goals like that’: Unimpressed Carlo Ancelotti calls for his Real Madrid defence to improve after sloppy errors allowed Celta Vigo to score twice in 5-2 victory at the Bernabeu

Real Madrid coach Carlo Ancelotti was not happy with how his side defended despite their battling 5-2 victory at home to Celta Vigo on Sunday.

Playing at the Santiago Bernabeu for the first time since 1 March 2020 after stadium renovation, Real had a terrible start, conceding after four minutes following a defensive mix-up.

‘It wasn’t a perfect night, we gifted them too much from that start,’ Ancelotti said.

Despite his side’s victory on Sunday, Carlo Ancelotti was left unimpressed with his defenders 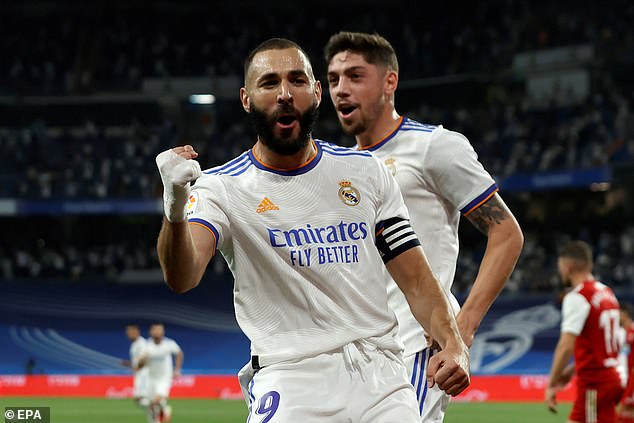 ‘We need to improve this as it makes the game tougher for us. Our reaction was great and let us win the game, but we can’t be gifting goals like that.’

Celta’s opener was not Madrid’s only defensive lapse. The visitors scored from their next attack, which came after Real equalised, to go 2-1 up and had 11 shots in total, including a number of clear-cut chances that on another night would have ended up in the net.

‘Granted, we are missing some important players like (David) Alaba and (Ferland) Mendy, but we need to help our team mates out more when we aren’t on the ball. That will help us avoid these kind of problems in the future,’ the Italian said. 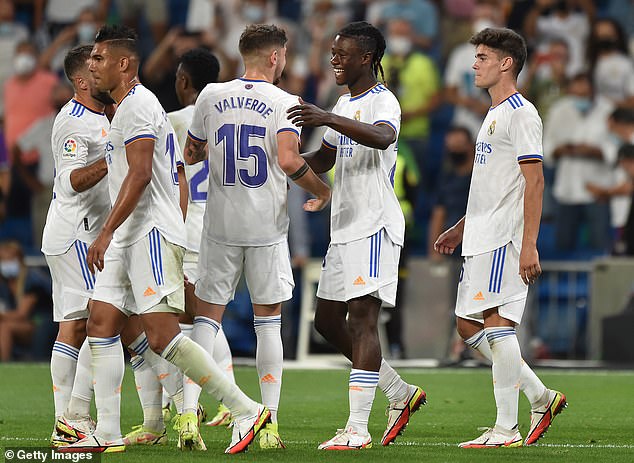 Vinicius Junior made it 3-2, celebrated his goal by jumping into the crowd and was mobbed by a large group of fans, many of whom were not wearing face masks.

However, Ancelotti refused to be drawn on the Brazilian’s celebration, which has sparked criticism from supporters and pundits across Spain.

‘I didn’t really see it. I know he went towards the fans. They helped us a lot in this game and the atmosphere was brilliant,’ he said.

The win left Real top with 10 points from four games along with Valencia and champions Atletico Madrid.