Carlo Ancelotti is ‘a week away from the sack’ at Napoli

Carlo Ancelotti is ‘a week away from the sack’ with Napoli’s feuding squad split into four camps: rioting elders, dissatisfied stars, mediators and the youngsters trying to keep it together

Carlo Ancelotti’s days at Napoli are numbered and he could be sacked within the next week, according to reports in Italy.

He faces a make-or-break Champions League tie against Genk next week where failure to secure passage to the knockout rounds could secure his fate.

They were beaten in Bologna at the weekend and are without a win in their last eight games in all competitions.

Carlo Ancelotti’s days at Napoli appear to be numbered, according to reports in Italy 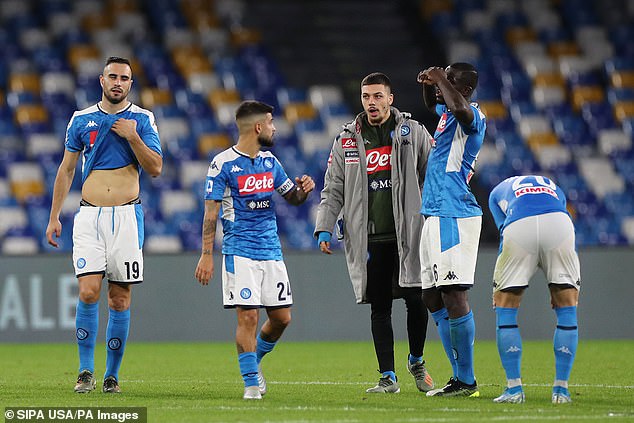 In the process Napoli have slipped down to seventh in Serie A and eight points adrift of the top four.

Napoli’s players appear to be split over the crisis that has engulfed the club, according to Gazzetta dello Sport.

The core of experienced players are believed to be against the manager, with the leading players dissatisfied with the situation.

There are mediators attempting to keep the situation under control while the young stars are the ones reportedly keeping it together. 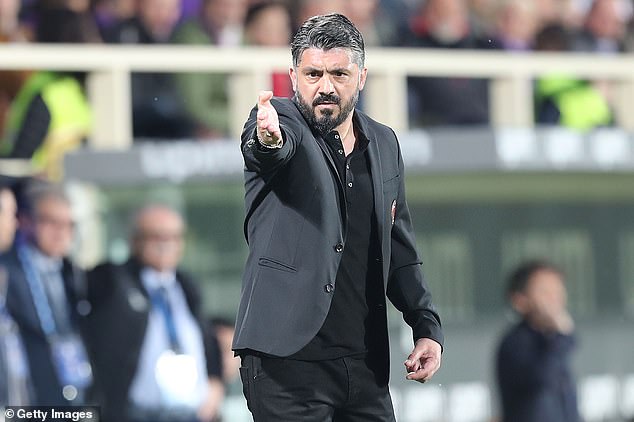 Napoli have been back at their training retreat at Castel Volturno this week.

Ancelotti’s former player at Milan, Gennaro Gattuso, has been lined up to replace him, should Aurelio De Laurentiis decide to wield the axe.