Carlo Ancelotti has claimed his AC Milan side in 2005 played the best out of all the teams he has managed in a Champions League final, despite that being the only time he has finished as a runner-up in the competition.

The 62-year-old has won three of the four finals he has been in the dugout for – two with AC Milan and one during his first spell at Real Madrid.

However, he was on the wrong end of a dramatic comeback by Liverpool 17 years ago, and he believes that match highlights how luck can play a major role on the biggest stage, as he prepares to take charge of his fifth final, once more against the Reds, on Saturday. 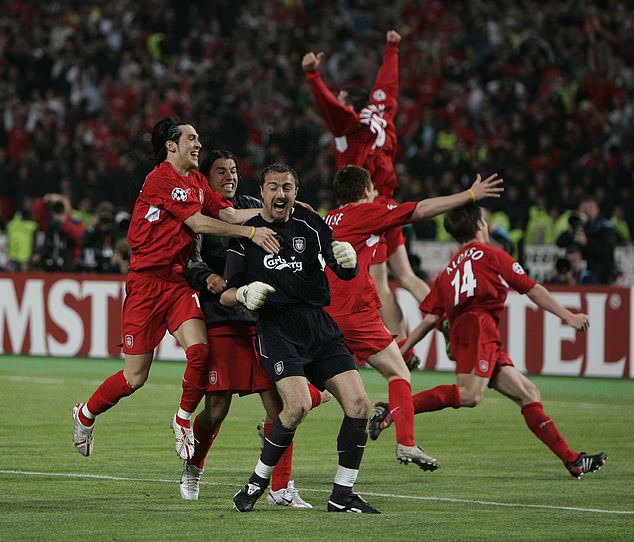 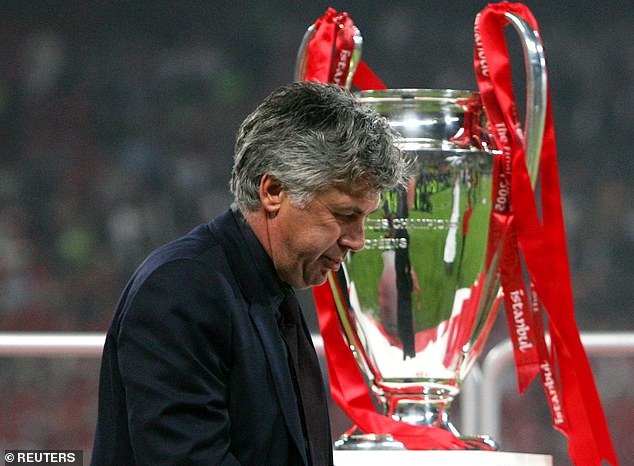 ‘This is something you dream about, but you can’t control it,’ a relaxed Ancelotti told reporters at his pre-match press conference.

‘It’s my fifth final, I have good memories of all of these finals. It’s a bit strange to think about it but I think the best (performance) was the final against Liverpool in 2005. But we lost it (on penalties having led 3-0) at AC Milan.

‘I’m not going to tell the players to play badly tomorrow because of course we want to give our best but anything can happen in a final. We have to be ready for everything.’

Real Madrid wrapped up their 35th LaLiga title at the start of the month, which has afforded them the opportunity to look ahead to Saturday’s clash.

Ancelotti could hardly have asked for better preparation, but he has admitted that his side may still lose even if they play well, such is the unpredictability of a final. 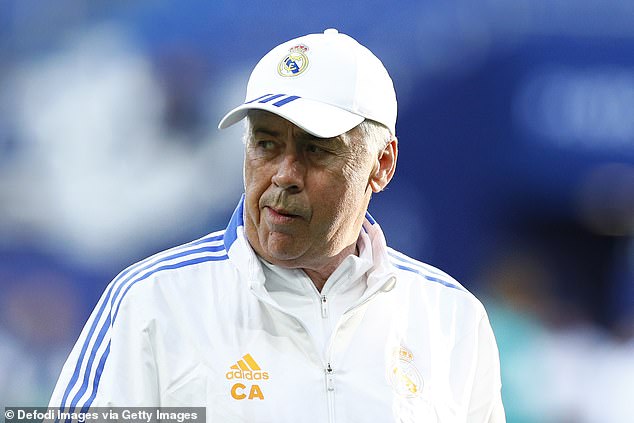 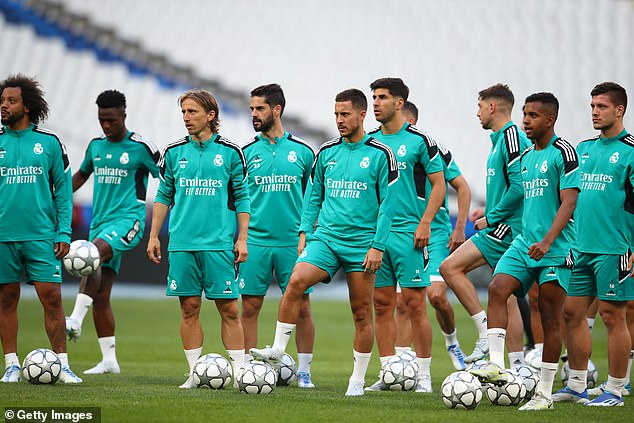 ‘We’ve had time to prepare well for it, I think we head into it in very good shape.

‘We’re going to give our best, of course, but I’m not convinced that is enough to win it.

‘That will give us a better chance if we play better. As for whether that’s enough, I don’t know because there are things you can’t control in football,’ he added.

The Italian coach rarely looks flustered, and has kept his cool throughout the competition as his players have battled past PSG, Chelsea and Manchester City in consecutive rounds.

He has urged his team to enjoy the build-up to kick-off, before switching on for kick-off as Los Blancos go in search of their 14th European Cup.

‘There’s always a similar feeling in the build-up. It’s always fantastic to be involved and you have to enjoy it without thinking too much about what might happen.

‘We have to enjoy it until the referee blows the whistle. Then it will be another story that will be written,’ Ancelotti said.