‘Things in football are unpredictable’: Carlo Ancelotti unable to explain Everton’s late draw with Newcastle… as he recalls losing Champions League final to Liverpool after being 3-0 up when speaking to players after game!

Everton manager Carlo Ancelotti tried to put a brave face on his side’s added-time collapse in the 2-2 draw at home to Newcastle by pointing out he lost a Champions League final from 3-0 up.

The Toffees were cruising thanks to Moise Kean’s first goal for the club and Dominic Calvert-Lewin’s 10th league strike heading into four minutes for stoppages.

Magpies’ substitute Florian Lejeune somehow conjured up two goals in 102 seconds, one an overhead kick, the second a goalmouth scramble – also his first goals for the club – to snatch a point. 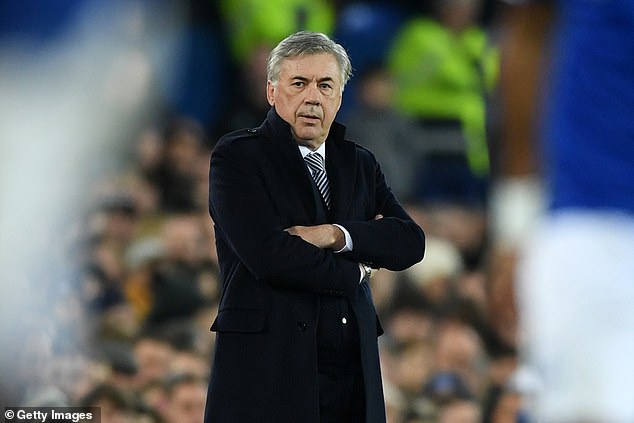 Ancelotti, whose AC Milan side famously lost the 2005 European Cup final to Liverpool having been three ahead at half-time, had no explanation.

‘I think there are things in football that are unpredictable,’ said the Italian. ‘Until the first goal no-one could think they could draw the game and me too.

‘We played well but you have to accept the result because sometimes in football things happen that you cannot control.

‘Of course the players are really sad at this moment but I said to them I have more experience, I said to them I lost the final of the Champions League winning 3-0 so it can happen sometimes.’ 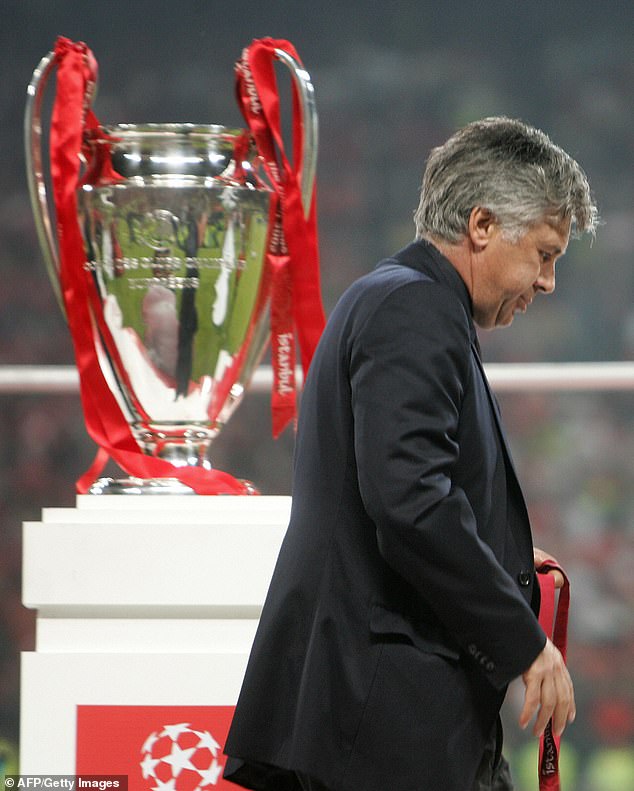 Newcastle boss Steve Bruce, who had nine senior players out through injury, was literally making things up as he went along with his substitutions late in the game, playing people out of position as he tried to manage his bare resources.

But he was pleased for Lejeune after the £8.7million signing from Eibar in 2017 found the net in his 43rd appearance.

‘We’re good in injury time! With the problems we had it was a difficult night for us full stop,’ said the Magpies manager. ‘I honestly believed when I brought people on and played people out of position it was arguably the best we played in the game. 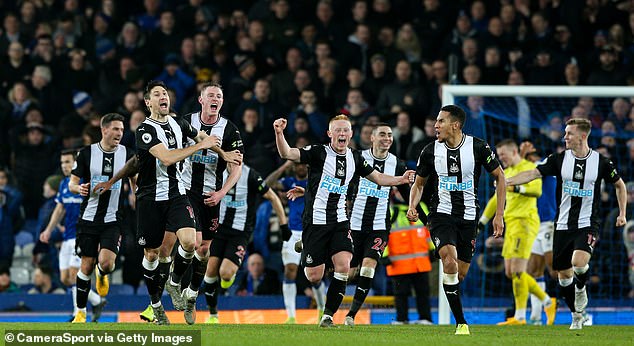 ‘To score twice was that little bit of luck you need at times. You can’t fault them as they’ve done it too often. There is no disputing we were second best for large parts but they hung in there.

‘The one thing they didn’t do was give up and somehow they have got a reward.

‘I am asking players to play out of position: a centre-half in midfield, a midfielder up front.

‘If anyone deserved a couple of goals it was big Flo with the problems he’s had in his Newcastle career.’