BREAKING NEWS: Carlos Correa and the San Francisco Giants ‘are in agreement over a HUGE 13-year, $350m contract… as two-time All-Star snubs Mets interest to become the best-paid shortstop in MLB history

Carlos Correa is set to become the best-paid shortstop in baseball history after signing a blockbuster 13-year, $350million contract with the San Francisco Giants, according to reports.

The 28-year-old two-time All-Star was attracting interest from various teams, including the uber-rich New York Mets, but he has instead agreed a deal to head to the west coast instead.

Jeff Passan reported late Tuesday that both parties are in agreement, with the Giants getting their franchise player, and Correa winning a huge bet on himself after turning down a $160m offer with Houston last year to take a one-year $35m contract in Minnesota.

Carlos Correa has reportedly agreed a huge 13-year, $350million contract with the Giants 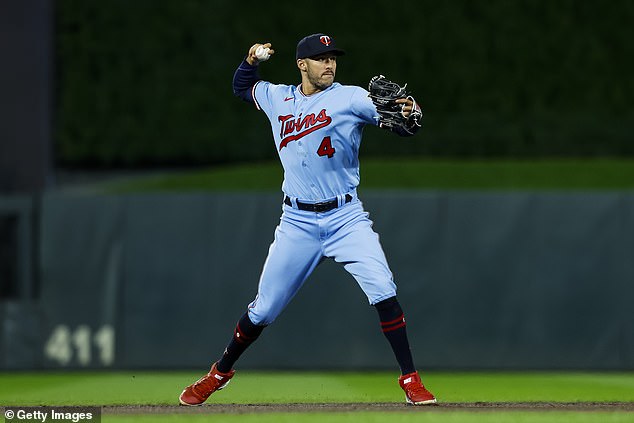 After a year with the Twins, Correa is set to become the best-paid shortstop in MLB history

After impressing with the Twins and landing his second All-Star award, Correa entered free agency and has now sealed himself a deal which sees him become the best-paid infielder ever.

It is also the fourth-largest MLB contract by total value, behind Mike Trout’s $426.5m contract with the Angels, Mookie Betts’ $365m Dodgers deal, and Aaron Judge’s recently-signed $360m agreement with the Yankees.

On top of that, he has also sealed the joint-longest contract ever for a free agent, tying Bryce Harper’s 13-year $330m deal with the Phillies. 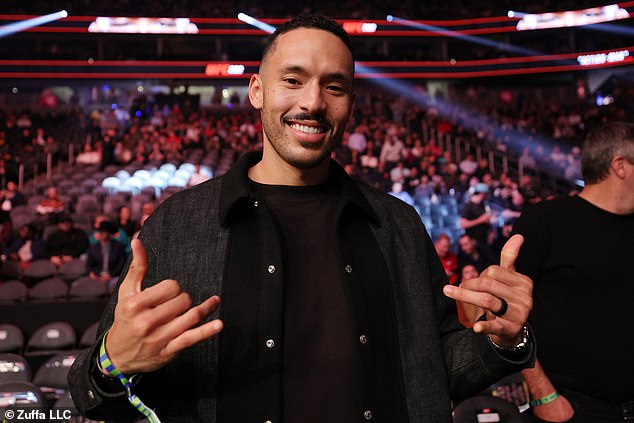 Correa was in Las Vegas at the weekend to take in UFC 282, before dealing with his future 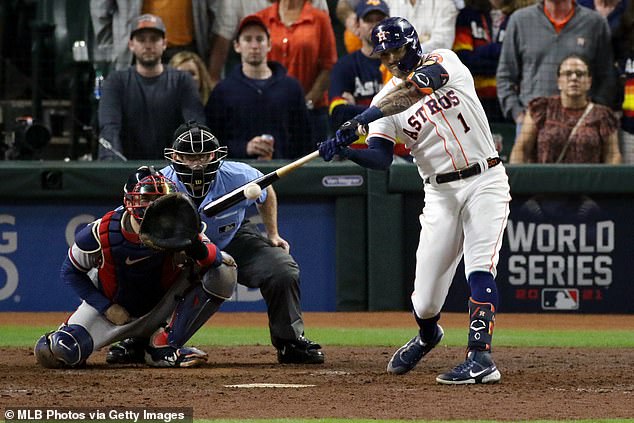 With the Astros (pictured), Correa was drafted in 2012 and won the World Series in 2017

Correa is already a World Series champion with the Astros in 2017, having been drafted No. 1 overall by them in 2012.

He blasted through the organization to make his debut at 20 years old in 2015, and has hardly looked back since.

Correa’s deal is just one of a huge winter of big-money agreements, with the Giants also agreeing a two-year $25m deal with Ross Stripling on the same day as Correa. Carlos Rodon is also on the team’s radar, but it remains to be seen whether the Giants fork out for another top talent this winter.

Elsewhere, Trea Turner has signed with the Philadelphia Phillies on an 11-year, $330m deal, while Xander Bogaerts has earned himself $280m to spend 11 years with the Padres.