She said in Pittsburgh, at a rally in support of Bernie Sanders’ presidential campaign, that ‘two devastating hurricanes’ tore the territory apart and ‘rather than finding words of comfort,’ the sitting president ‘neglected all of us.’

Carmen Yulín Cruz, the Trump-bashing mayor of San Juan was in Pittsburgh on Sunday at a rally in support of Bernie Sanders ‘ presidential campaign. She’s pictured with Sanders before the event alongside fellow campaign co-chair Nina Turner 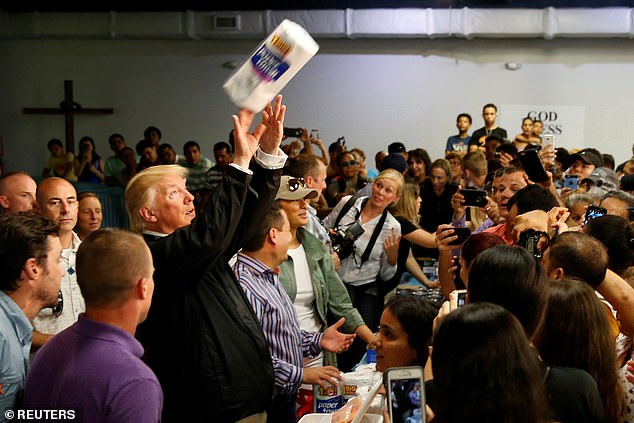 She ripped the U.S. president Sunday for ‘throwing paper towels’ at Puerto Ricans during an Oct. 2017 visit to San Juan 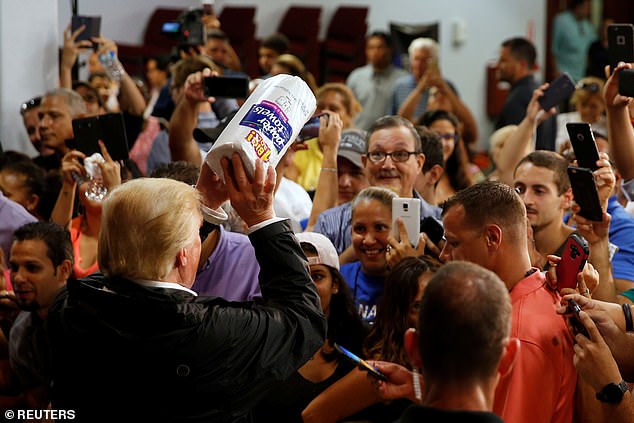 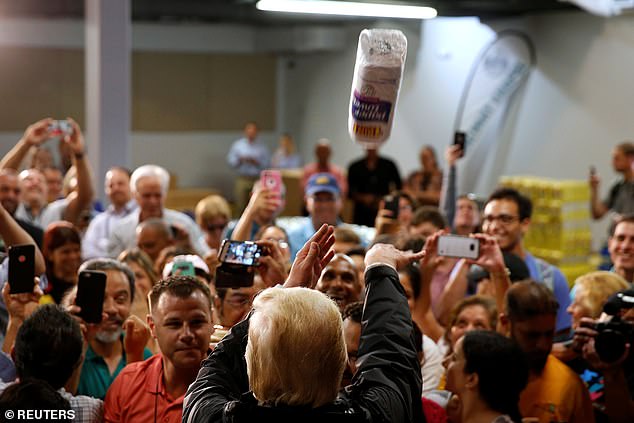 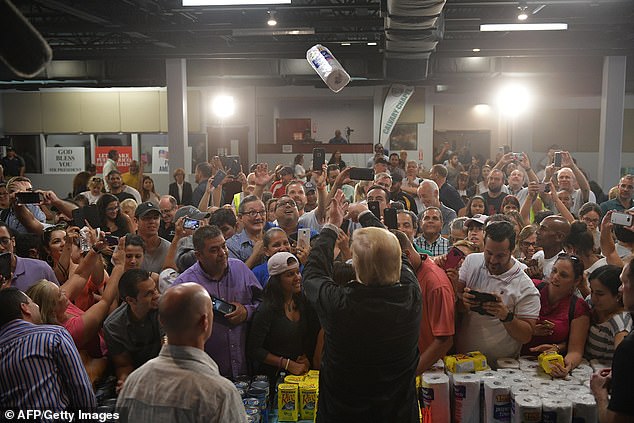 She told attendees of the Sanders rally on Sunday, ‘The world is watching. The world saw that he went down to Puerto Rico and threw paper towels at us’

She said that 3,000 Puerto Ricans died as a result of Hurricanes Irma and Maria, ‘because President Trump did not have it in him to get the job done.’

Cruz ridiculed Trump for his claim that the vast expanse of ocean between the continental U.S. and the island hampered relief efforts.

Donald Trump said in a Sept. 2017 speech that ‘the response and recovery effort probably has never been seen for something like this’ and offered his condolence’s to the U.S. territory’s people.

‘This is an island surrounded by water, big water, ocean water,’ he noted.

Days later, he visited he island to see the wreckage for himself and hear from local leaders like Cruz. He stopped at an aid distribution center while he was there, and he was filmed throwing rolls of paper towels at smiling Puerto Ricans.

Cruz has been one of his most vocal political opponents ever since.

She said Sunday that she told him during the visit, ‘ “We are dying here, and you are killing us with your incompetence, your bureaucracy and your inefficiency.’

She told attendees of the Sanders rally, ‘The world is watching. The world saw that he went down to Puerto Rico and threw paper towels at us.

‘His idea of helping was throwing paper towels. His idea of not getting the job done was blaming those who are suffering,’ she stated. 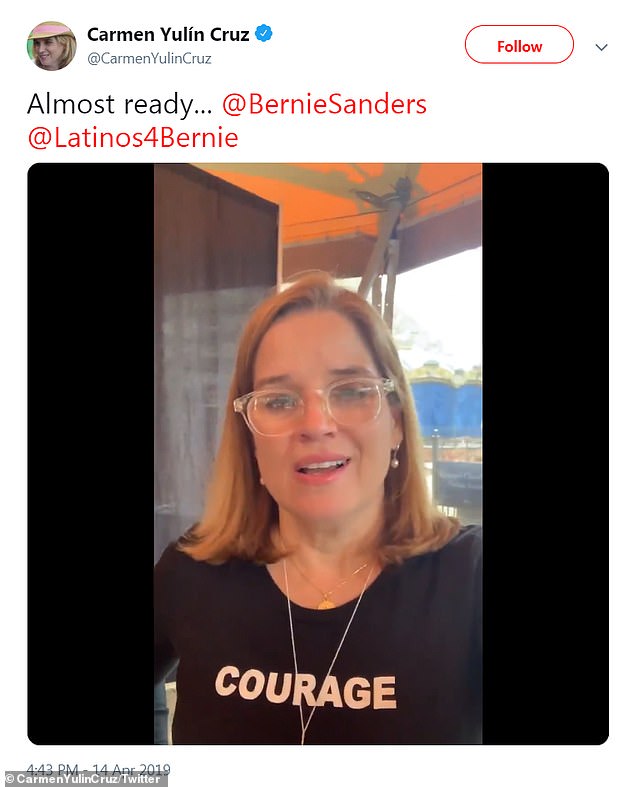 Cruz went to college in Pittsburgh. She attended Carnegie Mellon in the Pennsylvania city 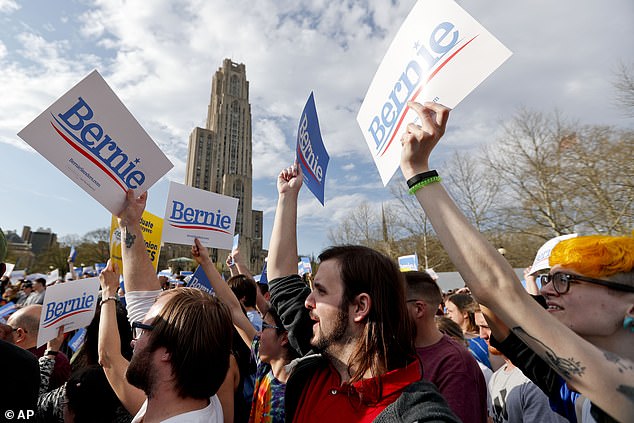 Yulin Cruz was referring to Trump’s insistence a year after the hurricane that his administration ‘got A Pluses’ for its hurricane work everywhere else.

He said it did an ‘unappreciated great job in Puerto Rico, even though an inaccessible island with very poor electricity and a totally incompetent Mayor of San Juan),’ in a Sept. 2018 tweet.

She had attacked the Republican president in a tweet the day before. ‘Pres Trump thinks loosing 3,000 lives is a success. Can you imagine what he thinks failure looks like?’ she said.

Cruz is a Carnegie Mellon grad. She’s a co-chair of Sanders’ 2020 campaign.

The senator acknowledged her feud with Trump, who he’s been trashing as a ‘pathological liar’ on the campaign trail, at the beginning of his rally remarks.

‘There is a reason why Mayor Cruz is Trump’s “least favorite mayor,” ‘ he said, ‘and that’s because she is a woman of integrity and courage and she is standing up for her people, and not afraid to take on Trump’s racism.’