Carnival Cruises ‘refused to let dying grandfather, 65, off of ship’

Carnival Cruises is being sued by the family of a grandfather who died on board one of its ships, claiming the company refused to let him off to seek medical treatment when he suffered a heart attack.

Jeffrey Eisenman, 65, from Pennsylvania, died on the Carnival Sunshine on December 4, 2018, during a cruise from Florida to the Caribbean.

Around thirteen hours before he died, he went to the doctor on board who told him he was having a major heart attack and needed to get to a hospital.

The ship was docked at Grand Turk at the time but rather than arrange for him to be taken off and flown to Miami for medical treatment – which his insurance covered – he was kept on board as it departed for a 21-our sail to Puerto Rico.

Jeffrey Eisenman, 65, is shown with his wife Linda on the Carnival Sunshine before he died last December. He suffered a heart attack on board and went

Eisenman died in the early hours of the morning after his condition deteriorated gradually overnight, his family say.

Once they got to Puerto Rico, the cruise ship staff told the family they did not want to let his body off the ship because they could not ensure it would be safely transferred back to the continental US because the island was still recovering from a hurricane and the situation was so chaotic.

Eisenman’s adult son Ryan had to therefore stay on board with his father’s body in the morgue for several days afterwards until the end of the cruise.

The family now say that the cruise ship is partly responsible for his death and say that if he had been allowed to go to the hospital immediately after the heart attack, he may still be alive.

In the lawsuit, which DailyMail.com obtained a copy of, they say: ‘If Jeffrey Eisenman had been timely evacuated from the ship or received the appropriate care and treatment, he would not have suffered such devastating injuries resulting in death.’

Jeffrey and his wife Linda boarded the ship with their adult children, Julie and Ryan, and their respective families on December 1.

On December 3, they were docked at Grand Turk in the Turks and Caicos region when Jeffrey took ill.

The lawsuit says he started vomiting and was unable to walk. His wife called 911 but the operator told her to go to the medical facility on board.

When he arrived there at around 2pm, the doctor said he’d suffered a major heart attack and had to be flown to Miami for treatment. 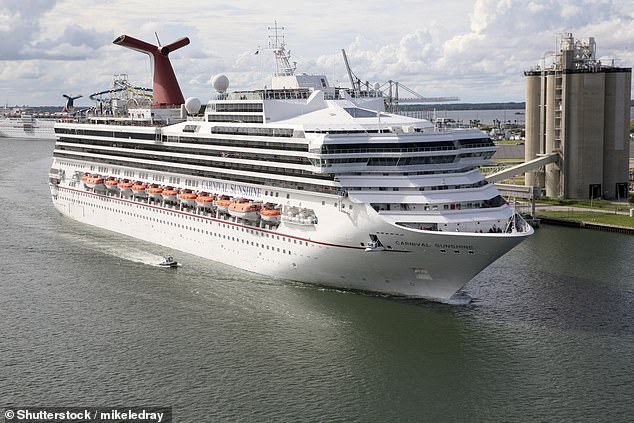 The family says they thought that was being arranged for them ‘expeditiously’.

However just before 4pm, when the boat was scheduled to depart for Puerto Rico, they were told he could not get off because someone else had to be medically disembarked first, they allege.

The family says they ‘begged and pleaded’ to get him off the ship while it was in Grand Turk but that they were ignored.

Then, rather than delay their departure to let Eisenman off, they set off for Puerto Rico with him still on board, the lawsuit claims.

Over the next several hours, his condition deteriorated drastically.

The lawsuit states that he was diabetic and his blood sugar elevated drastically when he was confined to the medical center on board, causing him to lose consciousness.

Then, he started struggling to breathe. He was given oxygen but continued to deteriorate.

At 3.30am, he was intubated. He then went into cardiac arrest. 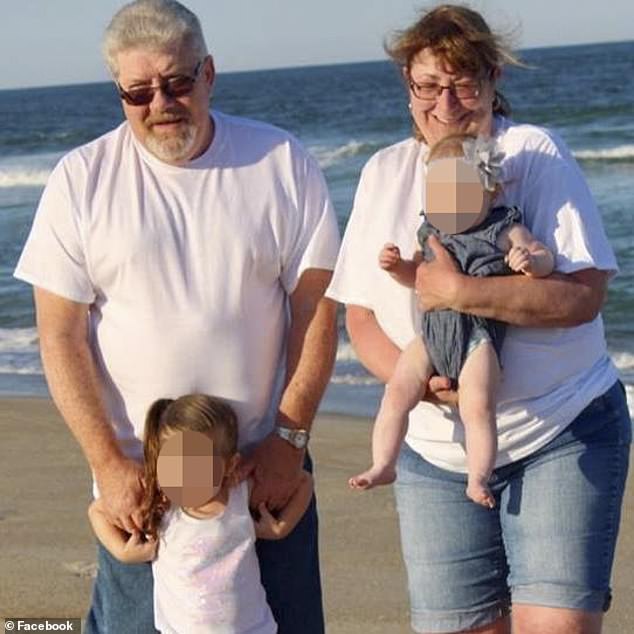 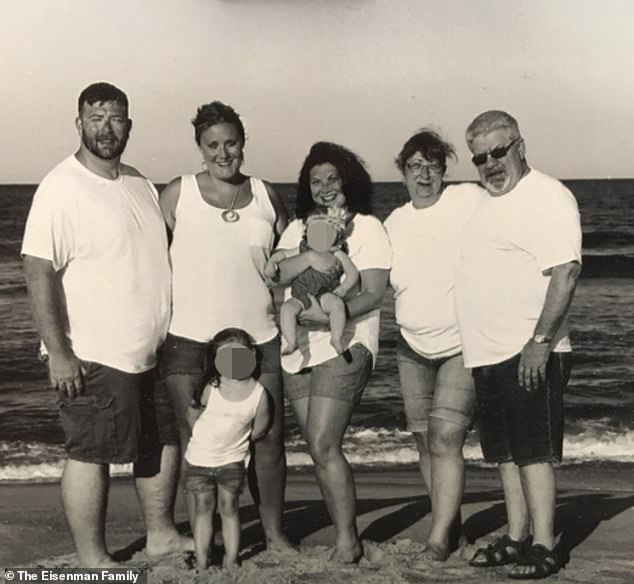 Eisenman and his wife were on the ship with their adult children Ryan (left) and Julie (center) with his grandchildren. Ryan stayed on the ship for five days with his father’s body until it docked back in Florida because staff said they did not want to let his body off in Puerto Rico

Doctors performed CPR on him but told the family there was ‘no realistic hope for recovery’. He died a short time afterwards, more than 12 hours after first going to them for help.

When they finally arrived in Puerto Rico, the ship’s personnel told them that they could not unload his body onto the island and ensure it would reach continental US because the conditions on the island were still chaotic from Hurricane Maria.

Linda and Julie left the boat ‘in a state of devastation and distress,’ the lawsuit said.

Ryan stayed on the boat until it returned to the US to watch over his father’s body. It is unclear how long it took to get back to the mainland.

The family is now suing the cruise ship company for negligence. They are asking for a jury to determine how big a settlement they should receive if they win their case.

Carnival Cruises did not immediately respond to DailyMail.com’s inquiries on Thursday morning.