Caroline Wozniacki has claimed her family got death threats from spectators at the Miami Open who also abused her on court and told her fiance’s 10-year-old niece and nephew to ‘shut the f*** up’.

The women’s world number two, from Denmark, said the abuse happened during her second round match on Friday, which she lost to reigning Olympic champion Monica Puig in three sets.

And she alleged in a tweet that security staff did nothing to stop the barrage of vitriol, adding that she hoped the tournament organisers would act for the sake of the ‘next generation’ of players.

The women’s world number two, from Denmark, said the abuse happened during her second round match on Friday, (pic) which she lost to Monica Puig in three sets 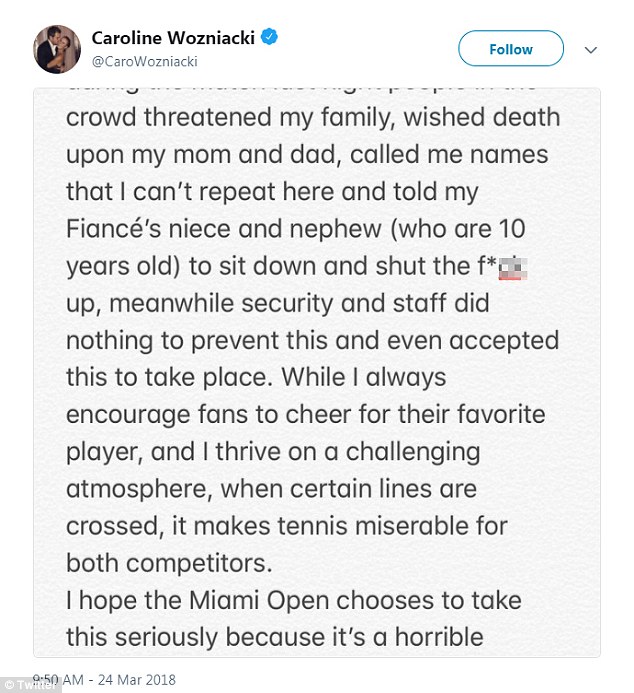 The star tweeted: ‘Last night I lost a tough match to a great opponent and friend Monica Puig at the Miami Open. I am fully aware that tennis is a game of wins and losses.

‘However, during the match people in the crowd threatened my family, wished death upon my mom and dad, called me names I cannot repeated here and old my fiance’s niece and nephew (who are 10) to sit down and shut the f*** up.

‘Meanwhile security and staff did nothing to prevent this and even accepted this to take place[sic].

‘I hope the Miami Open takes this seriously because it is a horrible example to set for the next generation of tennis players and fans.’ 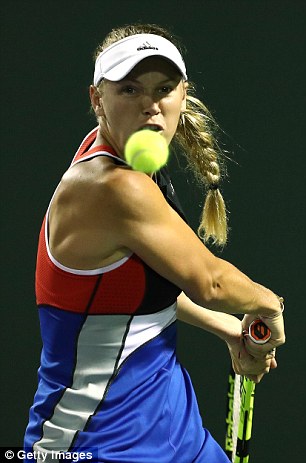 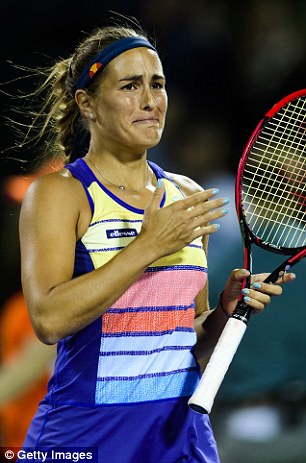 Miami’s large Hispanic population means that vociferous support for certain players, usually from South America, is a regular feature of this event and the crowd was undoubtedly pro-Puig.

However, this appears to have reached a new level of unsavoury partisanship.

The tournament’s organisation was aware of her complaints and was last night considering its response. 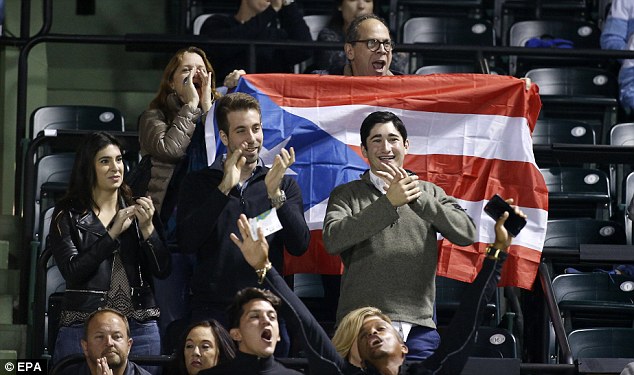