Carrie Symonds slams Amazon for too much plastic packaging

Boris Johnson’s fiancee Carrie Symonds today revealed she has had to rely on Amazon deliveries for baby essentials since giving birth to her son Wilfred as she blasted the internet giant for using too much plastic packaging.

Miss Symonds, 32, said she was ‘dismayed’ at the amount of plastic packaging used by Amazon for their baby products.

The senior adviser for Oceana, an organisation which campaigns for policies to protect and restore the world’s oceans, also shared a petition calling for the online retailer to provide a ‘plastic-free’ option at checkout.

Miss Symonds tweeted: ‘Since having Wilf and not being able to get to the shops during lockdown, I’ve relied on Amazon for lots of baby essentials but I’ve been dismayed at the amount of plastic packaging.

‘Please sign this petition to ask Amazon to give us plastic-free options too.’

In a series of earlier tweets, she explained: ’94 per cent of Amazon customers surveyed in the UK by YouGov for Oceana are concerned or very concerned about plastic pollution and the impact on the environment. It’s time we are given plastic-free choices.

‘UK customers are by far the most in favour of a plastic-free check-out option (81 per cent), with half of them willing to shop elsewhere to be given a plastic-free option (52 per cent).’

The petition, which has gained over 487,400 signatures at the time of writing, reads: ‘Since Amazon ships over 50 per cent of the packages in many countries, we are asking them to set an example and offer materials that are more easily recycled and reused so consumers can feel better about the need to shop online and gain more control over what arrives on their doorstep.’

It adds: ‘Please grant consumers the choice to go “Plastic-free”. 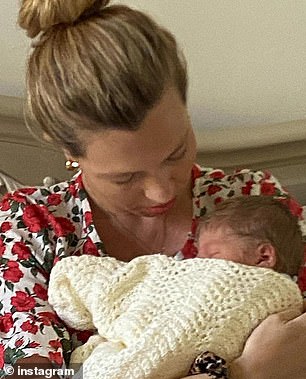 ‘It’s not acceptable for major businesses to leave consumers with so few choices and we are fed plastic we didn’t ask for that later ends up in landfills or in our rivers and oceans.

‘Plastic-free choices should be accessible and plentiful if we want to see lasting change and a dramatic decrease in plastic waste.

‘Let’s take a big step forward and make “Plastic-free” a regular option on all checkout forms.’

It follows Miss Symonds also demanding that British retailers stop selling coconut products that use monkey labour in their production.

She welcomed pledges by four firms including Boots and Waitrose to take the goods off their shelves, adding it was ‘time ALL supermarkets to do the same’.

A keen conservationist, she called on all other supermarkets to stop selling the products, which include certain brands of coconut water and coconut milk, and named three chains.

Within hours of posting about the use of monkey labour on social media, the huge supermarkets began to respond.

The senior adviser for Oceana, which campaigns for policies to protect and restore the world’s oceans, shared a petition calling Amazon to provide a ‘plastic-free’ option at checkout

Miss Symonds is living at Downing Street with the Prime Minister and their almost three-month-old son, Wilfred Lawrie Nicholas Johnson.

Carrie gave birth in London on April 29 with the Prime Minister at her side, days after he himself had been released from medical care following a lengthy battle with coronavirus.

A courier has previously been spotted carrying two boxes to the Prime Minister’s official residence with the eco-friendly range Kit & Kin labelled across one of the deliveries.

The range was created in 2017 and co-founded by Spice Girl Emma Bunton and Christopher Money.