Carrie Symonds to take her first overseas trip with boyfriend Boris Johnson to New York as the PM meets Donald Trump, Macron and Merkel at the UN

By Isabella Nikolic For Mailonline and Daily Mail Reporter

Carrie Symonds is set to take her first overseas trip with her boyfriend Boris Johnson since he became Prime Minister.

The pair are both attending the UN General Assembly in New York where Johnson is set to meet with world leaders Donald Trump, Emanuel Macron and Angela Merkel.

But the green campaigner will get to the assembly under her own steam, rather than on his RAF jet.

It is not known if the couple will stay together in Mr Johnson’s hotel, or if Miss Symonds will meet world leaders. An official said: ‘There is no extra cost to taxpayers.’ 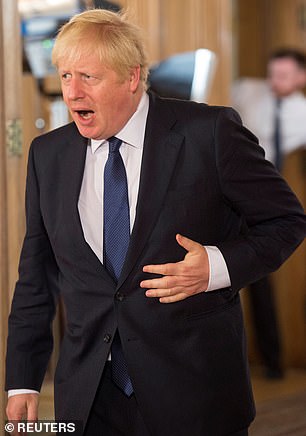 Downing Street has insisted that Miss Symonds is attending the event as an adviser to Oceana, an environmental pressure group.

It is believed that she will attend the World Wide Fund reception on Monday, after the UN climate change summit which will be addressed by Greta Thunberg.

Boris Johnson is due to meet Donald Trump, Emmanuel Macron and Angela Merkel as he discusses Brexit, Iran and the climate crisis at the United Nations.

The Prime Minister arrives on Sunday in New York for the annual General Assembly where world leaders will also convene for the UN’s Climate Action Summit. 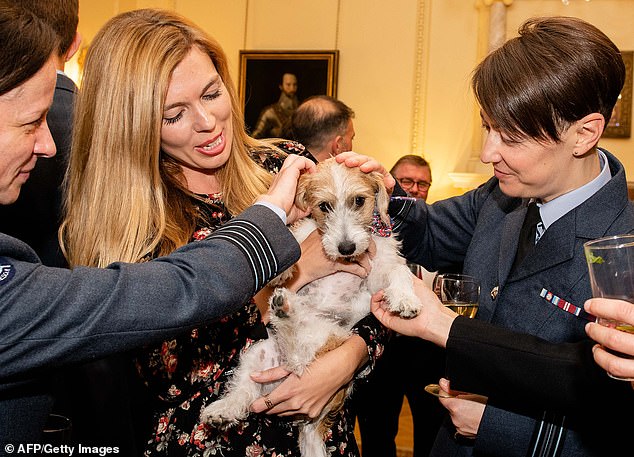 It is not known if the couple will stay together in Mr Johnson’s hotel, or if Miss Symonds will meet world leaders. Pictured is Ms Symonds with the couple’s new dog called Dilyn

Mr Johnson will meet his Irish counterpart, Leo Varadkar, following his deputy’s warning that a ‘wide gap’ remains between the UK and the EU on securing a new deal.

The PM will also meet European Council president Donald Tusk, as the PM tries to reach an agreement ahead of the October 31 Brexit deadline. 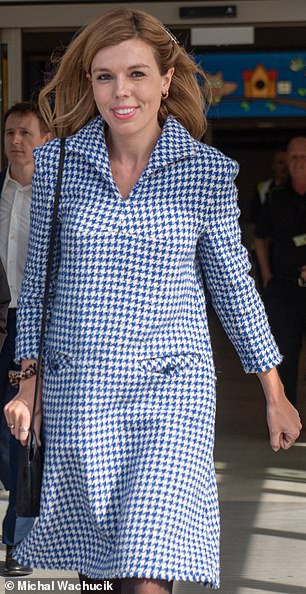 Downing Street has insisted that Miss Symonds is attending the event as an adviser to Oceana, an environmental pressure group

His meeting with French President Mr Macron and German Chancellor Mrs Merkel is being billed as an E3 meeting to discuss the attacks on the Aramco oil facilities in Saudi Arabia.

But a senior Government official said: ‘I’m sure Brexit will come up.

‘What this gives the PM an opportunity to do is talk to them at leader level about what some of our proposals are.

‘At the same time we are under no illusions that there’s an awful lot of work to do.’

It is likely they will discuss the three ‘non-papers’ the UK has shared with the bloc, focusing on the agrifood zone, customs issues and on manufactured goods.

EU chief Jean-Claude Juncker buoyed hopes by insisting ‘we can have a deal’, but Ireland’s deputy prime minister Simon Coveney said a ‘wide gap’ remains between Mr Johnson and the bloc.

Mr Tusk will meet with Mr Varadkar and Mrs Merkel ahead of his talks with the PM.

Other ‘wider foreign policy’ issues such as Iran and Syria will also be discussed, the official said.

Mr Johnson will also meet the US president, when he is expected to discuss Iran, Afghanistan and the climate crisis – a thorny subject for Mr Trump who has described it as a ‘hoax’. 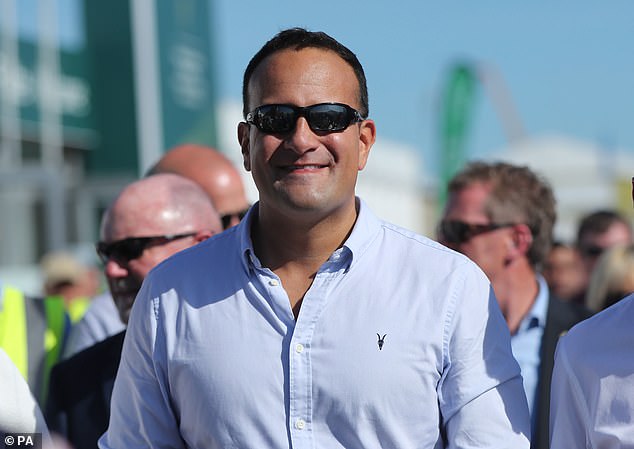 Mr Johnson will meet his Irish counterpart, Leo Varadkar (pictured), following his deputy’s warning that a ‘wide gap’ remains between the UK and the EU on securing a new deal

Ahead of the assembly, the PM said he would be raising three ‘crucial issues’.

‘First, how Britain can work with our European and American allies on peace and stability in the Middle East,’ he said.

‘Second, how science and new technologies can help the world deal with climate change and the threats to biodiversity.

‘And third, how post-Brexit Britain will be a better place to invest in and live in.’