But Miss Symonds is understood to want to ‘avoid the limelight’ and will not accompany her boyfriend to Buckingham Palace when he meets the Queen.

Nor is she expected to walk down Downing Street on his first day in office.

A friend of the couple told the Mail: ‘She wants to support him in any way she can but she’s got no desire to put herself in front of the cameras.

If Boris really needs Carrie there, she will obviously be there but otherwise she’s got her own full time job to do.’

Another said: ‘She’s the last person to want to make a big entrance. Of course she plans to be supportive of Boris, as ever, but she doesn’t want to be front and centre.’

The incoming prime minister has traditonally been accompanied by their spouse when going to visit the Queen to ‘kiss hands’.

David Cameron was joined by a heavily pregnant Samantha Cameron in 2010 when he replaced Gordon Brown, and in July 2016 Theresa May and her husband Philip went to Buckingham Palace together.

The spouse sits in an outer room at the Palace while the new PM goes to meet Her Majesty. 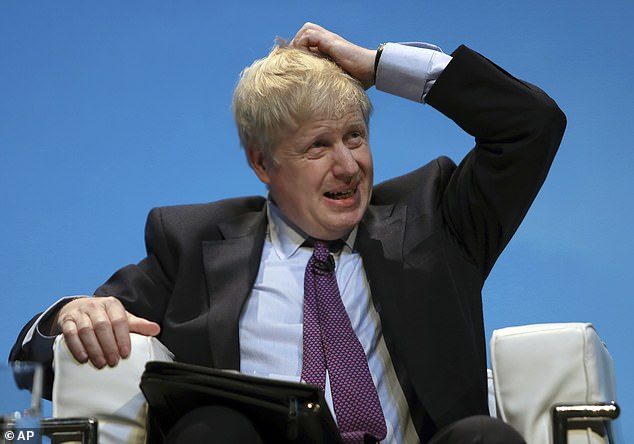 Mr Johnson’s leadership campaign was last week split over whether he should pose on the steps of Downing Street with Miss Symonds.

Most of his advisers believe that his girlfriend should stay in the background – while her allies were pushing for her to share the limelight. 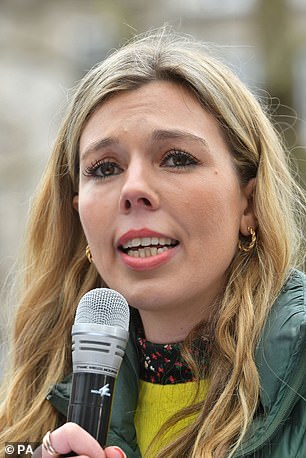 The day after Tuesday’s Tory leadership run-off, Mrs May will travel to the Palace to resign as Prime Minister and recommend her successor to the Queen.

Miss Symonds, a former director of communications in Tory central office, is an advisor at Oceana, an organisation which campaigns to protect and restore the world’s oceans.

Mr Johnson has refused to comment on his private life during the leadership campaign.

The couple lived together in Miss Symonds’ flat in Camberwell, south London, until last month, when their neighbours called the police following a late-night ‘row’.

Mr Johnson is still married to his second wife Marina, the mother of four of his children. They announced they were divorcing in September last year.