Andy Carroll was banished from training on Monday following a bust-up with manager David Moyes.

The West Ham pair clashed at the club’s Rush Green training complex after Moyes sought an explanation from the striker as to why he left the substitutes bench before the full-time whistle during the loss to Manchester City on Sunday.

Carroll appeared to be angry that he was not introduced as a substitute during the game; TV cameras capturing his fury as Moyes made a triple substitution that didn’t include the target man. Moyes said after the game that he would deal Carroll’s decision to storm off down the tunnel while his team-mates were still playing.

The Hammers boss, a known disciplinarian, took up the issue with Carroll at training on Monday sparking the angry flashpoint between the pair.

Sportsmail understands the confrontation ended in Carroll being told to leave the training ground. There is no suggestion that the exchange turned physical.

It now seems likely Moyes will seek to formally discipline the former Liverpool centre-forward and his involvement in Saturday’s visit to Leicester City may be in jeopardy. 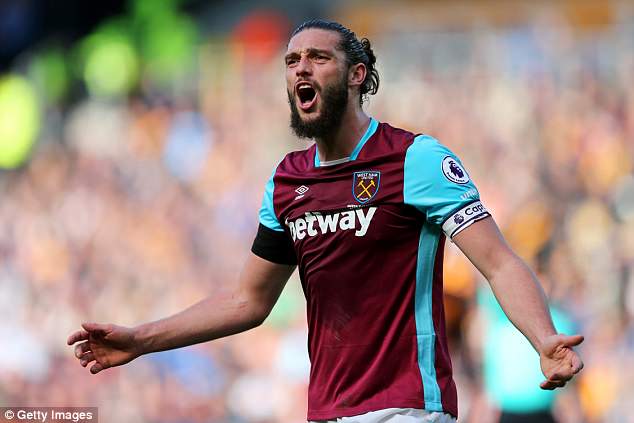 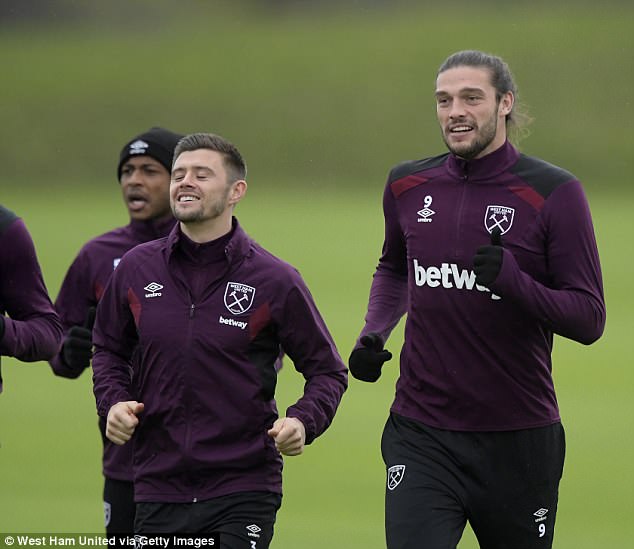 Carroll has only recently returned to fitness following a four-month ankle injury lay-off, scoring on his return to the side against Stoke earlier on April 16.

Carroll was a shock target for Chelsea in January before he suffered an ankle injury.

And if Moyes remains in charge at West Ham next season, his future could be called into question following Monday’s heated confrontation.

The encounter was overshadowed by a number of pitch invasions from irate Hammers fans furious at there team’s performance.

But despite the fact the incident took place over seven weeks ago, the FA are still continuing their enquiries into the events at the London Stadium on March 10.