Case against Nazi who helped kill 3,700 to be thrown out

Hubert Zafke had faced 3,681 counts of being an accessory to murder

German prosecutors have called for the case of a 96-year-old Nazi medic who helped kill thousands of Jews at Auschwitz to be thrown out because he is deemed unfit for trial.

Hubert Zafke had faced 3,681 counts of being an accessory to murder at the concentration camp in Nazi-occupied Poland.

But concerns over his mental and physical health led to repeated postponements of the trial, which began in February 2016 in the northeastern lakeside town of Neubrandenburg.

The prosecutors’ move Thursday effectively ends proceedings against one of the last defendants accused of crimes at Auschwitz.

A court spokesman said the presiding judges would approve the motion ‘in the short term’.

Stefan Urbanek, a spokesman for the regional prosecutor’s office, said in a statement that medical evaluations in March and July this year had found the wheelchair-bound Zafke ‘unfit to stand trial’.

‘The experts reached this conclusion after having diagnosed dementia in October 2015, leading to a determination that Zafke could only stand trial on a limited basis,’ Urbanek said.

‘Now the dementia has reached a severity that the defendant is no longer able, inside and outside the courtroom, to reasonably assess his interests or coherently follow or give testimony.’

Urbanek said prosecutors were required by law after receiving this independent medical evaluation to submit a motion to dismiss the case.

Thomas Walther, a lawyer for two co-plaintiffs, sons of a woman murdered at Auschwitz, criticised the state’s handling of the case but acknowledged that the prosecutors’ motion to end the trial ‘complied with the rule of law’.

Proceedings against Zafke, a farmer’s son who joined the Nazi party’s elite police force the Waffen-SS at age 19, had already been halted last October following complaints that the judges were biased. 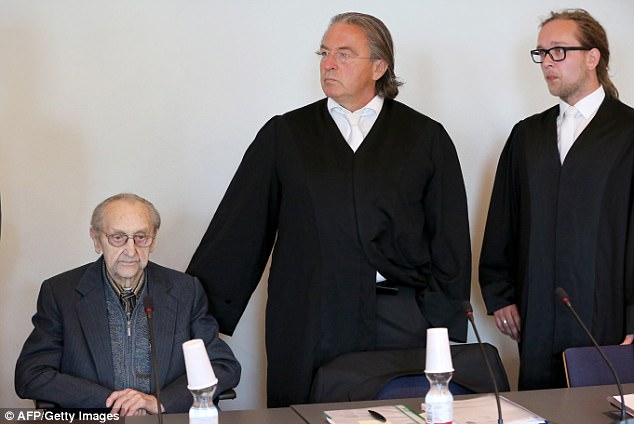 Former SS medic Hubert Zafke (left), 95, accused of aiding in 3,681 murders in Auschwitz in 1944, sits next to his lawyers Peter-Michael Diestel (centre) and Hannes Barck as he arrives for his trial on September 12, 2016 at the court in Neubrandenburg, northeastern Germany 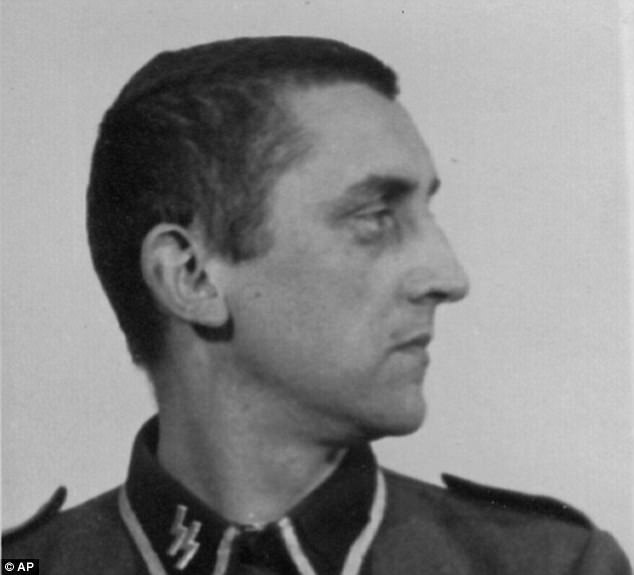 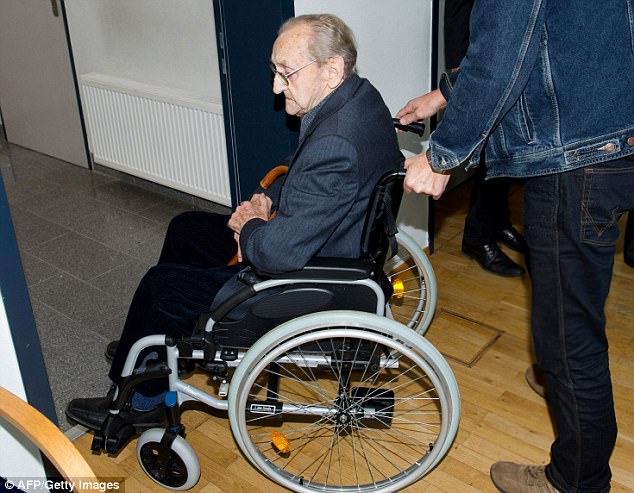 Hubert Zafke, 95, is wheeled out of court after yet another postponement in his trial

The charges against Zafke focused on a one-month period in 1944 when 14 trains carrying prisoners – including the Jewish teenage diarist Anne Frank – arrived at Auschwitz-Birkenau.

Frank, who arrived in Auschwitz with her parents and sister, was later transferred to another camp, Bergen-Belsen, where she died in March 1945, just two months before the Nazis were defeated.

After World War II, a Polish court in 1948 sentenced Zafke to a four-year jail term from which he was released in 1951.

But during his first questioning by German prosecutors in 2014, he denied ever having worked at Auschwitz.

In later depositions, he acknowledged his presence but said he was unaware of the gas chambers and crematoria at the death camp until after the end of the war.

The International Auschwitz Committee, which represents Holocaust survivors, had previously sharply attacked Germany’s handling of the case, saying the court was hurtling ‘between sloppy ignorance and complete disinterest’ in a resolution.

Some 1.1 million people, most of them European Jews, perished between 1940 and 1945 in Auschwitz before it was liberated by Soviet forces. 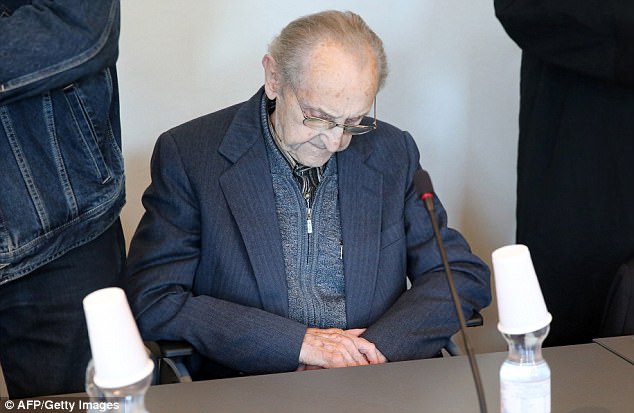 More than 70 years after the prosecution of top Nazis began in Nuremberg, Germany has been racing against time to try the last cogs in the Third Reich’s killing machine.

Zafke was the fourth former concentration camp worker in the dock in the latest series of trials, following John Demjanjuk in 2011, Oskar Groening in 2015 and Reinhold Hanning last year – all convicted of complicity in mass murder.

All were tried using a new standard of evidence: that it was sufficient to work at a death camp to be prosecuted, even without proof of a link to specific deaths.

Those cases were hailed for providing a degree of catharsis for aged survivors, even if they shed little new light on the Holocaust.