Cases of meningitis W have rocketed by 922% in eight years

A promising student was left on the verge of death after being struck down with the virulent meningitis W, her family has revealed.

Shirali Patel, who had only just started her medicine degree at Cambridge University, was forced to restart the year because of her illness.

Her symptoms began with a sore throat before quickly escalating. Miss Patel is now barely unable to remember her ordeal, which left her critically ill.

Miss Patel spent three months fighting for her life in hospital as doctors warned her family, from Harrow, to be ‘prepared for the worst’.

Her horrific ordeal follows official figures which revealed cases of the deadly strain of meningitis have rocketed by 922 per cent in eight years.

Meningitis W, which can easily kill, has infected 225 people since July last year. In contrast, just 22 people were struck down in 2009/10.

The figure is already the highest on record, the Public Health England data shows – despite there still being six months before the final amount is calculated.

Charities are also concerned that cases are only going to soar in the coming weeks, as winter is considered peak season for the deadly infection.

In an interview with The Telegraph to raise awareness of the virulent strain, Miss Patel revealed that she feels ‘extremely lucky’ to still be alive.

She praised her brother, Kelan, 18, for spotting how serious her condition was when she called him for help to get out of bed last December.

Her father, Dee, 51, accused health officials of not providing enough information about the life-saving jab, which teenagers are encouraged to get.

Mr Patel, a property landlord, told the newspaper: ‘If my son hadn’t been at home that day, or if Shirali had become ill at university, I doubt she’d be here today.

‘Parents and teenagers simply aren’t aware how dangerous this disease is, and that a simple, free jab can save lives.’

Miss Patel’s terrifying ordeal has also encouraged her friends to get the Men ACWY vaccine – which offers protection against the deadly bacteria.

Her story follows a warning from the Meningitis Research Foundation last week that cases will only rise.

The charity urged every eligible person to get vaccinated against the potentially deadly infection because of winter being peak season. 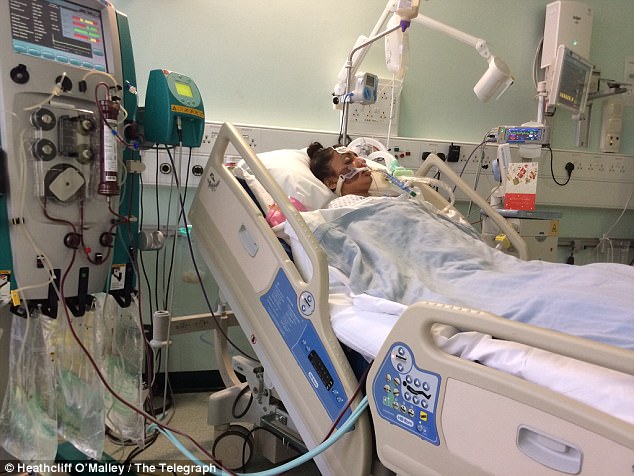 Shirali Patel, who had only just started her medicine degree at Cambridge University, was forced to restart the year because of her illness 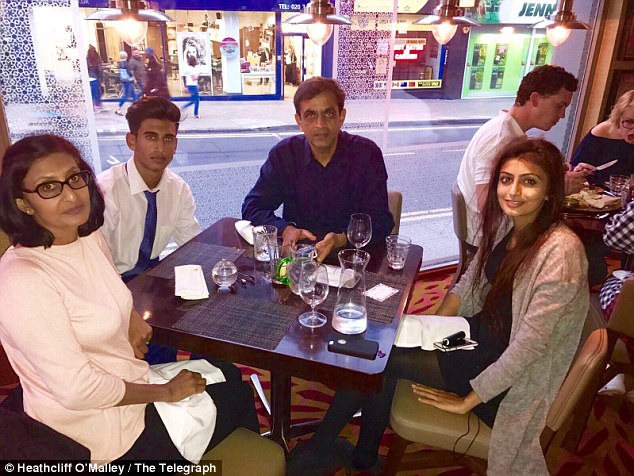 Her father, Dee, 51, accused health officials of not giving enough information about the life-saving jab (also pictured with her mother, Alvina, and brother Kelan, 18)

Seasonal illnesses, such as cold and flu, allow the harmful bacteria to invade the body through the nose and stay dormant.

Figures suggest there are around three times as many cases of bacterial meningitis in January compared with September, on average.

The decision was made because cases of the virulent W strain of the infection have soared in recent years, with 211 infections in 2015/16.

Teenagers and university students are encouraged to get the Men ACWY vaccine to protect themselves against the deadly bacteria.

This group is thought to be at a higher risk of infection because they mix closely with lots of new people – some of whom may unknowingly carry the bacteria at the back of their noses and throats.

Mmeningitis, which can kill within a day, is a bacterial infection of the protective membranes that surround the brain and spinal cord.

Shirali’s symptoms began last December, when she returned to her family home in Harrow after her first term at Churchill College finished.

Her condition deteriorated over a few days and she was rushed to hospital, The Telegraph reports. Her family were told to ‘prepare for the worst’.

Mr Patel was told his critically-ill daughter may have an aggressive form of leukaemia before doctors diagnosed her with meningitis W.

She was placed in an induced coma to help her fight the bacterial infection, but her organs were quickly shutting down.

Doctors wired her up to specialist breathing apparatus to keep her alive. She was eventually discharged at the end of March this year.

Miss Patel told the newspaper: ‘I was disappointed to miss my second two terms at university and restart my course in September.

‘But compared to what might’ve happened if my brother hadn’t been at home when I deteriorated so rapidly, I feel extremely lucky’. 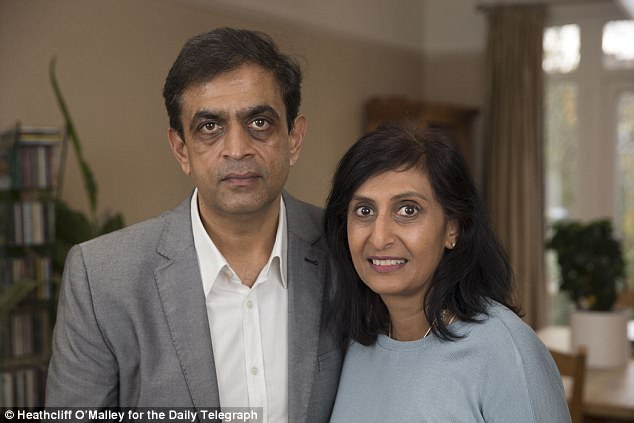 This infection causes these membranes (the meninges) to become inflamed, which in some cases can damage the nerves and brain.

It is considered a medical emergency and can lead to death, or long term complications like limb amputations and blindness.

In the UK, six different strains of bacterial meningitis – A, B, C, W, X, and Y – cause the most disease.

For decades meningococcal B (MenB) has been the main group, and meningococcal C (MenC) was also common until the MenC vaccine was introduced, reducing cases to just a handful each year.

However, cases of meningococcal W (MenW) have risen steadily.

It often has different symptoms to other kinds of meningitis.

Several adults with MenW septicaemia have had mainly gastrointestinal symptoms, but without the typical rash that most people associate with meningitis. As as a result, they have progressed rapidly to death.

University students up to the age of 25 are now offered a vaccine to protect against MenW.

It protects against four different causes of meningitis and septicaemia – meningococcal (Men) A, C, W and Y diseases.