Casey Anthony reality show with OJ would lead to lawsuit

Cindy Anthony said she is ready to file a lawsuit against her daughter should she try to sell her life story or cash in on her infamy with a reality series.

The still-bereaved grandmother and her husband, George recently sat down with TV host Chris Hansen for an interview with Crime Watch Daily, airing next Monday, to discuss their granddaughter’s death and their lives in the aftermath of Casey’s murder trial.

Casey Anthony, who quickly became the most hated mother in America following her daughter Caylee’s disappearance, was acquitted of first degreee murder and manslaughter charges in 2011 after a high-profile trial that kept Americans glued to their TV screens for six weeks.

It has been rumored that Casey, now 30 years old and working as an aide to a private investigator, has been exploring the possibility of starring in a reality show with OJ Simpson, who was released from prison earlier this month after serving nine years for an armed robbery.

In March, Anthony said she empathized with the disgraced football star and actor, who was famously acquitted in 1995 of murdering his wife Nicole and her friend Ron Goldman, in what became known as the ‘trial of the century.’

‘Oh god,’ Mrs Anthony exclaims in reaction to the prospect of Casey and Simpson teaming up for a joint media project, saying she would consider pursuing legal action to stop Casey.

‘If it came down to that, I probably would [sue],’ she says.

George meanwhile had one message for Casey, saying: ‘Stay away from me.’

Speaking out: Cindy and George Anthony, Casey Anthony’s person, are interviewed by Chris Hansen, of Crime Watch Daily, about their granddaughter Caylee’s death 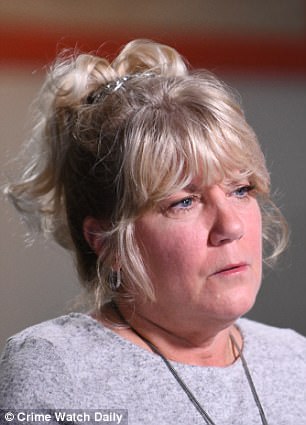 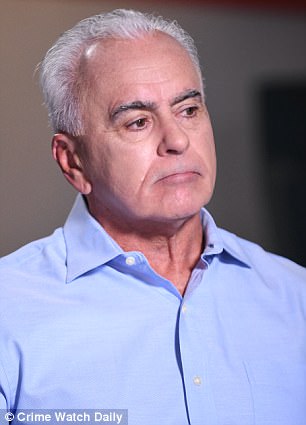 New theory: Cindy (left) says she believe daughter Casey is ‘mentally ill’ and prone to seizures. George (right) claims her lawyer wanted him to take the blame for Caylee’s death 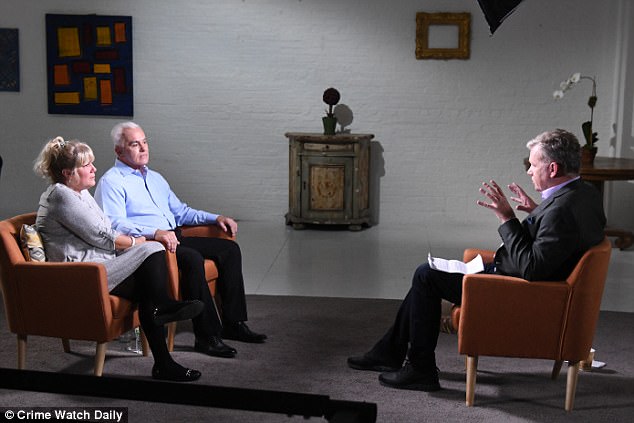 In the hot seat: Chris Hansen, of Crime Watch Daily (right), is seen interviewing the Anthony couple on the show

The two-year-old was reported missing in July 2008, and her skeletal remains were discovered in a wooded area near the Anthony family’s home in Florida that December.

Casey has staunchly maintained she has no idea how the toddler died, telling the Associated Press earlier this year that she does not ‘give a s***’ what people think of her and that she ‘sleeps pretty good at night.’

Eight months after that interview, Cindy and George Anthony are breaking their silence and offering their own theory of what might have happened to their granddaughter.

‘I think Casey is mentally ill, I really do,’ mom Cindy tells Crime Watch Daily’s Chris Hansen. ‘She never had her seizures worked out.’

Mrs Anthony floated the idea that Casey could not recall what happened to her young daughter because she blacked out during a seizure. 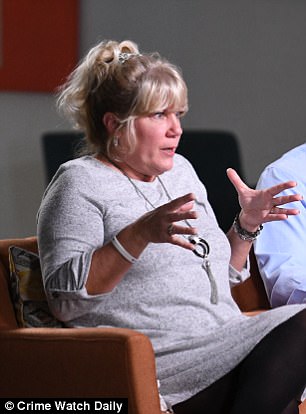 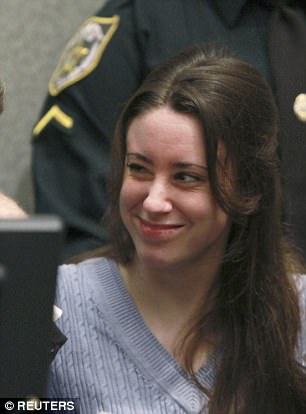 Cindy floated the idea that Casey could not recall what happened to her young daughter because she blacked out during a seizure. Pictured right: Casey in court in July 2011 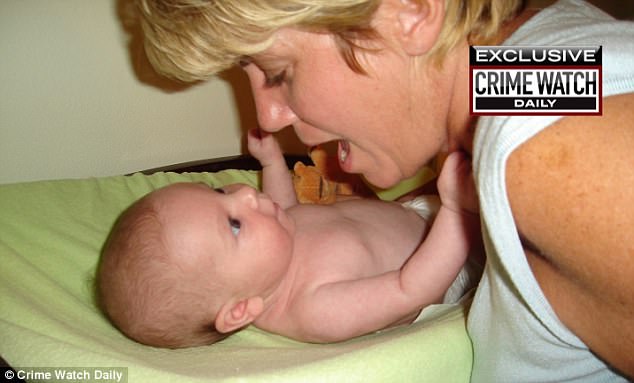 The beginning: Cindy Anthony is pictured with granddaughter Caylee as a newborn baby 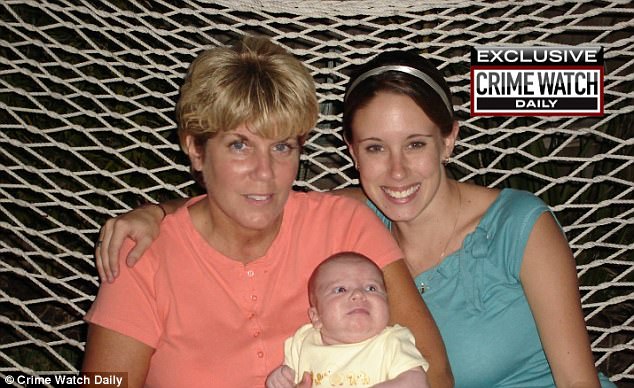 Happy family: Cindy, Casey and baby Caylee appear the very picture of a happy family in this snapshot takne long before the girl’s mysterious death 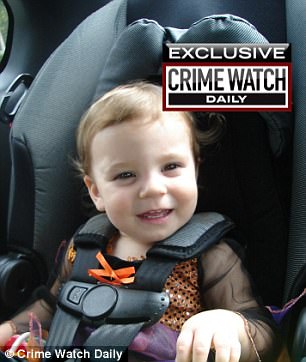 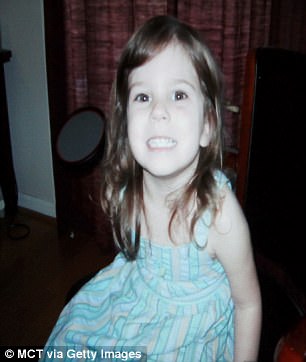 Innocnent: Two-year-old Caylee Anthony (pictured left and right) was reported missing in July 2008, and her skeletal remains were discovered in the woods that December

Her husband George, a former police officer, says in the interview that during his daughter’s trial, her defense team was urging him to take the blame for Caylee’s death.

‘You need to fall on the sword for your daughter,’ George claims he was told at the time by Casey’s lawyer.

When asked to address the possibility of Casey having another child someday, her father appears taken aback by that thought, citing her notoriety and the nature of the crime of which she had been accused.

‘I don’t know where she would have another child…it wouldn’t be anywhere in these United State of America. Who knows? Maybe some other country would accept her,’ he quips.

But his wife seems less convinced, pointing out that Casey has ‘had boyfriends since she’s gotten out.’

An emotional George Anthony also opens up in the new interview about his failed suicide attempt, which he says was prompted by his desire to be with his beloved granddaughter, and his feelings of guilt.

‘I didn’t feel I did enough to go find her,’ he explains. 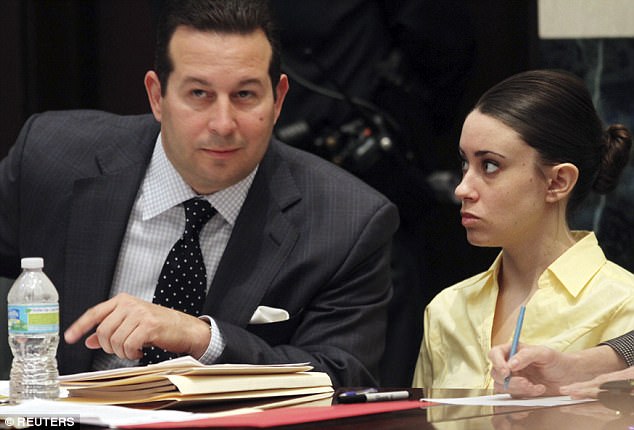 Pariah: Casey, pictured with her lead attorney Jose Baez, became known as the most hated mother in America during her high-profile trial in 2011 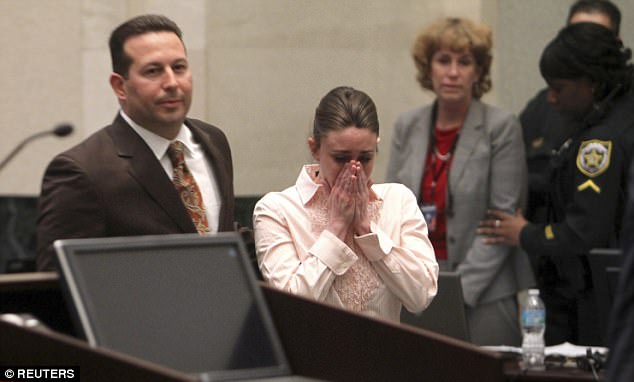 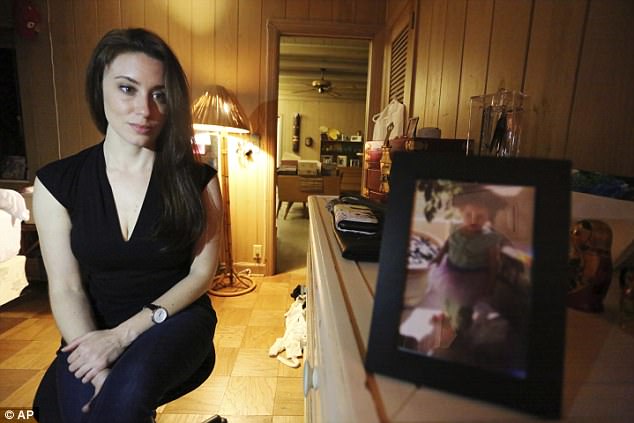 Speaking to the Associated Press in March, Casey maintained she still has no idea how her toddler Caylee died

Caylee’s grandfather also says that to this day, he hears and sees the toddler in their home.

‘I’ve seen Caylee on a couple of occasions…I’ve seen her in the flesh…One time, she woke me up in the morning just tapping on [my head] with her little finger like she used to,’ he says.

George attributes those experiences to what he describes as a ‘strong spirit’ in their home.

The Anthonys have been estranged from Casey since the trial, during which her lead defense attorney Jose Baez suggested that George helped cover up his granddaughter’s drowning death and sexually abused Casey.

Six years later, George Anthony has not forgiven his daughter.

‘Stay away. Stay away from me,’ he said when asked if he had a message for Casey. ‘If she wants a relationship again with her mom, she’s got a lot of explaining to do, but I don’t want to hear it no more. I don’t want to see her.’

Meanwhile, Cindy urged the 30-year-old to be true to herself.

‘Start being honest with yourself, and own everything, and quit putting blame on everybody else,’ she said, addressing Casey.

THE DEATH OF CAYLEE ANTHONY AND THE CASE AGAINST HER MOM 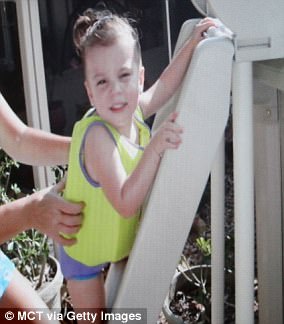 Caylee was supposedly last seen on June 16, 2008; she was first reported missing by Casey Anthony’s mother on July 15.

A day later, Casey Anthony was arrested on charges of child neglect. She told police that Caylee had disappeared with a babysitter.

A utility worker working in a wooded area near the Anthony home on December 11 found skeletal remains which were later determined to be Caylee’s.

Experts would testify that air samples indicated that decaying human remains had been present in Casey Anthony’s trunk.

In the end, prosecutors proved Casey Anthony was a liar, but convinced the jury of little else.

The government failed to establish how Caylee died, and they couldn’t find her mother’s DNA on the duct tape they said was used to suffocate her.

After a six week trial, the jury took less than 11 hours to find Anthony not guilty of first-degree murder, aggravated manslaughter and aggravated child abuse.

Still, the Florida Department of Children and Families concluded that Anthony was responsible for her daughter’s death because her ‘actions or the lack of actions… ultimately resulted or contributed in the death of the child’.

And last month former Circuit Judge Belvin Perry Jr, who presided at the trial, theorized that Anthony may have killed Caylee accidentally when she was using chloroform to calm her.

She was convicted of four counts of lying to police (though two counts were later dropped), and served about three years in prison while awaiting trial. A thousand people were there to see her released. 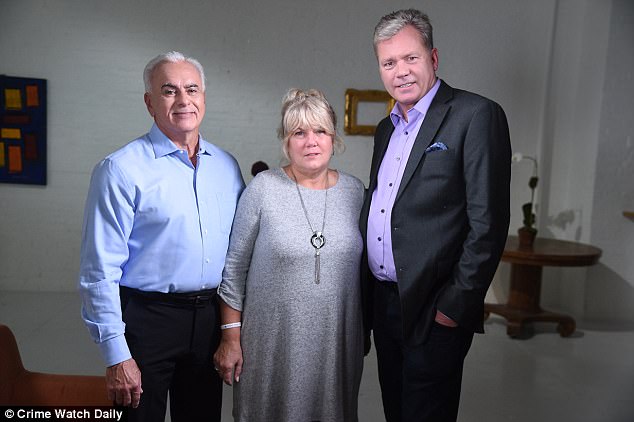 The Anthonys have been estranged from Casey since the trial, and George says he wants her to stay away from them. Pictured (L to R): George, Cindy and Chris Hansen