Casey Anthony’s father George is seen for the first time returning from hospital to his Orlando, Florida home almost a month after suffering serious spinal injuries from a near-fatal crash.

The pain on 67-year-old George’s face was clear as he shuffled up the driveway to his house, his head encircled in a halo brace, with the help of a medical assistant and using a walker.

The halo brace is used to keep the bones in his neck from moving, while pins screwed into his forehead keep it in place.

George was greeted inside by wife Cindy, 60, who has set up a GoFundMe page to raise $100,000 for his medical expenses.

On November 24, Anthony was driving Cindy’s green 1999 Toyota 4Runner west on Interstate 4 in Daytona Beach, Florida when it went into the right shoulder.

According to the Florida Highway Patrol accident report, Anthony then swerved left to get back onto the road but lost control and his car rolled over three times across three lanes of highway.

George Anthony (right), 67, arrives at his Orlando, Florida home with his head in a halo brace after suffering spinal injuries from a November 24 car accident 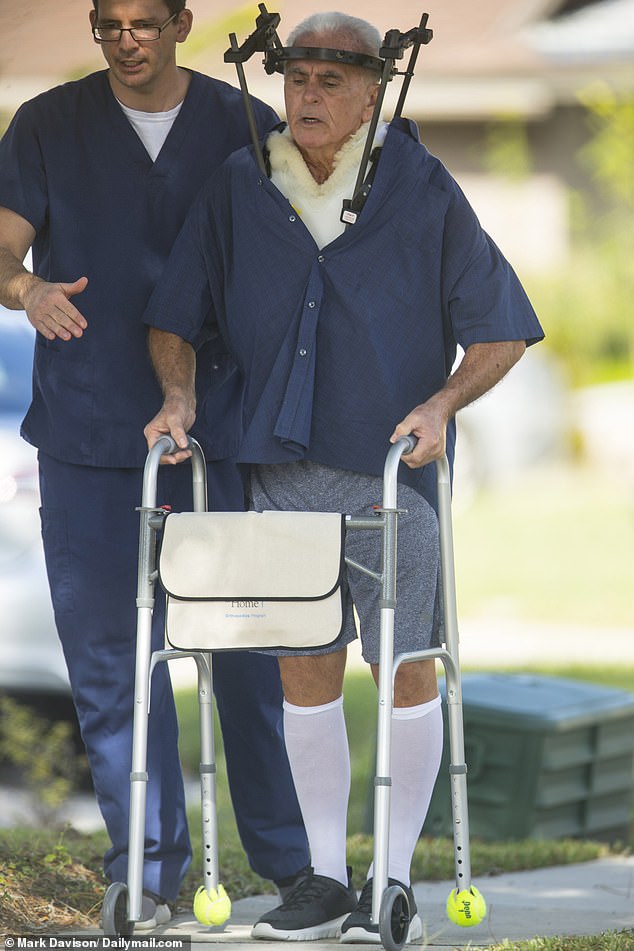 George Anthony (right) needed a medical assistant and a metal walker when he arrived at his Orlando, Florida home on December 24 following a car crash 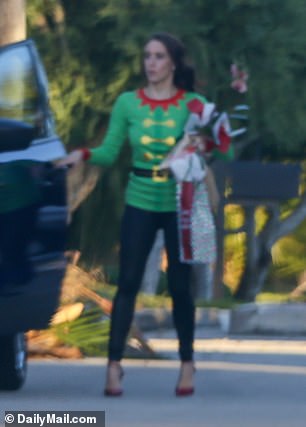 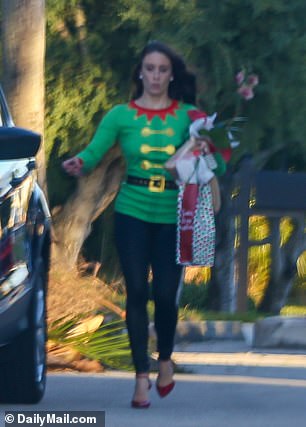 Casey Anthony, 32, has not visited her father and instead spent Christmas partying at her home in West Palm Beach, Florida. She is seen here dressed in an elf costume

Anthony was airlifted to Halifax Health Medical Center in Daytona Beach, 50 miles north of their home.

Cindy put the blame for the accident on the car, claiming one of its wheels came off.

On her twitter page, she told followers: ‘Well, has anyone been hurt by their Toyota 4runner wheel coming off??

‘The left rear axle broke on ours nearly killing and leaving my husband seriously injured. I bought the vehicle brand new, low miles and well maintained. No recalls on this type of issue.

Anthony suffered spinal injuries when his Toyota 4Runner rolled over three times across three lanes of highway in Daytona Beach, Florida on November 24 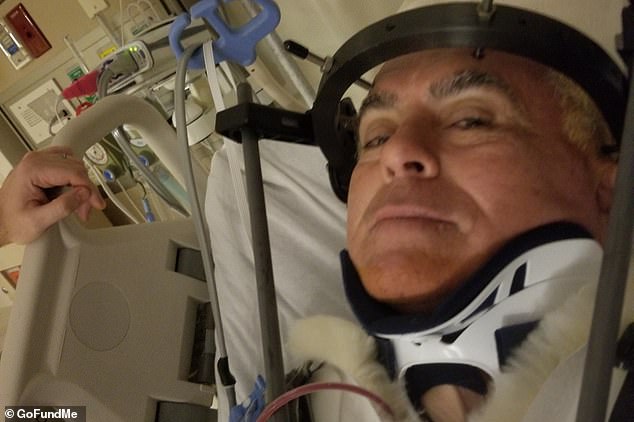 ‘I loved my 4runner but I love my husband more!!!. Dont (sic) want anyone else to be injured. Thank God no one was in his path when the car flipped 3 times across 3 lanes of busy interstate Thanksgiving weekend.

‘Everyone check you (sic) auto coverage. Unless you take out special insurance coverage as a driver in a single car accident if you are injured you are not covered under your pip [Personal Injury Protection]. Florida no fault only pays $10,000. Very deceptive how they make you feel protected.’ 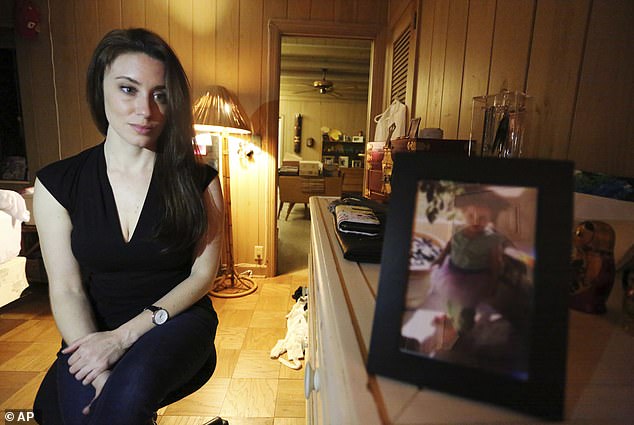 Casey Anthony, 32, at her West Palm Beach home looks towards a photo of her daughter Caylee. Anthony was acquitted of the two-year-old’s murder in 2011 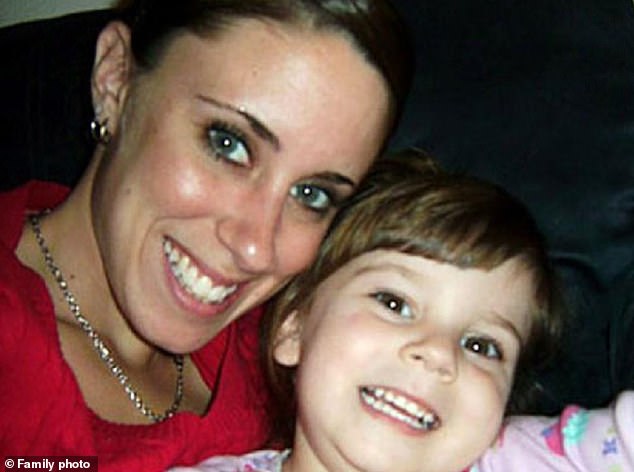 Casey Anthony, 32 (pictured with her late daughter Caylee) was branded the most-hated mom in America during the six-week trial for Caylee’s murder

The accident report gave a different theory for the car losing control, stating Anthony had a medical issue that may have caused him to drive off the road. It did not detail what the medical issue was.

Cindy’s GoFundMe Page, which shows a photo of her husband in hospital, has currently raised $660. 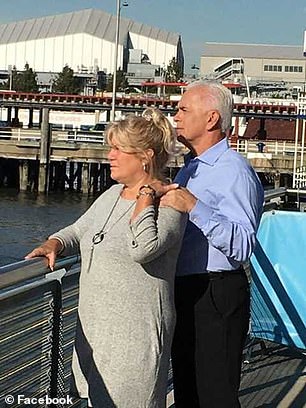 Cindy and George Anthony are now estranged from their daughter Casey

It states: ‘On George’s way back from a car show in Daytona, 11-24-18, the left rear axle broke on his 1999 Toyota 4runner, causing him to roll his car several times. George suffered serious injuries, including to his spinal cord. He will have a long recovery ahead.’

The medical expenses the Anthonys face could not have come at a worst time as the couple face eviction from their $200,000 home.

US Bank National Association filed a case against the couple in May, claiming in court documents filed in Florida’s Ninth Circuit Court they never made a single payment on a 2010 loan against the property for $121,160.

Anthony, 32, was branded the most-hated mom in America during the six-week trial for Caylee’s murder. She was found not guilty.

The defense also claimed that it was George, a former police detective, who was responsible for Caylee’s death, arguing that he hid the body after she drowned in his pool.

That was enough to set Casey free, but her father was never tried, charged or convicted of a crime in the case.

Unsurprisingly Casey, has not been one of the well-wishers to visit George since he returned home on Christmas Eve.

Casey was seen 180 miles south, dressed as an elf as she left the West Palm Beach home she shares with private investigator friend Pat McKenna who worked on her defence case.

Carrying a vase containing an orchid, Casey is believed to have gone to a Christmas Eve party with pals including West Palm Beach bartender Antony Karagiannis, 38, whom she has been dating since October.

DailyMail.com last week revealed Casey is considering starring in a reality show called ‘Casey Moving Forward’ which may feature her relationship with Karagiannis.

And she believes the show would work after comparing herself with the Kardashian family who ‘made it big with so much hate.’ 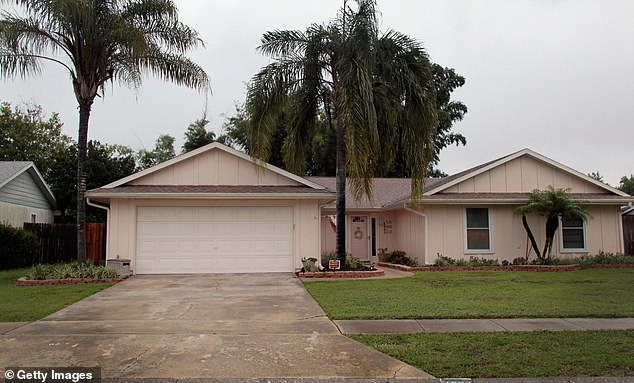 George and Cindy Anthony face being evicted from this $200,000 home in Orlando, Florida

She told friends on a private twitter account seen by DailyMail.com she has until February to make a decision.

Anthony posted, ‘I am degraded no matter what I do..may as well live up to the names everyone has for me. I am more than positive it would be a hit, ‘Casey moving forward’…

She added, ‘A reality show would be awesome right now.. I was approached about it, Still thinking…I have until February 2019 to decide. What do you think?’

Her friends have urged her online to go ahead with the project, with one telling her ‘For sure it’d be a hit. People who show hate will watch as well as the rest.’

Anthony replied, ‘The very ones that say they wouldn’t watch my parents interviews are the very ones that talk about their every move in the interview. I can handle bad attention, and I know..the privacy thing still has me thinking.

But she added, ‘My life is pretty weird, never a dull moment!’

The show is also expected to feature the rift she has with her parents.

Anthony blasted George and Cindy on her twitter page for giving an interview to ‘The Dr Oz Show’ in October.

George told the show his daughter ‘doesn’t need to exist anymore as far as I’m concerned.’

On December 4 Anthony tweeted, ‘Seems everyone wants to make money off of my case..lol My parents…..I’m the only one not wanting $’

Anthony said, ‘I am content in my life..I am not my family, I will not use my daughters untimely death to make $. People want me to get a job then they boycott potential employers if they hire me..how hypocritical can one be? I pray for my miserable enemies, as they need it more than I.’