The widow of radio personality Casey Kasem was allegedly attacked by her business manager who became enraged because she was giving money to her daughter.

The incident involving Jean Kasem, 65, and her business manager John Gressy occurred at her Los Angeles home at 10am last Friday.

The outlet reported that Gressy threw dishes and a vase at Jean. She was allegedly hit at least once and was taken to hospital for treatment to minor injuries. 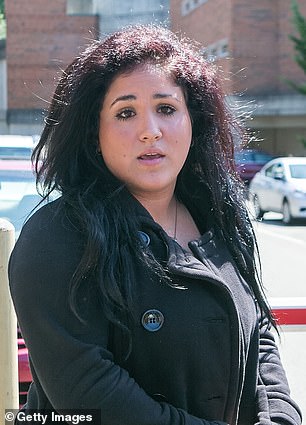 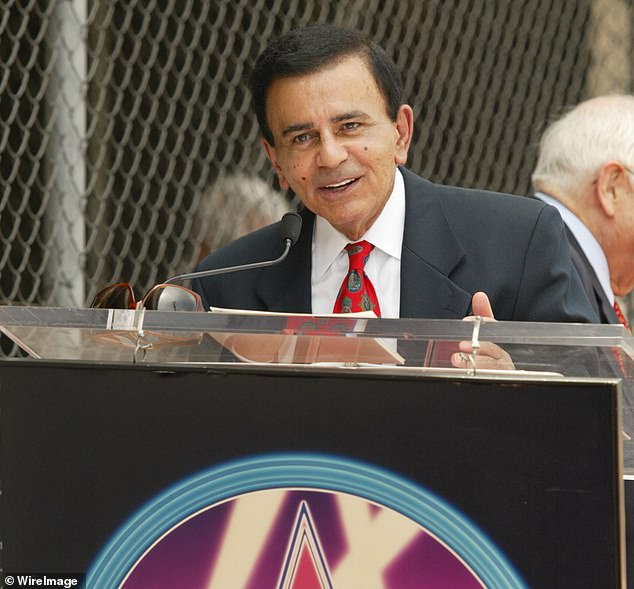 Casey Kasem (pictured) had a form of dementia and died aged 82 at a hospital in Gig Harbor, southwest of Seattle, in June 2014

It was reported that he threatened to kill Jean, her attorney and Liberty, who was present at the time of the incident and called 911.

Police later arrived and arrested Gressy and he faces charges for felony criminal threats. He had reportedly locked himself in a room before police arrived.

The case has yet to be referred to to the L.A. County District Attorney. In an update on Tuesday afternoon, TMZ reported that Jean filed for a temporary restraining order against Gressy.

Jean Kasem, who appeared on ‘Cheers,’  has been engaged in years of legal wrangling with her three stepchildren following Casey’s death aged 82 in June 2014.

In November last year, police said they found no evidence of wrongdoing after investigating allegations that Casey Kasem’s children were responsible for his 2014 death.

The longtime “American Top 40” host had a form of dementia and a severe bedsore when died at age 82 at a hospital in Gig Harbor, southwest of Seattle.

Gig Harbor police opened their investigation in October 2018 after Jean Kasem, submitted a private investigator’s report claiming three of Casey Kasem’s children from a previous marriage were responsible for the radio host’s death.

They also found that Casey received appropriate care and that any medical decisions were made by family authorized to act on his behalf, Busey said. 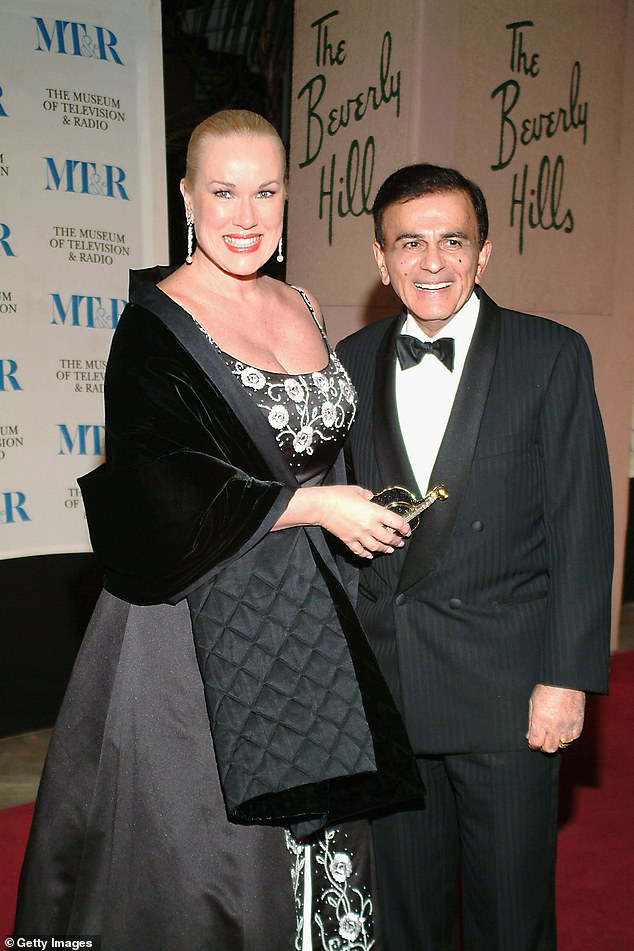 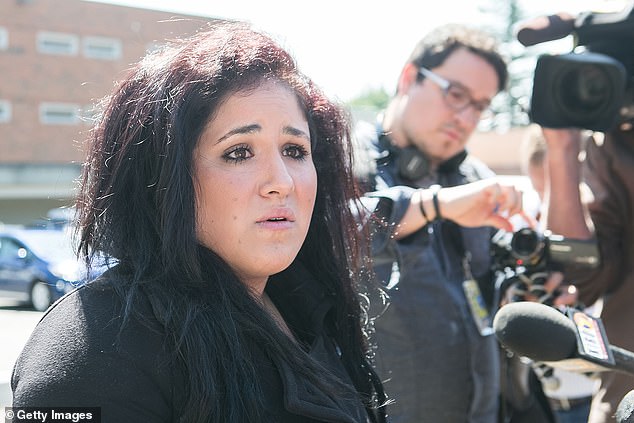 Jean’s business manager Kasey allegedly became furious because she was giving money to Liberty, 29 (pictured) – her daughter with Casey, according to TMZ

There was also no evidence of collusion between the family members and doctors ‘that would construe any part of this incident to be considered a homicide,’ the department said in a statement.

Kasem’s two daughters told KOMO they feel vindicated by the police findings at the time of the announcement.

‘We’re very grateful to the police department for conducting this investigation and concluding there is no evidence to support Jean’s wildly ridiculous claims,’  Julie Kasem told the TV station.

It was the latest development in years of legal wrangling between Jean Kasem and her three stepchildren.

The groups fought over visitation access to Casey Kasem before his death, with his daughter Kerri Kasem assuming control of his medical care.

Kasem was married to the announcer for more than 30 years but was stripped of control over his medical care in the final days of his life. 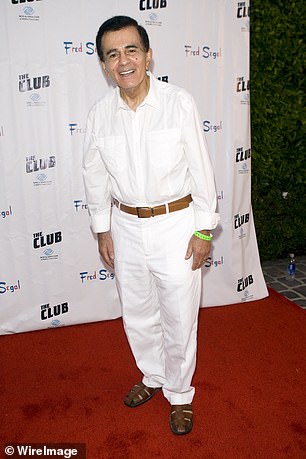 In November last year, police said they found no evidence of wrongdoing after investigating allegations that Casey Kasem’s children were responsible for his 2014 death

He died in June 2014 in Gig Harbor, where his wife had taken him after checking him out of a Los Angeles-area medical facility where he was receiving round-the-clock care.

Jean Kasem, 64, has contended her decision to move her husband to Washington state was made to protect his privacy.

However it emerged days ago that Jean Casem has filed a  wrongful death against the radio legend’s attorney, Samuel D. Ingham III.

The new suit, filed in Los Angeles County, alleges that ‘Ingham and Casey’s older adult children ensured that Casey starved to death in a strange hospital far from home without his wife of more than three decades and youngest daughter [Liberty Kasem] by his side.’

Kasem was best known as the host of music countdown show ‘American Top 40’ and as the voice of Shaggy in cartoon classic Scooby Doo.

But towards the end of his life, his family made headlines as they fought over his estate and final resting place – as well as accusing each side of contributing to his death.

The family feud was laid bare in an episode of 48 Hours that aired in November 2018.

At the time, she claimed Kasem’s grown children were only interested in their father’s money – and he eventually cut them off financially.