She may have won the World Cup for New Zealand, but it was her three-year-old daughter who stole the show at a post-game interview.

Silver Fern veteran Casey Kopua was holding her daughter Maia after New Zealand beat Australia 52-51, in the Netball World Cup final on Monday when she licked her neck.

Kopua, who was awarded player of the match, was being interviewed on Sky Sports when her daughter leaned in and started licking the sweat off her mum’s shoulder and chest.

The interviewer asked to the toddler: ‘Maia, do you like the taste of the sweat?’

The girl didn’t answer and continued licking her mum.

The interviewer promoted Maia to cheer for her mother for becoming the best in the World.

This time the girl didn’t disappoint.

She raised an arm and waived impressively to celebrate the victory.

The moment has been much appreciated by social media users.

‘Congratulations to New Zealand on winning the Netball World Cup but Casey Kopua’s kid licking her made my day,’ said a second person.

‘Crying with laughter at Casey Kopua’s daughter licking sweat off her mum. So glad my kid isn’t the only one who does that,’ wrote another person. 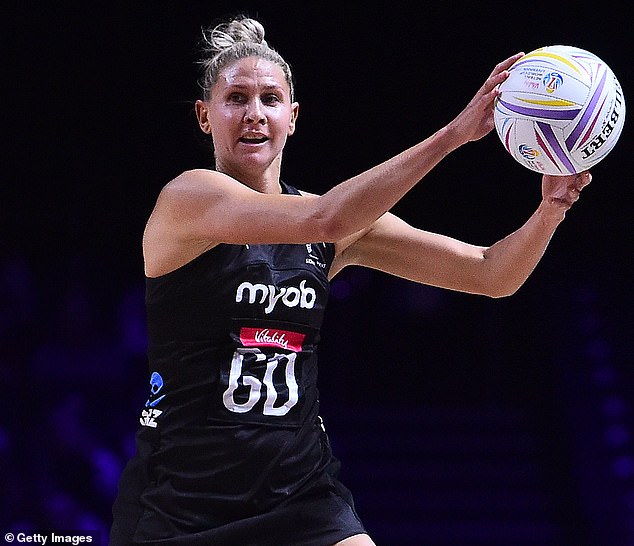 Kopua was awarded player of the match after New Zealand defeated Australia 52-51, in the Netball World Cup final on Monday