A police force is taking unprecedented legal action in an attempt to stop a controversial policy that says all new recruits must have a degree.

Cash-strapped Lincolnshire Police said the degree rule would lead to a drop in the number of officers on front-line duties – because they would be in the classroom.

It is now launching a £10,000 legal challenge. Under the scheme set by the College of Policing, from next year trainee constables will have to have a degree-level qualification by the time they complete their probation or they will not qualify.

The changes are designed to increase professionalism amid concerns officers are not equipped to deal with the increasing number of complex offences, such as online fraud, cyber crime and child exploitation.

But critics argue skills are better learnt on the job.

Lincolnshire Chief Constable Bill Skelly is seeking a judicial review as he claims the changes would mean there could be 40 fewer officers on the beat – roughly a 10 per cent cut.

He said study time would be significantly increased compared to the current recruitment programme and there would be a higher drop-out rate.

Mr Skelly insisted: ‘The college has pushed forward, ignoring the growing evidence that demonstrates the impracticality of their proposals for Lincolnshire.’ He wants a delay to 2023 to see how the training impacts other forces across the country.

He added: ‘In the meantime we are developing an enhanced initial training package that meets the requirements of the modern police officer without creating an unaffordable impact on the police in Lincolnshire.

‘The college is requiring that every new police officer should be a degree holder and have undertaken years of initial training.

‘At present, special constables have the same police powers as our regular officers but do so after a limited period of training and a lower required level of educational qualifications. I see this as unsustainable after the introduction of Police Education Qualifications Framework.’ 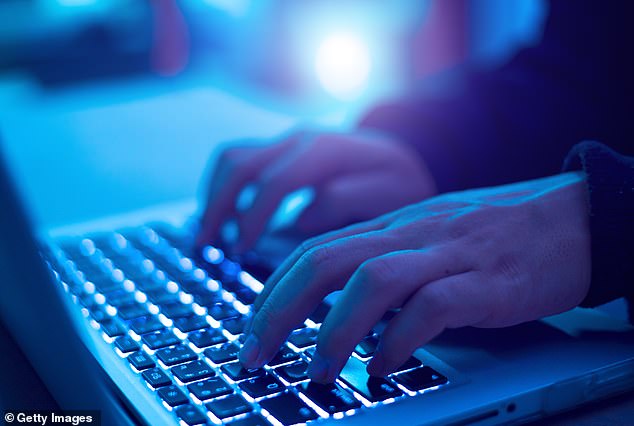 The changes are designed to increase professionalism amid concerns officers are not equipped to deal with the increasing number of complex offences, such as online fraud, cyber crime and child exploitation (stock image)

The force described it as an ‘exceptional legal move’. The Chief Constable said the new regime was being ‘imposed’ despite reservations. Lincolnshire predicts by 2024 it would be spending £1.15million a year on the training.

The current training scheme is coming to an end, leaving only the PEQF as an option for new recruits.

Officers are already undergoing the updated training at forces including Nottinghamshire, Derbyshire, Leicestershire, Northamptonshire and the West Midlands. It features digital policing and also focuses on vulnerability, mental health, stop and search and domestic abuse.

The legal case is being supported by Lincolnshire’s Police and Crime Commissioner Marc Jones who is funding the court action. Deputy Chief Constable Bernie O’Reilly, of the College of Policing, said: ‘We continue to work with Lincolnshire to enable them to join the other 30 forces across England and Wales who are introducing the new training over the next year.’