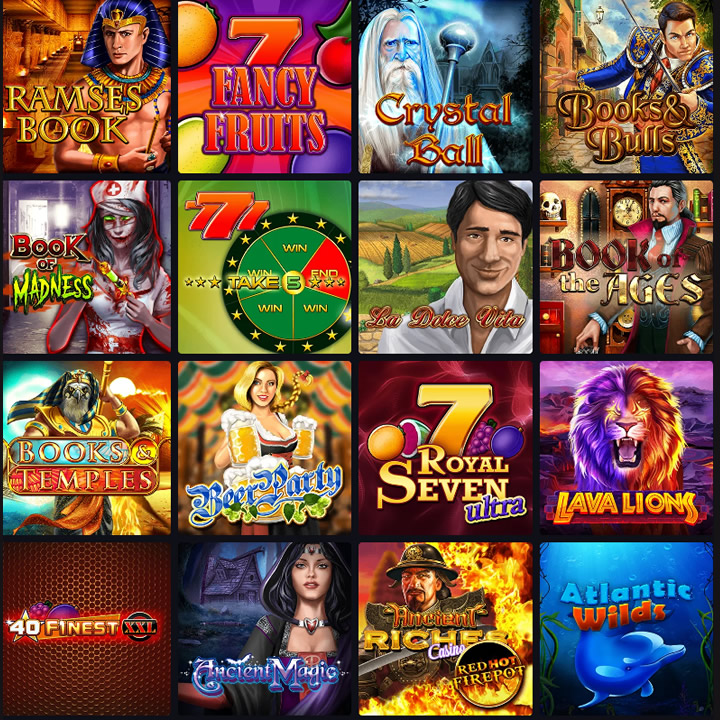 Casino gambling is becoming more and more interesting and unpredictable. Modern models allow you not only to enjoy the game but also provide a real opportunity to win.

Most of the popular computer games are leveled. At least to one degree or another. The situation with video slots is somewhat different. Each spin is usually a completed round, unrelated to any previous or future launches.

On the one hand, this is good, because even the first spin after launching the slot can bring a solid payout. On the other hand, if you play for several hours in a row, you would like to get some advantages.

Developers of software for online gambling have long begun to take steps in this direction. There are slots in online casinos, in which numerous stages are implemented. Moving to a new level can mean better conditions, additional bonuses, and other rewards.

Therefore, SlotHunter games invites you to consider the most popular games in which several levels are provided.

Castle Builder: The Castle Builder slot machine, presented by Rabcat in 2014, made a splash. During the game, customers are encouraged to collect materials to build a fortress. If a player manages to collect everything you need, then they will receive a solid reward.

But the round does not end there – then it is proposed to build a new project, where even higher payments are supposed to be made at the end. The slot was recognized as the best, and in order to appreciate its benefits, one should personally test it.

Immortal Romance: Microgaming company, the leader in the production of slots, offers to play Immortal Romance where there are multilevel free spins. The stages of the game are connected with the main characters, there are four of them.

When you start free spins, the user finds himself in the Amber hall, where 10 free spins are launched with a multiplier of X5. After the 5th prize round, the next hall called “Troy” opens. Further, after every 5 attempts, new halls will be opened. Each of them offers even more spins with the best possible conditions.

Jason’s Quest: The development of the manufacturer Genesis Gaming, which tells about the adventures of Jason, attracts with funny graphics and funny characters. Various features, including a few special symbols and bonuses, complete the gameplay.

During the game, you need to collect gems that drop out on the reels. Having collected the required amount, you can proceed to the next level. All subsequent stages become more interesting and attractive in terms of conditions, and the prizes are higher in size.

Heart of the jungle: And this online slot was released by developers from Playtech. Opening it, you will find yourself in the heart of the jungle, where animals and not people rule. Tarzan and his beloved will be your companions. When a symbol with a mask appears on three reels, you can participate in the bonus round.

Nordic heroes: The Nordic Heroes slot machine produced by IGT operates the Level Up Plus system, which makes it possible to “pump” the main character. At first, your character will be the archer Thor, and later you can appear in the form of a warrior Ragnar.

As you play, you will receive points. They can be used to unlock additional skills. They will come in handy for your hero when he fights horrible monsters in bonus games. For defeating monsters, you will be generously rewarded.

Cleopatra plus: IGT’s Cleopatra Plus model has several interesting features at once. It is associated with the accumulation of points for which various rewards are offered. Points are awarded for the Scatter symbols that appear on the screen.

Having collected the required number of points, the player can move to the next level. So he unlocks new areas of the map, where unforgettable adventures, generous bonuses, free spins, large payouts, and much more await him.

Alchymedes: An excellent game called Alchemed is offered by specialists from Yggdrasil Gaming. The video slot gives you the chance to try your luck on several levels. When you move to a new stage, you will receive a variety of prizes, as well as get the opportunity to significantly improve the general gaming conditions.

Queen of gold: In the Queen of Gold slot machine from Pragmatic Play, the level system is directly linked to the sixth reel. This column is a bonus. It shows only odds and a special joker.

Each spin uses a symbol, which is in the central position, highlighted by a special frame. The multipliers are involved in calculating the payouts for the existing combinations.

To go to the next level, you need to collect five images of Cleopatra within twenty-five spins. To do this, it must fall out in a cell surrounded by a golden circle. The joker on the sixth reel also moves to a new stage. With the transition to a higher level, additional coefficients are significantly increased, as well as other opportunities are used.

These slots are more generous, as they allow you to win more. Despite the fact that all modern slot machines have at least five reels, they bring in much more money than classic games and all thanks to such additional features. Such games are more interesting, as the creators made sure that the slot machines have a storyline.

There are even multi-level slots, which are worth launching for experienced players, because as the level rises, the complexity of the game grows, along with the winnings. You can win on slots in unusual situations. Now, to get a win, you don’t even have to collect the same symbols.

There are also more paylines, so if you select all lines at once, you can literally get your winnings every other time. You can play even without risk if the corresponding bonus falls out. Previously, this was not possible.

Experienced gamblers prefer games with a multi-level system: this makes the process of making a profit more fun. Players also pay attention to the availability of prizes and bonuses.