Castellanos has HR, 3 hits to lift Tigers over Blue…

DETROIT (AP) – Nicholas Castellanos filled in admirably as the anchor of Detroit’s lineup with Miguel Cabrera on the disabled list.

With the two-time MVP back in the batting order, Castellanos didn’t show any signs of slowing Friday night.

Castellanos homered and had three hits, Cabrera got a hit in his return and the Tigers beat the Toronto Blue Jays 5-2.

Castellanos batted .363 in 23 games while Cabrera sat with a hamstring injury, lifting his average to .339 for the season. The breakout season is making a big impact on first-year manager Ron Gardenhire.

“He reminds me a lot of (Victor) Martinez, and I’m sure that’s someone he’s learned a lot from,” Gardenhire said. “He works hard at his craft, and he’s made some changes. Nothing surprises me with him right now.”

Cabrera played in his 2,253rd major league game, but he admitted his was nervous for this one.

“I like to feel the butterflies in my stomach,” he said. “There’s nothing wrong with that. Once the game is on, everything changes.”

Cabrera was 1 for 3 with a walk in his first game since May 4. He hit the ball hard in his first plate appearance, but the grounder turned into a double play. He walked and singled in his next two times at-bat, then flew out to former teammate Curtis Granderson.

“I wanted to slow the game down and not try to do too much in my first game,” he said. “I wanted to work the count and do what I could to get on base.”

JaCoby Jones added two hits and two RBIs for the Tigers, who have won three straight and five of six.

Blaine Hardy (2-0) allowed two runs, three hits and four walks in six innings for Detroit. He struck out three to improve to 2-0 with a 2.50 ERA in three starts since replacing Jordan Zimmermann in the rotation.

Four relievers finished, with Shane Greene pitching the ninth for his 14th save.

“Jamie is going to be successful when he throws the ball over the plate,” Blue Jays manager John Gibbons said. “Right now, he’s not doing that, and he’s getting hurt in bad counts.”

Garcia has failed to get out of the fourth inning in three of his last five starts.

The Blue Jays have lost four in a row.

The Tigers took the lead in a four-run, ten-batter second. Victor Martinez and James McCann led off with singles, and Jones hit a two-run triple past center fielder Kevin Pillar’s dive. Leonys Martin followed with a run-scoring groundout to make it 3-0.

Teoscar Hernandez made it 4-1 with a triple in the sixth, and Kendrys Morales added a sacrifice fly later in the inning.

The Blue Jays had the tying run in scoring position in the seventh, but Hernandez flew out to right. Castellanos hit a one-out homer in the bottom of the inning to give the Tigers a 5-2 lead.

Toronto loaded the bases with two out in the eighth off Johnny Barbato, bringing Artie Lewicki out of the Tigers bullpen. Lewicki, normally the team’s long man, retired Devon Travis to end the inning.

Blue Jays: 3B Josh Donaldson (calf), who hasn’t played since Monday, was placed on the 10-day disabled list before the game. The Blue Jays recalled LHP Tim Mayza to replace him. “We thought he was close, but he went out there today and ran around, and it still wasn’t right,” Gibbons said. “So we decided to back off and give him some more time to rest it.”

Tigers: SP Ryan Carpenter (oblique strain) was placed on the 10-day disabled list after being injured Thursday. RHP Zac Reininger was recalled from Triple-A Toledo. … With Carpenter unavailable and a doubleheader against the Yankees on Monday, Gardenhire said Lewicki will make a spot start early next week.

The story of the Comerica Park rally goose had a happy ending Friday morning in Lansing. The goose, which was injured when it flew into a scoreboard after being chased by grounds crew members at the end of a rain delay Wednesday night, was released into a wetlands area by veterinarians from Michigan State University.

The Tigers, who have outscored their opponents 16-4 since the incident, have placed a stuffed goose on their dugout railing. 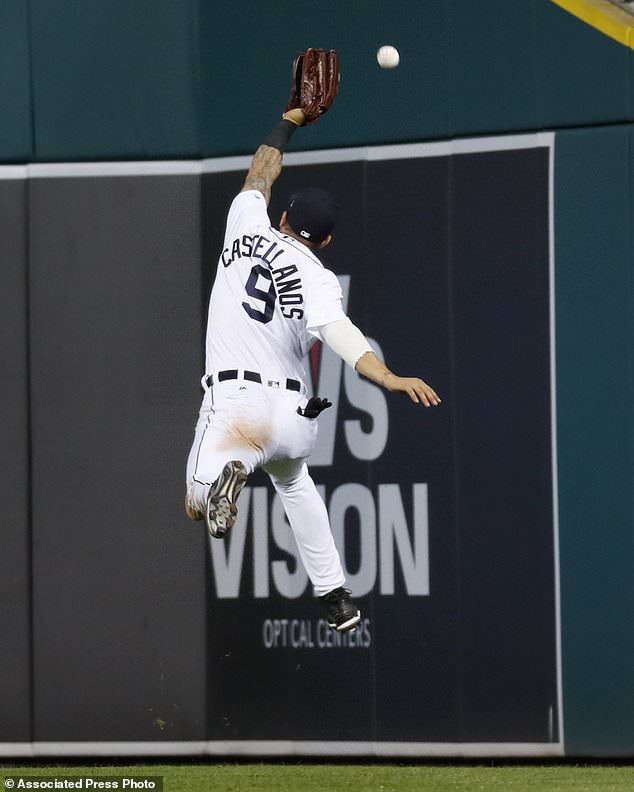 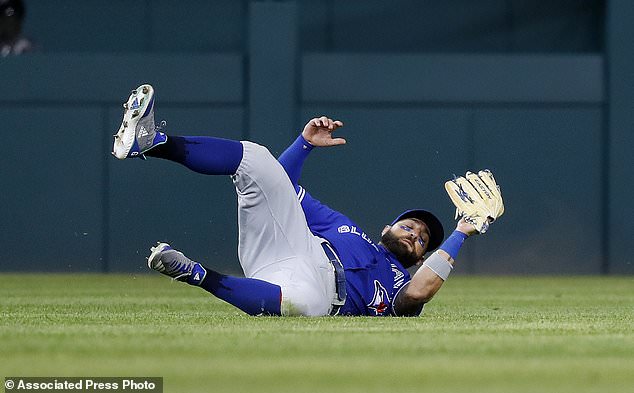 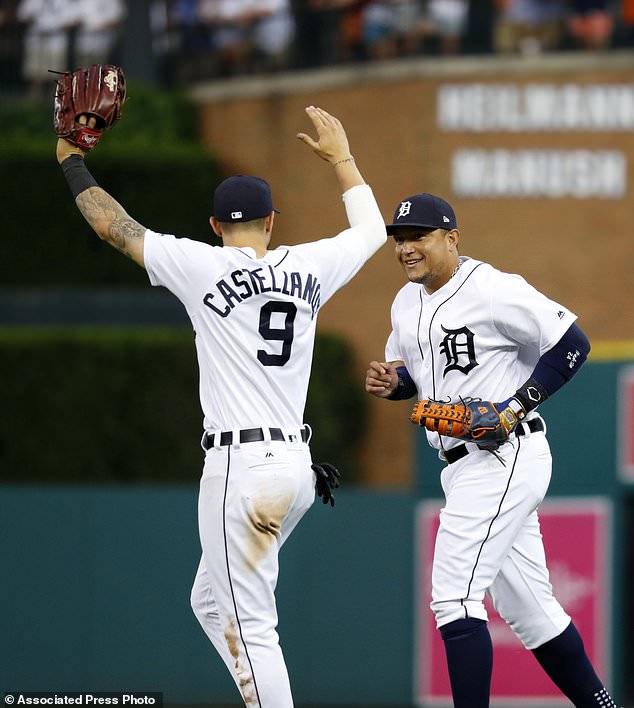 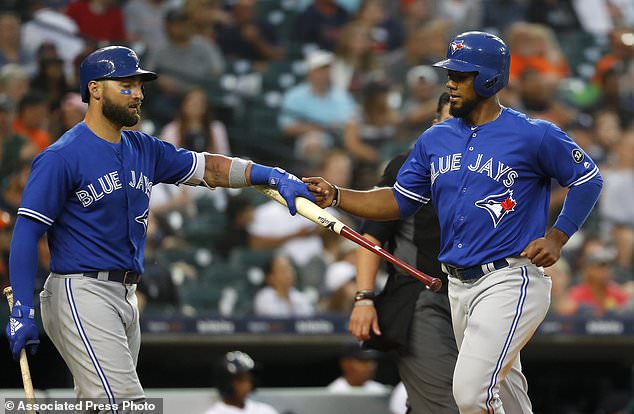 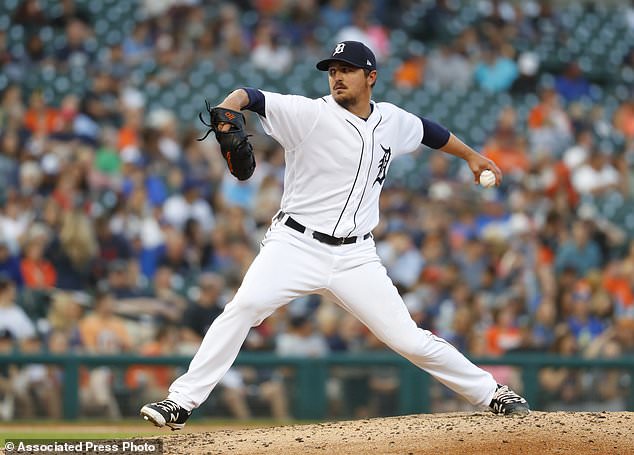 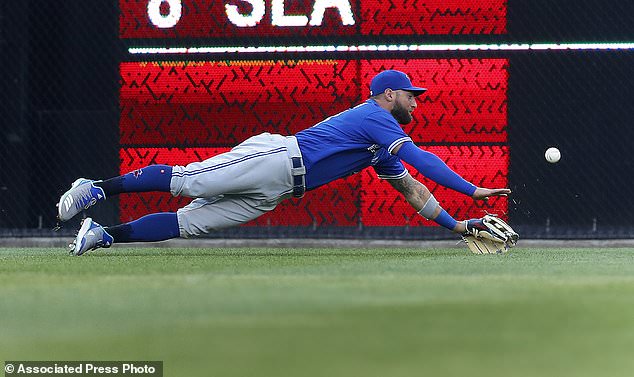