Caster Semenya’s laywers have fresh hope that World Athletics’ controversial testosterone laws will be ditched after the governing body’s scientists admitted the findings that helped trigger the rules ‘could have been misleading’.

Semenya was not able to defend her double Olympic 800m title in the Tokyo Games due to rules prohibiting athletes with differences of sexual development from competing unless they take hormone-lowering medication.

World Athletics are now facing calls to scrap the regulations after their scientists admitted some findings were ‘on a lower level of evidence’.

The 2017 findings noted a performance increase in females with high testosterone levels.

But the British Journal of Sports Medicine has now released a ‘correction’ to the findings, leading campaigners to argue the rules should be ditched.

In the new report, Stephane Bermon, director of World Athletics’ Health and Science Department, and his predecessor Pierre-Yves Garnier, wrote: ‘To be explicit, there is no confirmatory evidence for causality in the observed relationships reported. We acknowledge that our 2017 study was exploratory.’

They add: ‘With this in mind, we recognise that statements in the paper could have been misleading by implying a causal inference. 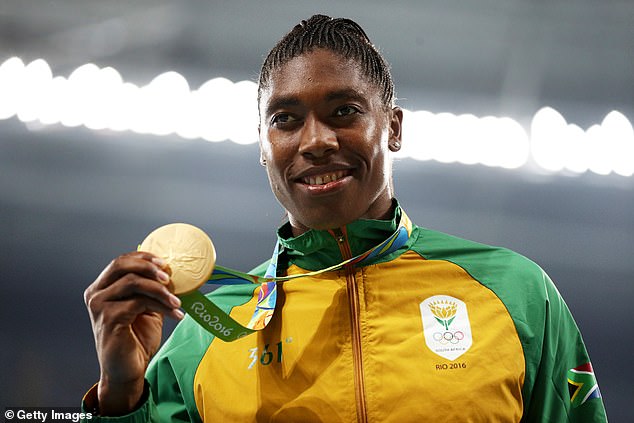 ‘This statement should be amended to: ‘High fT levels in female athletes were associated with higher athletic performance over those with low fT in 400 m, 400 m hurdles, 800 m, hammer throw, and pole vault.’

‘We are in the midst of the European Court of Human Rights case and will be discussing with our London QC and the whole legal team how to introduce the information into the proceedings.

‘World Athletics have recently given notice of their wish to intervene in the European Court of Human Rights proceedings and we would hope that they will now support setting aside the regulations.

‘It is more than surprising that World Athletics did not reveal this evidence before the recent Tokyo Olympics and allow Caster to defend her 800m title.’

Semenya spoke of her disappointment at not being able to compete in Tokyo after losing her appeal to Switzerland’s Federal Supreme Court in September last year. 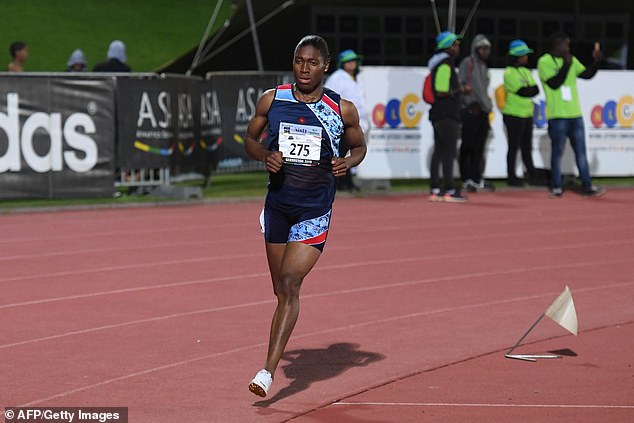 ‘I am very disappointed. I refuse to let World Athletics drug me or stop me from being who I am,’ she said.

‘Excluding female athletes or endangering our health solely because of our natural abilities puts World Athletics on the wrong side of history.’

Semenya, who was assigned the female gender at birth and was raised female, is actually believed to be intersex due a genetic condition which means she has both X and Y chromosomes, a trait usually found in men.

The vast majority of women have only X chromosomes.

The condition leads to elevated levels of testosterone – the male sex hormone, which also plays a role in increasing muscle growth.

While the exact effect of excess testosterone on an athlete’s performance is unclear, it is thought to provide an advantage in some sports.