Together fur ever! Meerkat becomes best friends with a cat after being adopted from Moscow Zoo – and the pair are now Instagram stars thanks to their adorable snaps

A cat and a meerkat struck up an unlikely friendship – and became social media stars thanks to their adorable snaps.

Owner Ekaterina Kuraeva, 45, of St Petersburg, adopted Surya the meerkat from Moscow Zoo six years ago because she didn’t feel it was getting the care it needed.

Originally from the deserts of Africa, Russia is certainly a different environment for Surya, but he made a comfortable home for himself with Ekaterina and her cat, Nice.

The animals immediately hit it off and have become firm friends in the years since. The pair have different personalities, with Nice being calm and Surya loving nothing more than playing with his furry friend.

The pair can be seen cuddling, playing and eating together on an Instagram account set up by Ekaterina, which has more than 39,400 followers.

‘It is fortunate that they have become friends and are so affectionate to each other,’ Ekaterina told BoredPanda.

Here, a few of their adorable snaps…

Best friends! A meerkat named Surya became the best of friends with and a cat named Nice after he was adopted from Moscow Zoo by owner Ekaterina Kuraeva, 45, from St Petersburgh 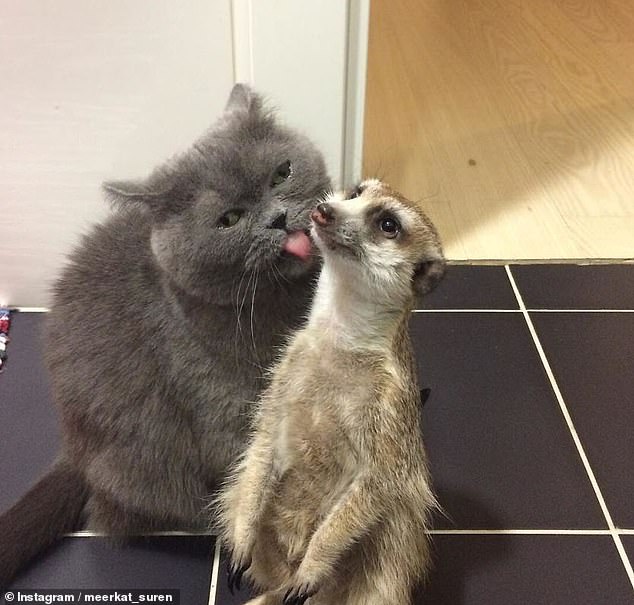 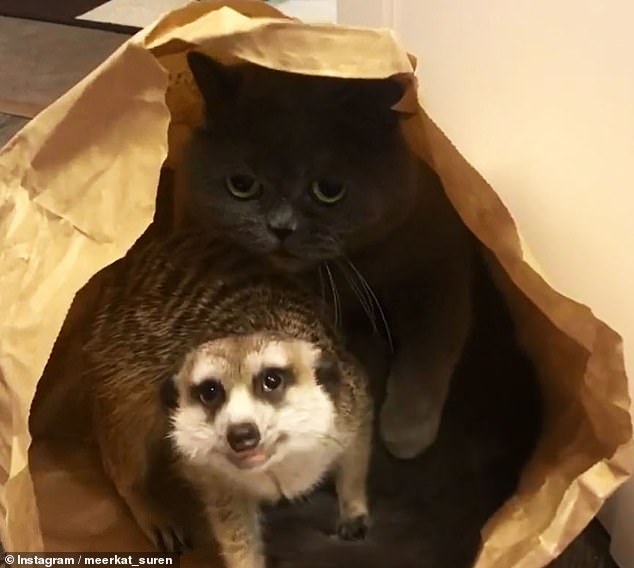 Peekaboo! Surya and Nice peek out at Ekaterina from under a paper bag at home 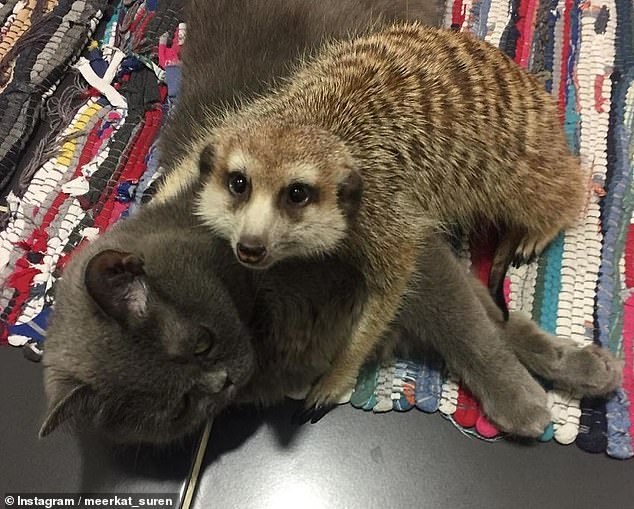 Cuddle! Nice and Surya spend every waking minute together in their St Petersburg home 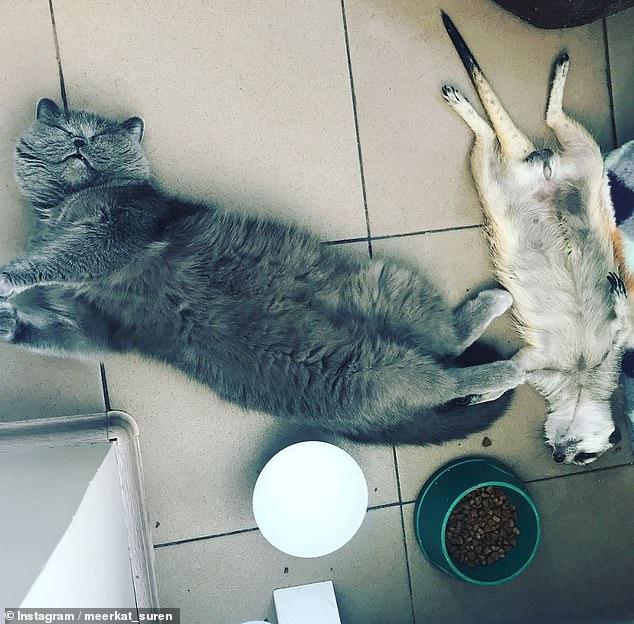 Nap time! Surya and Nice relax together on the floor of the St Petersburg home 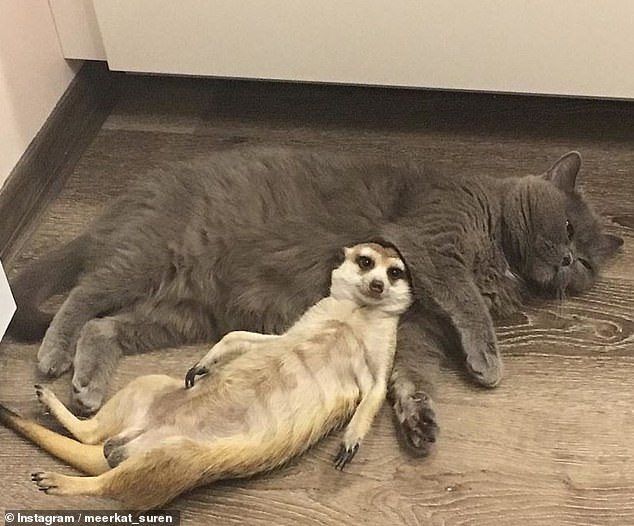 Chilling out: The dynamic duo often nap together around the house after a busy day 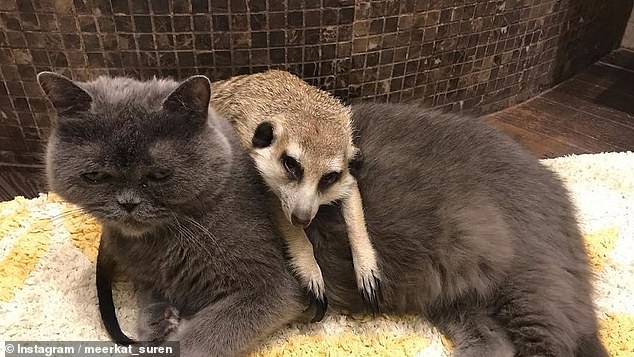 Inseparable: Even when they’re feeling sleepy (pictured) the pair stick together 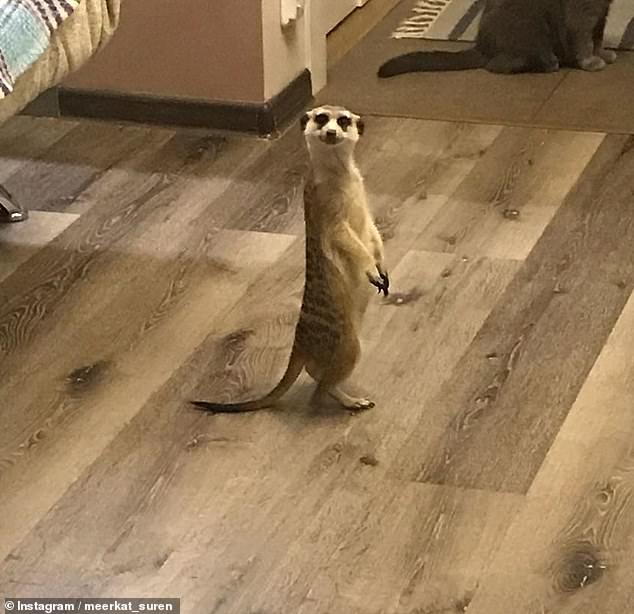 Who are you looking at? Little Surya is very sociable but adapted to life as a house pet 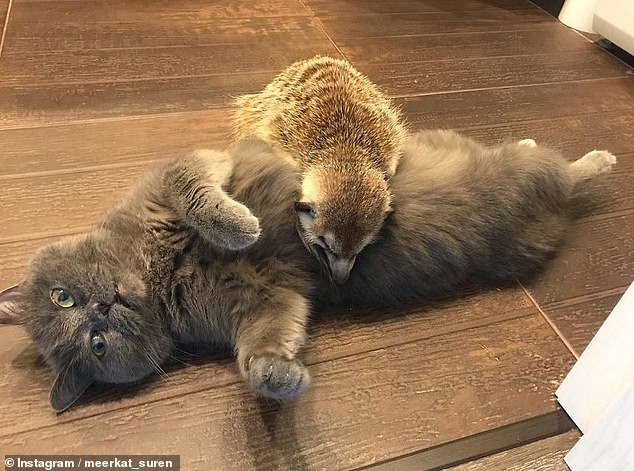 Patient: Nice lets his playful friend get close for cuddles, even though he’s more relaxed 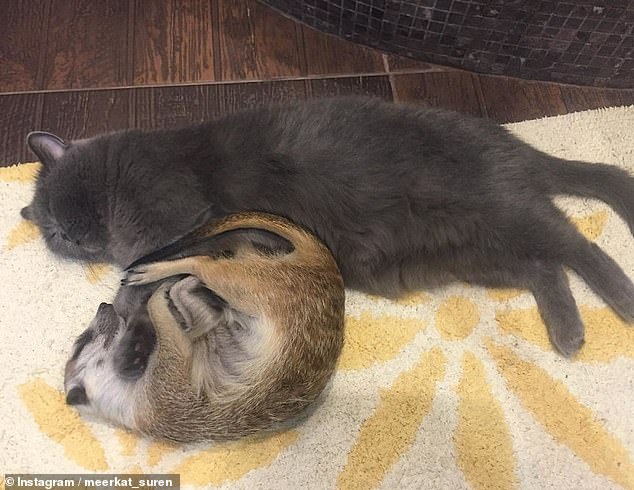 Tender: The two pets snapped in an embrace, with Surya curling into a ball and holding Nice 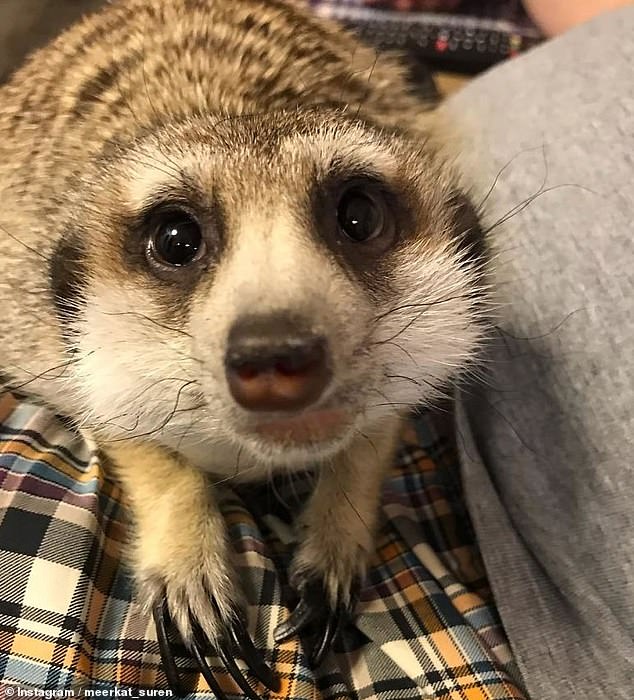 Camera ready! A closer look at Surya the meerkat, who was adopted from the Moscow Zoo 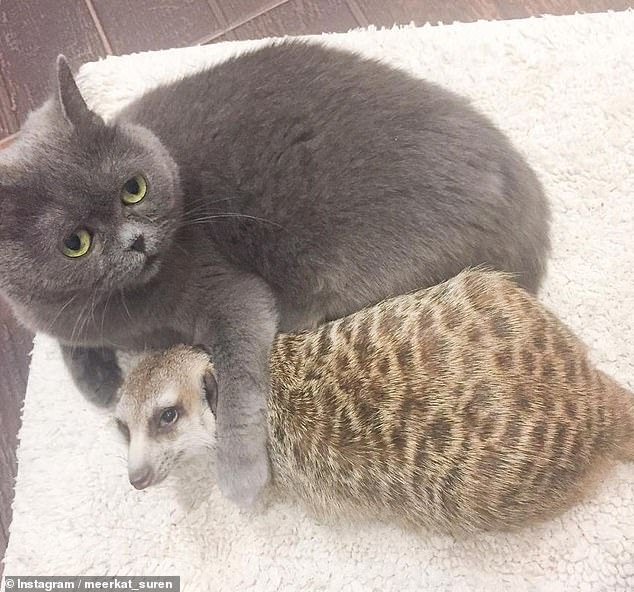 Unlikely pair! Even though their friendship might be surprising, the pair are really close 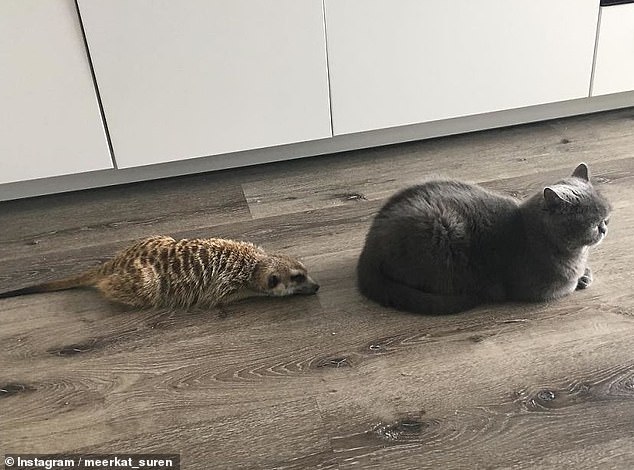 Hanging out in the kitchen: Surya joined Ekaterina’s house as a baby and loves Nice 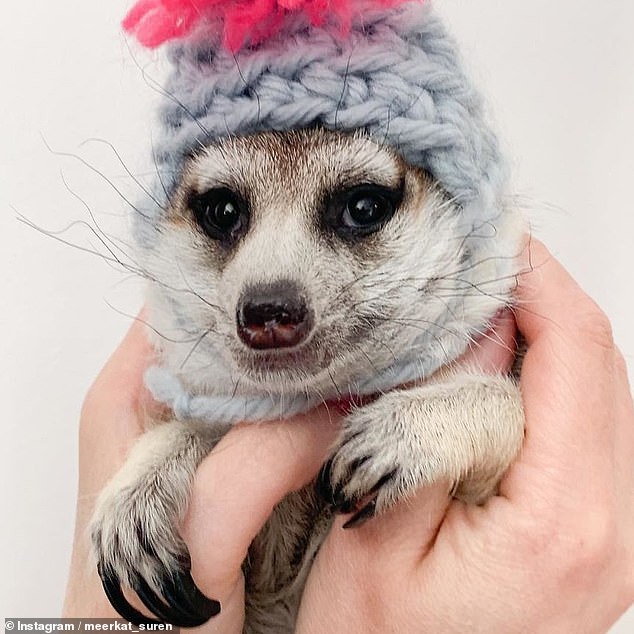 Cosy: Even though Meerkats populate Africa, Ekaterina looks after Surya in Moscow 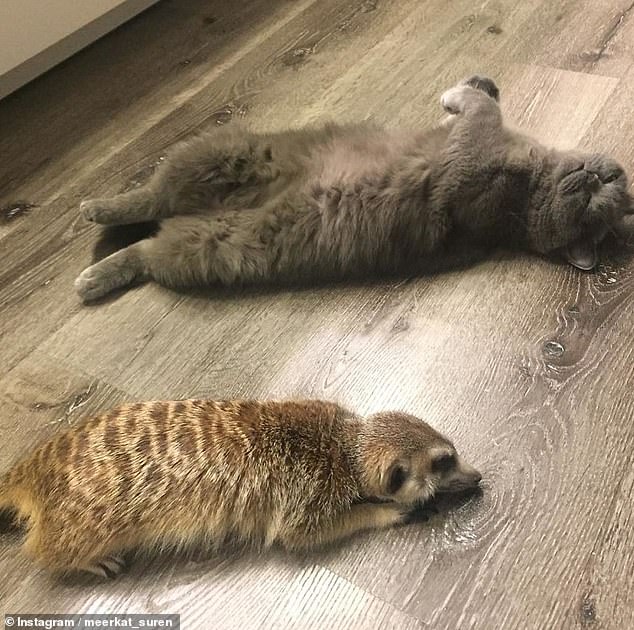 Snuggle time: It’s hard not to have a good nap when you have such a good friend with you