A man has been left horrified after he saw a cat eating food that was about to be served to residents at an aged care facility.

Ivan Rukavina was visiting his 85-year-old mother at St Basil’s Homes for the Aged in Fawkner, Victoria when he noticed a tabby cat hanging around the food in the dining room.

Mr Rukavina said he saw the cat eating the food for about 30-40 seconds before a member of staff shooed it away. 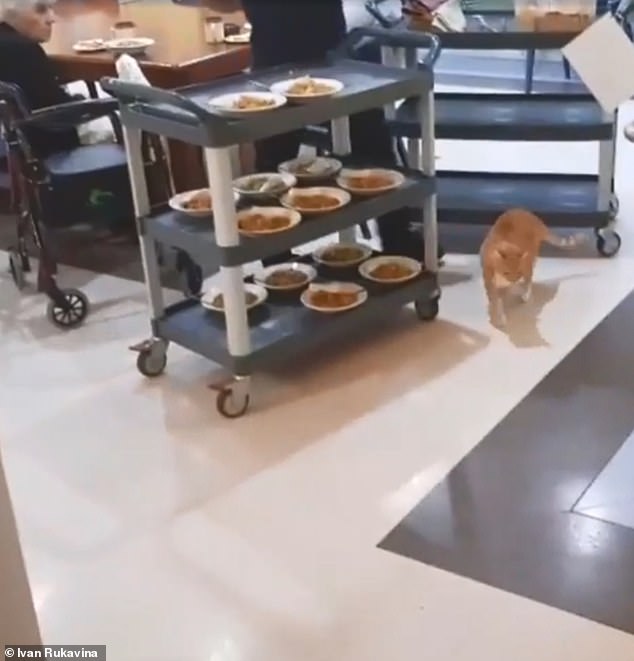 Mr Rukavina told 10Daily it wasn’t the first disappointing incident that had happened at the facility, prompting him to complain in the Royal Commission into Aged Care.

On the same day, Mr Rukavina said he arrived to see his elderly mother covered in her own faeces as brown spots were on the top of her shirt and jumper.

He also believed his mother, who suffers from dementia, had been sitting in a dirty nappy for hours that resulted in a rash.

Staff claimed to have checked in on her 15 minutes prior to Mr Rukavina seeing her mother’s dirty clothes.

‘Sometimes we’ve got to check if the stool’s dry, to see if they’re looking after her or neglecting her,’ Mr Rukavina said 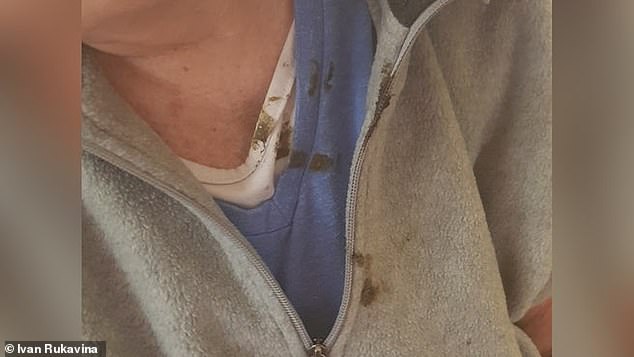 ‘When I see my mum she is always filthy and foul smelling.’

In October last year, he was shocked to find decaying teeth inside his mother’s mouth.

The next day, following a complaint by Mr Rukavina, a dentist arrived and removed six rotten teeth.

Mr Rukavina’s mother had also been riddled with an unidentified rash, which he believes may be an allergic reaction to cats.

St Basil’s Homes for the Aged’s Director of Nursing, Vicky Kos, issued a letter saying the complaints surrounding the cat and the treatment of Mr Rukavina’s mother ‘will not be tolerated’.

The letter said that food needed to be covered at all times, but Mr Rukavina said he had never seen this in the two years his mother lived there. 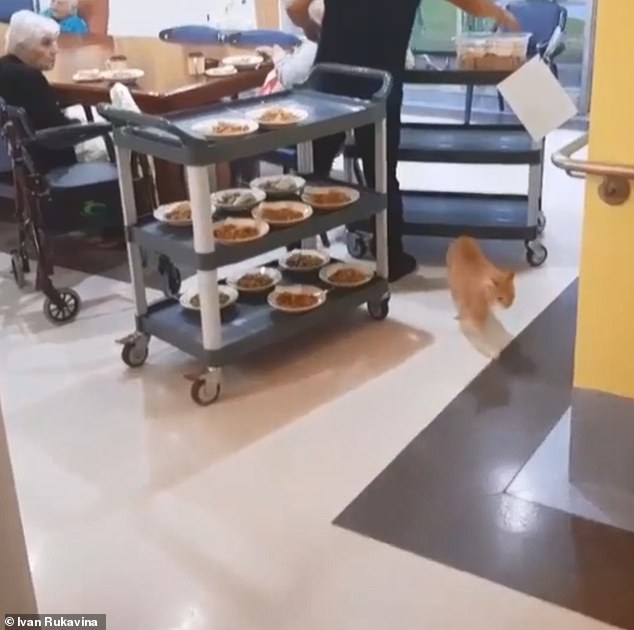 ‘It was not in the food area as suggested, but in the general dining / lounge room and staff did not follow standing procedures which require the pet to be put outside before serving any meal. All staff have been reminded to observe these procedures,’ the statement said.

The aged care home said they had reviewed the footage of the cat eating the food and had since fired three employees who were involved.

St Basil’s Homes for the Aged claimed the cat was a therapy pet.