A cat that was feared dead after running away from its owner at the Eurotunnel 11 weeks ago has been found alive and well.

Black cat Monty escaped his harness and jumped out of the boot at the busy departure area in Folkestone, Kent.

His desperate owners, who live over 200 miles away in Normandy, France, made several trips back to Britain to find their pet – even booking into hotels and sleeping in the car overnight.

Pet Monty was found in a garden in Newington after running away from its owners at the Eurotunnel in Folkestone, Kent

But after weeks of searching, Alex Rudkin, 58, and his partner Michelle Campbell, 51, received a phonecall from a woman who found Monty in her garden in nearby Newington, London.

Mr Rudkin said: ‘At times I thought we would never see him again as his only safe option was to escape over the 20 foot high security fence and head towards Newington and Peene, where we had called on every house and put up posters.

‘If he stayed in the pet excursus area where he went missing, he would constantly have to dodge cars and trucks going through 24 hours a day.

‘Food and water would have been in limited supply. We thought he could have starved to death after a week, or even died from dehydration after three days especially as it was during the hottest summer in years. 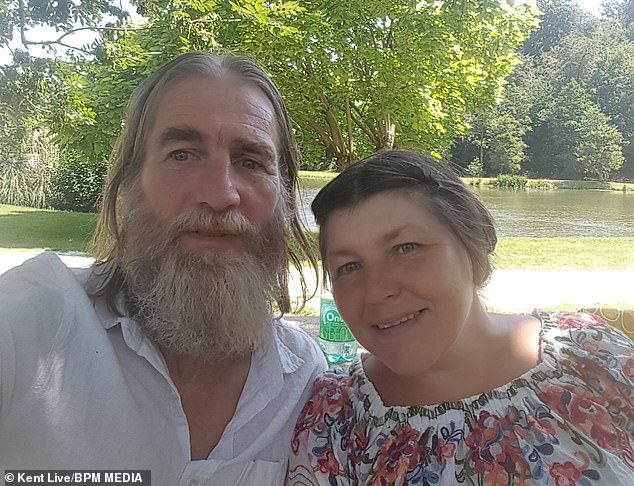 Owners Alex Rudkin, 58, and Michelle Campbell, 51, feared the worst when he didn’t turn up for 11 weeks

‘His only other route off site would be south to Folkestone but that would mean crossing rail line and motorways.’

The pair, originally from West Yorkshire, had decided to move Monty to join them for a new life in France on Friday, June 29.

But he became startled after he escaped at the Eurotunnel due to a passing lorry.

It was initially feared Monty could have been run over in the busy departure area, or had died from dehydration as temperatures soared.

Mr Rudkin said: ‘We had been stuck in the car for eight hours, and we still had a long journey home so we stopped and gave him some water.

‘A lorry went by which must have startled him. He jumped from out of the car and managed to escape his harness. 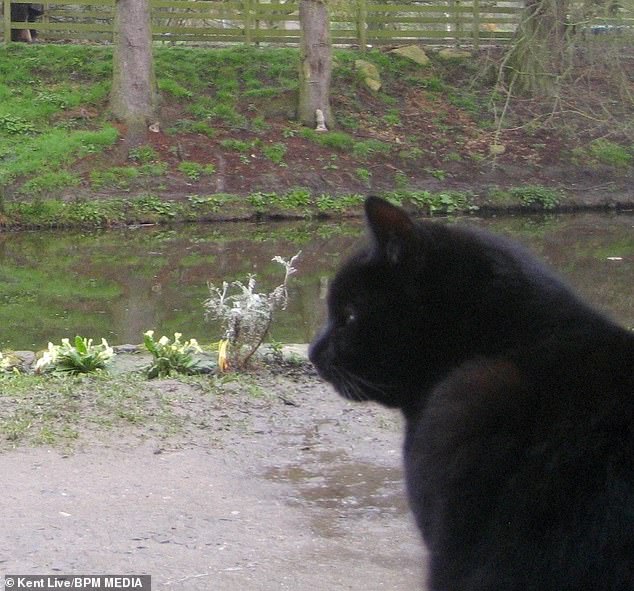 ‘We spent the next two hours looking around the Eurotunnel, but the security fences probably would not have kept him in.’

He was found on Friday, September 14, after they received a phone call from a woman who recognised Monty and said he was in her garden.

At the time, they were passing through Folkestone on their way back up to Yorkshire.

Mr Rudkin continued: ‘We will never know what actually happened but it is possible he has been in the villages for ten weeks scrounging food, possibly sneaking in and out of the same house.

‘How he has evaded being seen for all that time and then deciding to finally show himself just as we were at the nearest point to Newington is just amazing.

‘Any other time and we would have had a 250 mile journey to go and get him.’