These two cheetahs were caught on camera locked in a fierce battle in South Africa.

The two combatants were spotted biting and scratching at each other near Tshokwane, Kruger National Park, leaving both of them bleeding.

In the wake of the fight, one appeared to have suffered slightly worse injuries than the other, and was reportedly seen in the same spot for two days, licking his wounds

It is not known what sparked the fierce fight, but it is likely to have been over territory as cheetahs commonly live and hunt alone.

As the cheetahs were both male, it could also have been a fight over a female.

Fight to the death: The two cheetahs could be seen scratching and biting each other during their battle 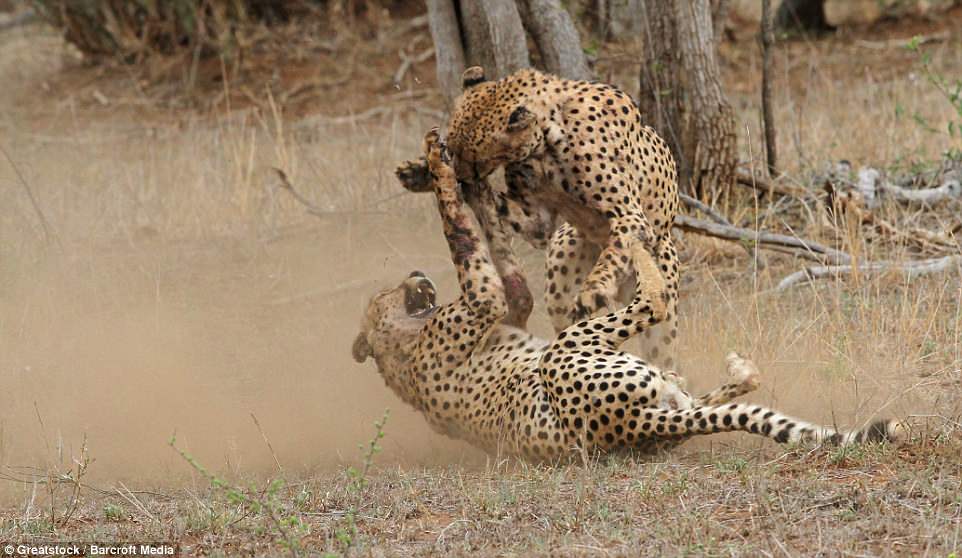 Bite me! The animals were seen locked in a fierce fight near Tshokwane, Kruger National Park, South Africa 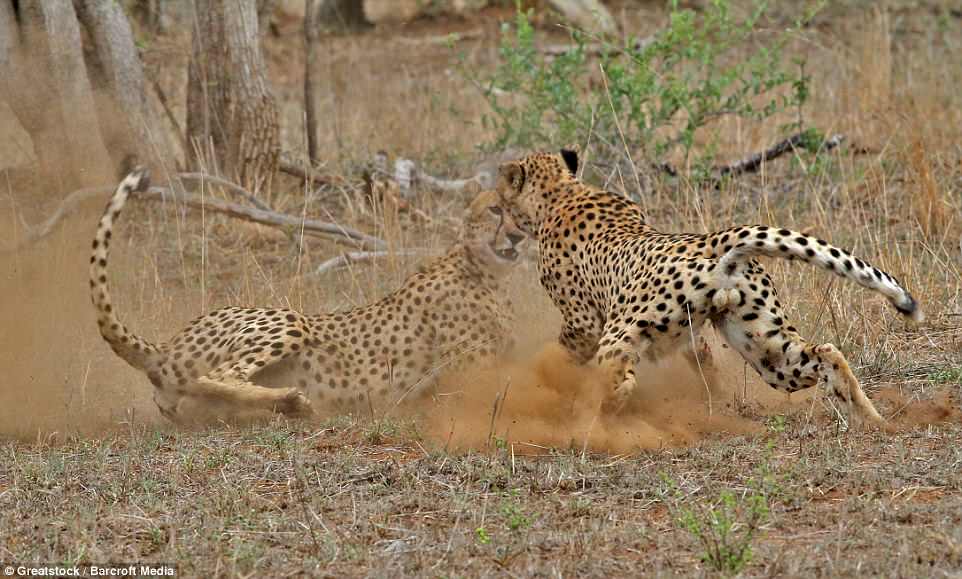 Come at me bro: It is not known why the cheetahs were fighting, but it may have been over territory or a female 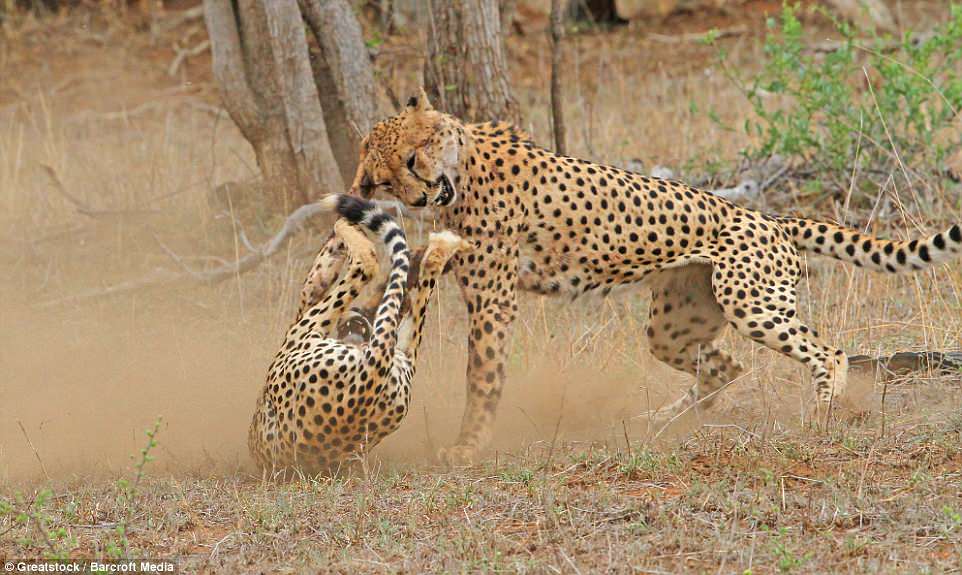 You’re hurting me: One of the cheetahs suffered worse injuries than the other, according to the photographer 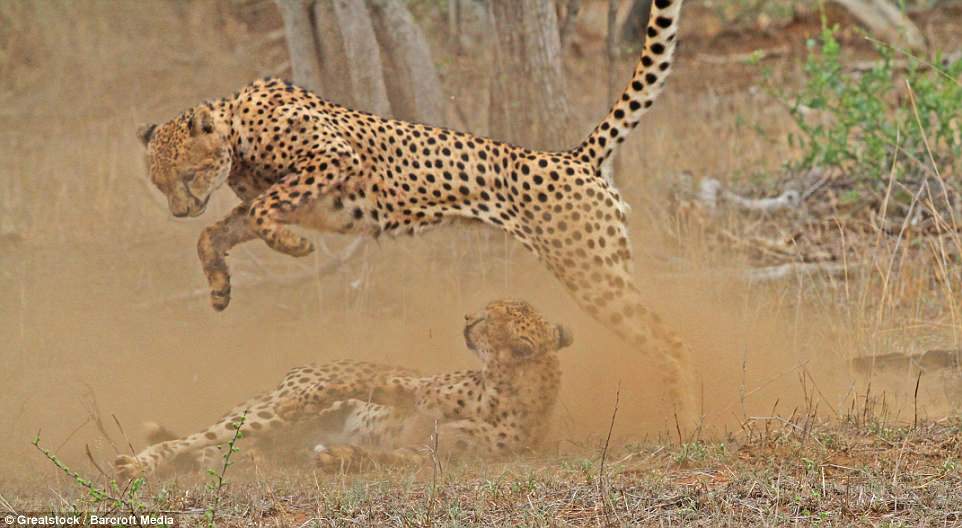 Recovery: The injured cheetah spent almost two days in the same spot, wallowing in his pain, licking his wounds