A pet cat who somehow escaped his home and survived the wildfires in northern California last year with all lives intact returned to his family in Missouri on Friday.

Paul and Sandra Ritchie feared that Dexter, one of their four cats, was gone forever when he disappeared during the evacuation from Paradise, California, on November 8 ahead of the deadly Camp Fire.

‘He took off and hid someplace, so we left him in a closed up house to burn down’ Paul Ritchie told Fox 2 St. Louis.

‘How he got out I don’t know. How he managed to not get burned I don’t know because when we left our property was totally in flames.’ 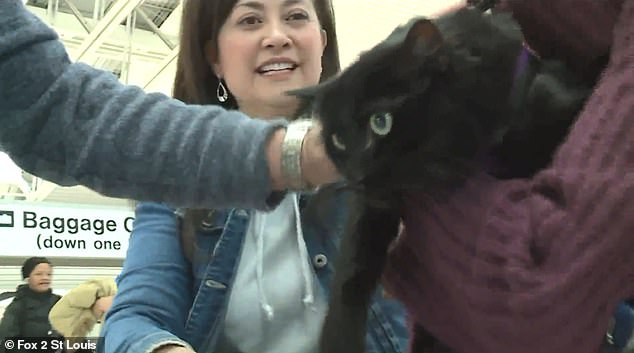 In an emotional scene, Dexter is scooped up by a weeping Sandra Ritchie out of his carrier bag after five months of separation from his family

The black feline then spent 103 days surviving in the aftermath of the fire before being taken in by Field Haven Feline Rescue Center.

Because he was micro-chipped, the rescue center was able to reach the Ritchies now living in Defiance, Missouri.

‘I’m starting to get choked up,’ Paul said to his wife as Dexter and his the Field Haven volunteer Leslie Zaletel were about to arrive at the airport.

‘Hey, that’s my line,’ Sandra quipped back before Dexter arrived for their emotional reunion. 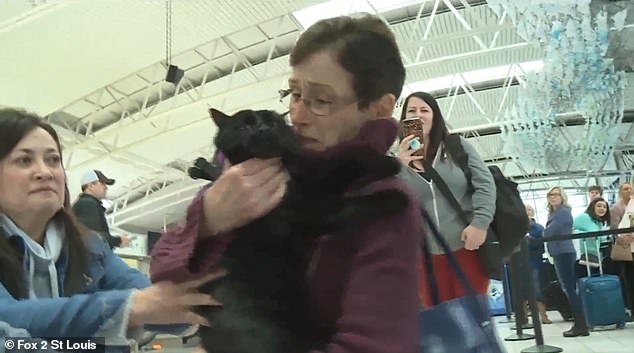 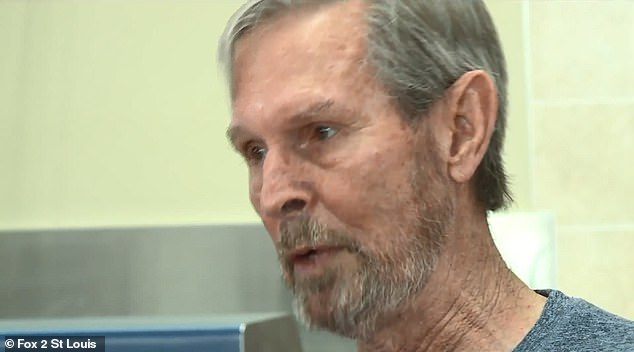 Paul Ritchie explains that Dexter disappeared during the frantic evacuation from the oncoming wildfire last year, and he could not explain how the cat survived after they closed up the home in Paradise, California 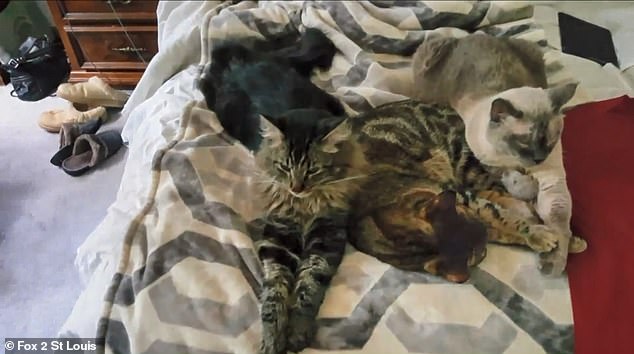 Dexter’s fellow cats in the household escaped with the Ritchies, and he would be reunited with them upon arriving at his new home in Defiance, Missouri

‘Oh Dexter baby,’ Sandra Ritchie sobbed as she embraced her cat for the first time in five months.

‘He knew my voice and when I said “do you want a treat?” he perked up,’ Sandra excitedly said.

More pets like Dexter are lost among the ruins of Paradise, according to the Field Haven Rescue Center still looking to reunite more families. 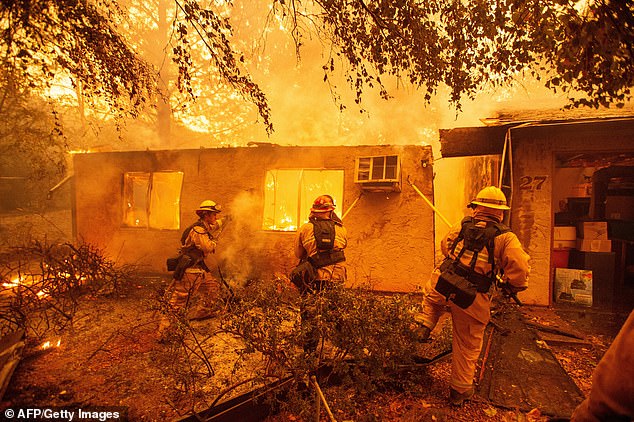 Firefighters push down a wall while battling against a burning apartment complex in Paradise, California on November 9, 2018 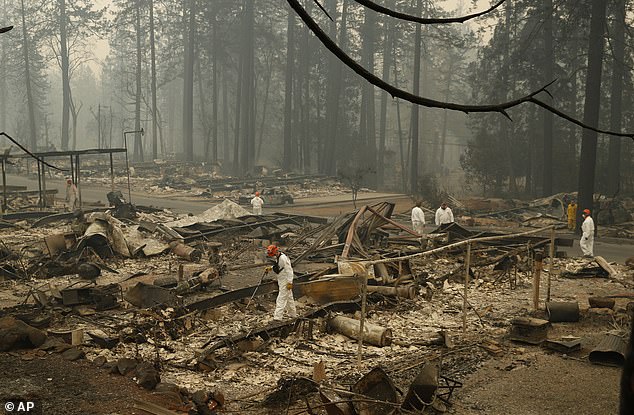 ‘There are still a thousand cats out there,’ said Zaletel. ‘This is going to be at least a year or two long project.’

Dexter was luck to live through the worst wildfire in California history. The  2018 Camp Fire killed 85 people and destroyed the entirety of Paradise, California, last November.

Last week, the embattled Pacific Gas & Electric says its equipment may have ignited the deadly blaze after a transmission line lost power right before the fire and was later found to be damaged.